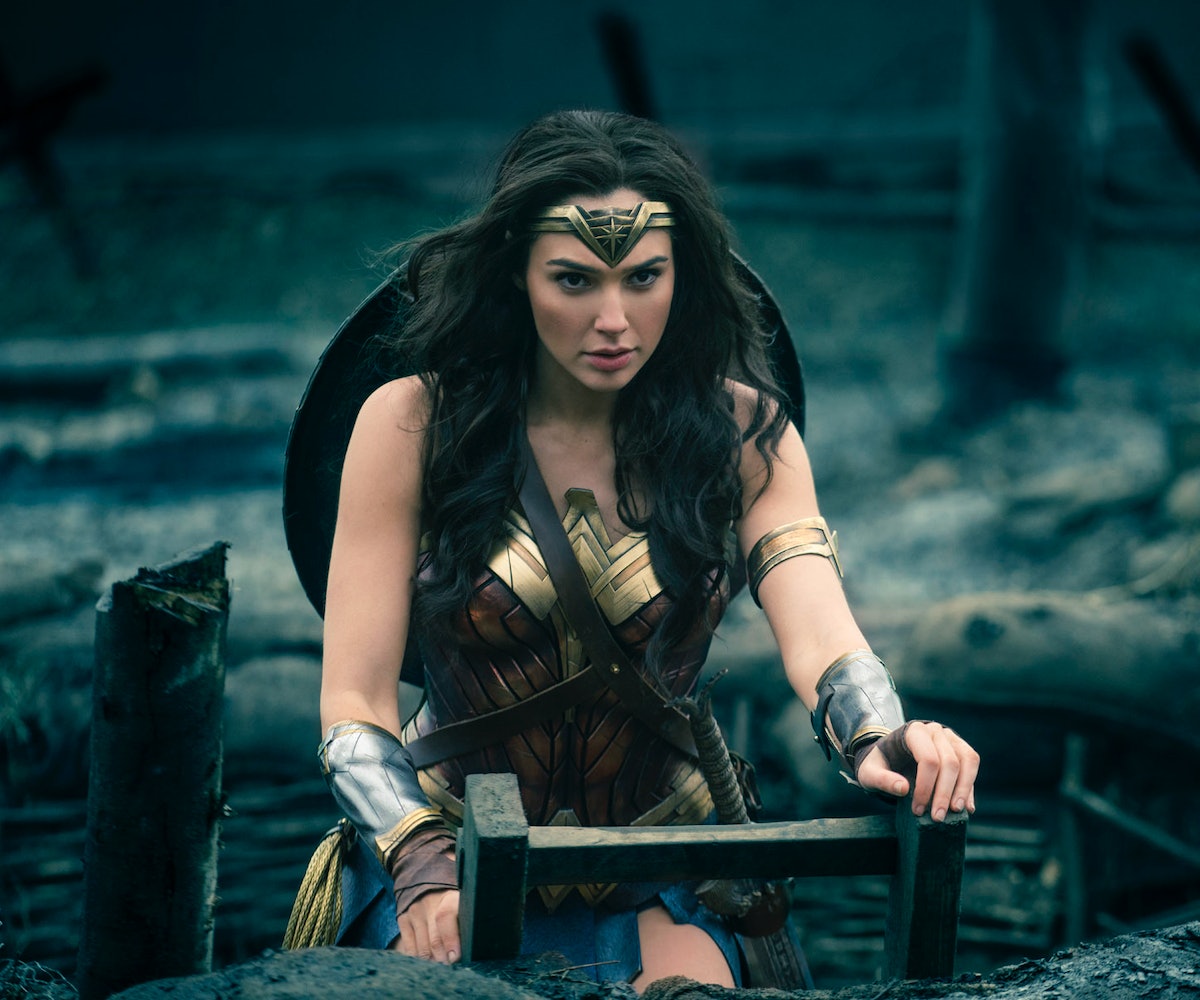 Over the weekend, Wonder Woman surprised everyone—including the studio that released it—by grossing $103 million dollars at the domestic box office. Warner Bros., whose DC Extended Universe had stumbled with the poorly received Batman v Superman and Suicide Squad, badly needed the Patty Jenkins-directed blockbuster to be a hit. The studio had initially projected the movie would make between $65 and $70 million, which would have been a welcome total for a character as untested with audiences as the Princess of Themyscira. But thanks to near-unanimous praise from critics and positive word of mouth bolstered by a star turn by Gal Gadot, Wonder Woman just had the best opening weekend ever for a female-directed movie, vaulting past Sam Taylor-Johnson’s Fifty Shades of Grey ($85 million). And its success wasn't just U.S.-specific: Wonder Woman also took in $122 million overseas, for a total of $225 million.

Given that Wonder Woman not only stars a woman but also happens to be directed by a woman (still a ridiculous rarity in Hollywood), these are historic numbers, and could have a notable impact on an industry with a very suspect track record when it comes to female representation in front of and behind the camera. Reviews for the film praised Jenkins for nailing the right tone: a balance of snappy humor, emotional resonance, and show-stopping action that Zack Snyder failed to achieve with his grim and incoherent Batman v Superman, the movie that first introduced audiences to Gadot’s Amazonian warrior last year. Warner Bros. domestic distribution president, Jeff Goldstein, was quick to credit Jenkins with the movie’s success. “Patty's vision mesmerized the audience. She is a real talent. Clearly, this is a movie that is resonating with moviegoers around the globe," he said. "I am sure we will be seeing a lot more of Diana on the big screen."

Given its resounding success, a Wonder Woman sequel is a sure thing (although curiously, one has yet to be greenlit), and Jenkins, whose last feature film was 2003’s Oscar-winning Monster, is a near certainty to return as a director. But audiences won’t have to wait that long for their next Diana Prince fix. The character will next be seen in November’s superhero team-up, Justice League, which will reunite her with Ben Affleck’s Batman and Henry Cavill’s Superman and which is being directed by Snyder.

In the wake of the movie’s strong opening, pundits will be letting the hot takes fly about whether or not this will lead to a sea change in Hollywood. In 2016, only 7 percent of all directors who worked on the top 250 grossing films were women. That’s actually down from the year before. The conversation about diversity in Hollywood is definitely being had—see Nicole Kidman’s recent comments about the lack of female directors at Cannes—but that hasn’t translated into more female directing hires. And had Wonder Woman flopped, it's likely that studios would be even more reluctant to hire female directors for their tentpole projects.

The question, then, is will Wonder Woman, and more specifically Patty Jenkins, be the first in a new trend of female directors helming superhero tentpoles? Yes, and no. There are already several in the works, the highest-profile one being Marvel’s Captain Marvel, starring Brie Larson. The Oscar-winning actress is slated to play Carol Danvers, an air force pilot who gains superpowers after an alien encounter. The studio announced that filmmaking duo Ryan Fleck and Anna Boden will direct the film—which was co-written by two women—making Boden the first female to helm a movie in the Marvel Cinematic Universe, the current gold standard of franchise moviemaking. (To be fair, the studio offered its upcoming Black Panther to Ava DuVernay, who passed on the project.) And just last month, Sony, which is creating an offshoot Marvel Universe with lesser-known characters the studio owns the rights to, announced that Gina Prince-Bythewood (Beyond the Lights) will direct Silver and Black, focusing on the Spider-Man characters Silver Sable and Black Cat. The announcement makes Prince-Bythewood the first woman of color to direct a superhero movie.

Before Wonder Woman, female-led superhero movies were seen as box office poison, largely thanks to mid-aughts disasters like Catwoman and Elektra. Those movies, both directed by men, were campy disservices to the characters and the actresses—Halle Berry and Jennifer Garner, respectively—who portrayed them. This likely led studios to believe that men were not willing to turn out to female-driven superhero movies. By the time Scarlett Johansson’s Black Widow appeared in 2010’s Iron Man 2, female superheroes were nonexistent outside of the X-Men franchise, where they were part of a larger ensemble, with male characters as the focus. And despite Black Widow’s popularity—she’s appeared in five Marvel films —the character has yet to headline her own movie. Earlier this year, Marvel head Kevin Feige confirmed that this was going to change, but the fact that it has taken so long is yet another indication that studios still fear failure in that arena; they just haven't been convinced that men and women will come out to support women-led films. And yet, 52 percent of this weekend’s audience for Wonder Woman were female, meaning 48 percent were male. Meaning, Wonder Woman proved what studios should already know: People of both genders will go see your movie as long as it’s, you know, good.