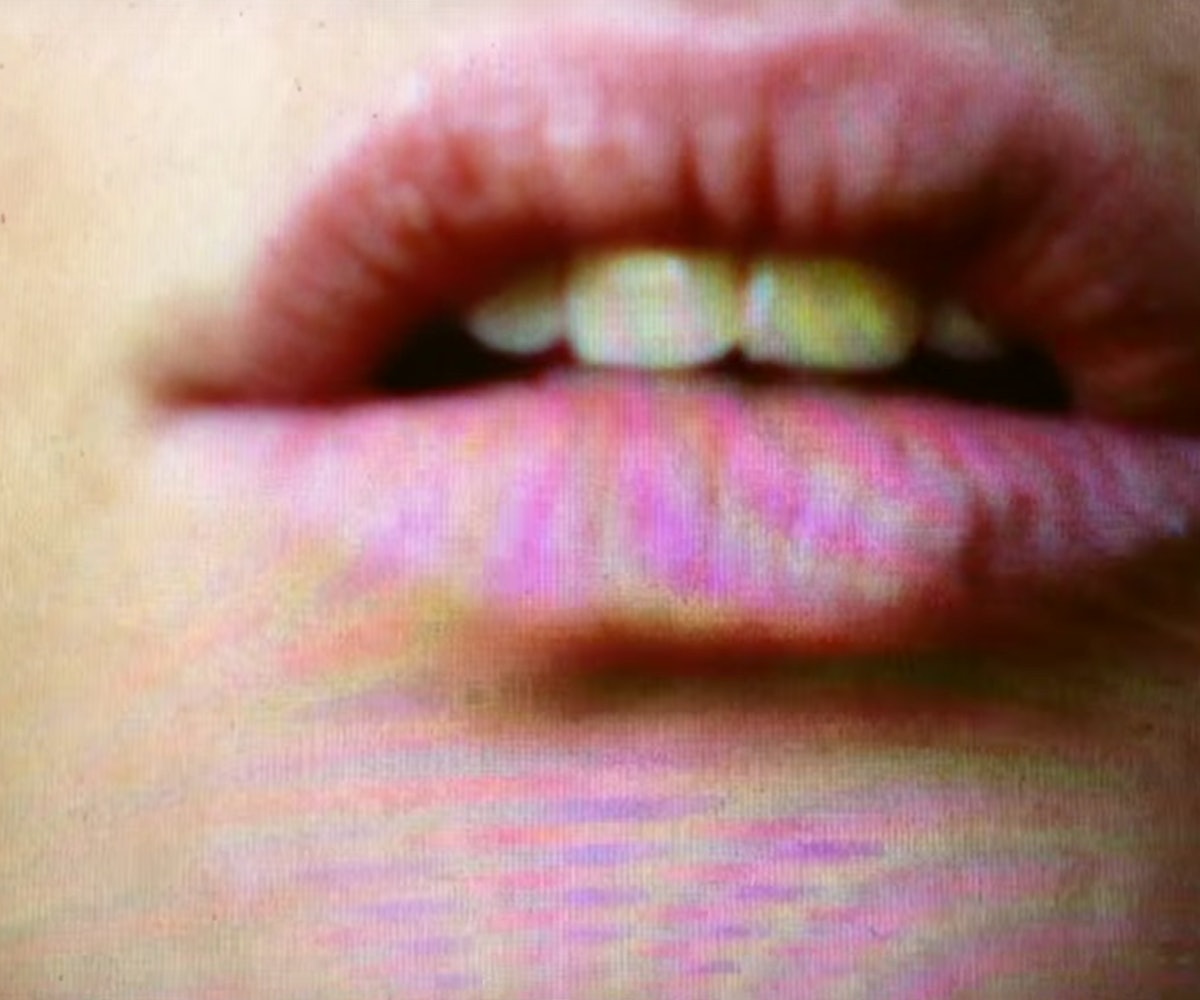 There are few things more painful in life than a breakup. Sometimes, they're pretty smooth—perhaps you've both grown apart, and you acknowledge that in order to move on in a healthy, mutually beneficial way—but sometimes, it feels like the love of your life has ripped your heart out and thrown it in the food processor you bought when you moved in together. Either way, it probably feels like someone performed a lobotomy on your frontal lobe. Sigh. Sure, you'll move on in due time, but that doesn't make it any easier. And so you withdraw from your pre-breakup life, indulge in whatever "vice" your ex judged you for, and subside on a diet of angsty poetry and a killer playlist. And whether you actively know it or not, the music you listen to during this time says a lot about you as a person, as well as the way that you handle a breakup. Ahead, find out what your favorite breakup song says about you.

"Don't Speak" by No Doubt

When you've spent what is, in your opinion, your most formative years with someone and craft an entire life around them, it's hard to let go. But even though you know that pretending it's still working is one of the most destructive things for both of you, creatively and emotionally, you still want to perpetuate the idea that your relationship could be one of the best '90s-inspired love stories of all time. So, you cuddle up in your crop top and cargo pants and disobey everything your bedazzled third eye is telling you, and attempt to escape the reality of the situation.

"Under Control" by The Strokes

You've always been somewhat disillusioned with modernity, and a huge part of that is the way that relationships are built nowadays. Things were a lot simpler once, but things have gotten a bit out of hand in just about every way, and all of a sudden, it seems pretty stupid to continue believing that you're interested in fostering a healthy relationship. You're pretty detached from just about everything in your life, anyways.

"Breaking Up" by Charli XCX

Honestly, you were never into your ex anyway, so this whole ordeal is more amusing to you than anything. There's nothing more abhorrent to you than the concept of Netflix and Chill, and how it has escalated in recent months, and you've really never been into all that sappy shit, either. So to celebrate your breakup, you put on your best Spice Girls gear and jump around your room singing at the top of your lungs. Anything else would be tawdry.

"You're Not Good Enough" by Blood Orange

Things have been pretty easy for you. They have been your entire life. Everyone's fawned over you, and you've never been short of just about everything. But in a way, that makes it harder for you. Others may not get it, but no one has ever been able to make you feel quite whole. Not that you're really sweating it—it's just a fact of life, like the fact that your ex was just a little toy for you to play with.

"Dancing On My Own" by Robyn

You may have been burned, but you're not naive. And, yes, it did hurt when you found out your ex was cheating on you, but who cares? This whole ordeal is really only freeing up some more time for you to do your own thing and bask in your general awesomeness.

"Don't Want To Be Your Girl" by Wet

If you're going to be truthful, you never wanted to be anyone's girl. You're your own being, you're a feminist with some serious indie credibility, and you're inherently against every harmful idea perpetuated by mainstream society. And instead of being that girl in that primetime television show that lets herself get put down by some mediocre half-wit that thinks he's deep because he reads Nietzsche from time to time, you're going to end it. And you're not going to look back because, really, why would you?

"We Are Never Ever Getting Back Together" by Taylor Swift

You've changed your minds on a lot of things over the past few years—overalls, thick-rimmed glasses, headbands, crop tops, fit-and-flare skirts—but it's not your fault. As a member of Generation Z, you're constantly being told that things are cool one day and that things aren't cool the next. So when you got that Snapchat from your ex saying that he missed you, you thought it was totally sweet and decided to let him back into your life and your heart. After all, you were once the It-Couple. And it was going well for a while, but after Homecoming, something switched, and all of a sudden, he started exhibiting totally psychotic behavior. You even confirmed it with a quick Google search. You broke it off, told him you were done, but he still wants you back. I mean, sure, you're totes irresistible, but he's being a total psycho. And, like, he should totally quit it because you are never going to get back together. Like, ever.

Everything seems dark. Everything is dark. A relationship, as with life, is finite. What was the meaning of it all, anyway? At least you have those memories, you tell yourself. You can't help but fixate on how different everything is, and you probably won't be able to move on for a while. So for the time being, why not just wail on about everything?

Breakups are hard. Especially if you're a 16-year-old who thought they had finally found their one true love in life. No one understands our connection, our bond, you said. Not our parents, not our friends... No one. No one but us, that is. And then, one day, it was all over. Gone were the days when you would listen to The Smiths for hours on end, singing about how you wouldn't mind if you were both hit by a 10-ton truck, it would all be okay. You closed the drapes, turned off the lights, turned on your record player, and laid on the cold floor, sobbing for days on end. Teen angst, it can get to us all. And that part of you will forever live on, especially after a fresh heartbreak. Now no one can truly understand your pain, aside from Morrissey, that is.

You've never been one to accept things at face value, or ideas that others have told you as truth. And so you wrap yourself up in a cloak of illusion, and let your mind run wild with all of life's vast possibilities. And it gets you into trouble, sometimes. But to you, unrequited love is the purest form of intimacy, and you would rather let yourself caught up in its Technicolor than live a bleak existence.