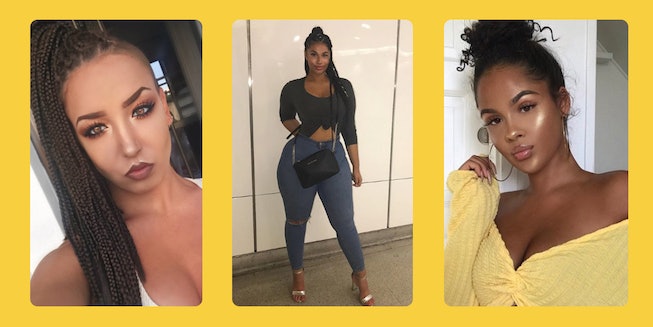 According to a recent thread on Twitter, there are a number of white Instagram models “cosplaying” as black and, well, see some of the examples for yourself below.

Twitter user @WannasWorld started posting screenshot examples and called for people to send along those they also found. The result: a ton of responses of what looks to be young white women altering their skin tone and hair to appear racially ambiguous. The Twitter user used the term “cosplaying,” but appropriation would be a more accurate term in my opinion.

As we’ve seen time and time and time again, posing as though you belong to a culture or race other than your own isn’t okay. It’s even more offensive when the people you’re dressing up as are vilified for the way their hair looks or the color of their skin while you’re praised. Later on in the thread, Kim Kardashian and, of course, Rachel Dolezal were brought up as more mainstream offenders.

A couple of hours later, another Twitter user started a thread with another photo of a young white Instagram blogger, who allegedly altered her looks to appear Asian.

Who else is tired?