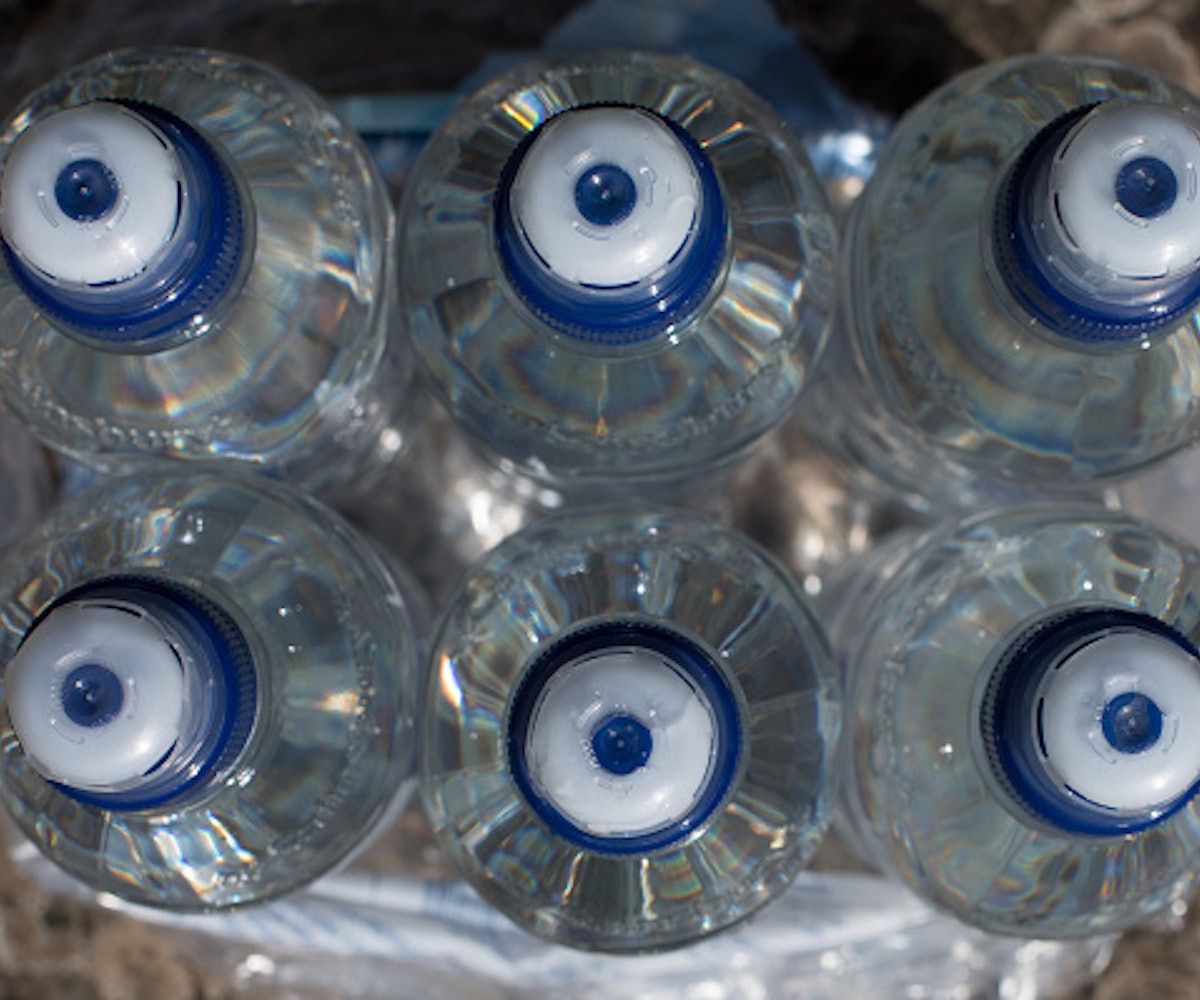 In the latest installment of “White Woman Calls the Cops on Black People For Minding Their Own Business,” Alison Ettel, now known on Twitter as #PermitPatty, phoned the police after seeing eight-year-old Jordan Austin selling bottles of water on the street in San Francisco. Austin's offense? She was selling water without a permit, just like countless other children across America have done at lemonade stands. A video of the confrontation was uploaded to Instagram by Austin’s mother and also shared via Twitter by Austin’s cousin, and it makes clear the difference between children who don't have the cops called on them and Austin: Austin is black, Ettel is white, and there's a long tradition of white women using the police to exact revenge on people of color for the most petty of complaints.

There has recently been a slew of incidents in which white women felt compelled to use 911 as a means of harassing and intimidating black people for existing in public spaces. Whether black people are barbecuing, sleeping, moving out of Airbnbs, or going to Starbucks, the threat of law enforcement intervening is never far away—and it's always terrifying.

Black Americans are raised knowing they must navigate our police state with precision in an active effort not to be murdered. We are disproportionately targeted and killed by law enforcement officials, many of whom are never charged with a crime or significantly punished. This is a direct result of the state’s effort to control and police black and brown bodies. There is no good reason to contribute to the already difficult and frequently deadly relationship between police and people of color unless you are in immediate danger or are witnessing an emergency.

Use of the police to control the movement of black people is a form of violence; there's no way to guarantee that it won’t result in a confrontation with irreversible consequences. Tamir Rice was murdered at point-blank range for playing with a toy in a park. Who knows what the outcome of Austin selling water could have been? Equally as worrisome, why was Ettel willing to run the risk of finding out?

A host of factors contribute to white women's use of 911 as a personal customer service hotline, but none of them are valid, and most rest upon the idea that the police are there to cater to white women's racially motivated discomfort, and they all show a complete disregard for the potential repercussions of calling the cops on black people. It is a violent tool of privilege, brandished with wild, irresponsible ferocity upon people who are doing their best to survive in a system which actively targets and kills them. And it needs to stop.

A similar dynamic is at play with the recent reliance on ICE by American bigots who want to ethnically cleanse this country. In both situations, law enforcement agencies are actively dismantling families on the basis of biased laws which treat race as valid grounds for discrimination.

Recognizing that white women—even those who might not automatically recognize that they are operating from a racist place—utilize the force of the white supremacist patriarchy to maintain their idea of "order," is the first step in changing the system. The next step is making sure white women hold each other accountable. If you see it happening, step in. Those of us with extreme privilege must use it to alleviate the burden for people who can’t protect themselves. Advocacy and being an ally are essential acts, not just because they're the hallmarks of empathy but because it can mean the difference of saving someone's life.

NEXT UP
Culture
6 Shows To Binge Once You've Finished 'The White Lotus'
Beauty
This Viral Black Honey Lipstick Dupe Is Only $5
Beauty
Charli D’Amelio and Landon Barker Wore His & Hers Goth Manis To The Grammys
Culture
An Ode To Stripperweb, The Beloved Sex Worker Forum
Style + Culture, delivered straight to your inbox.