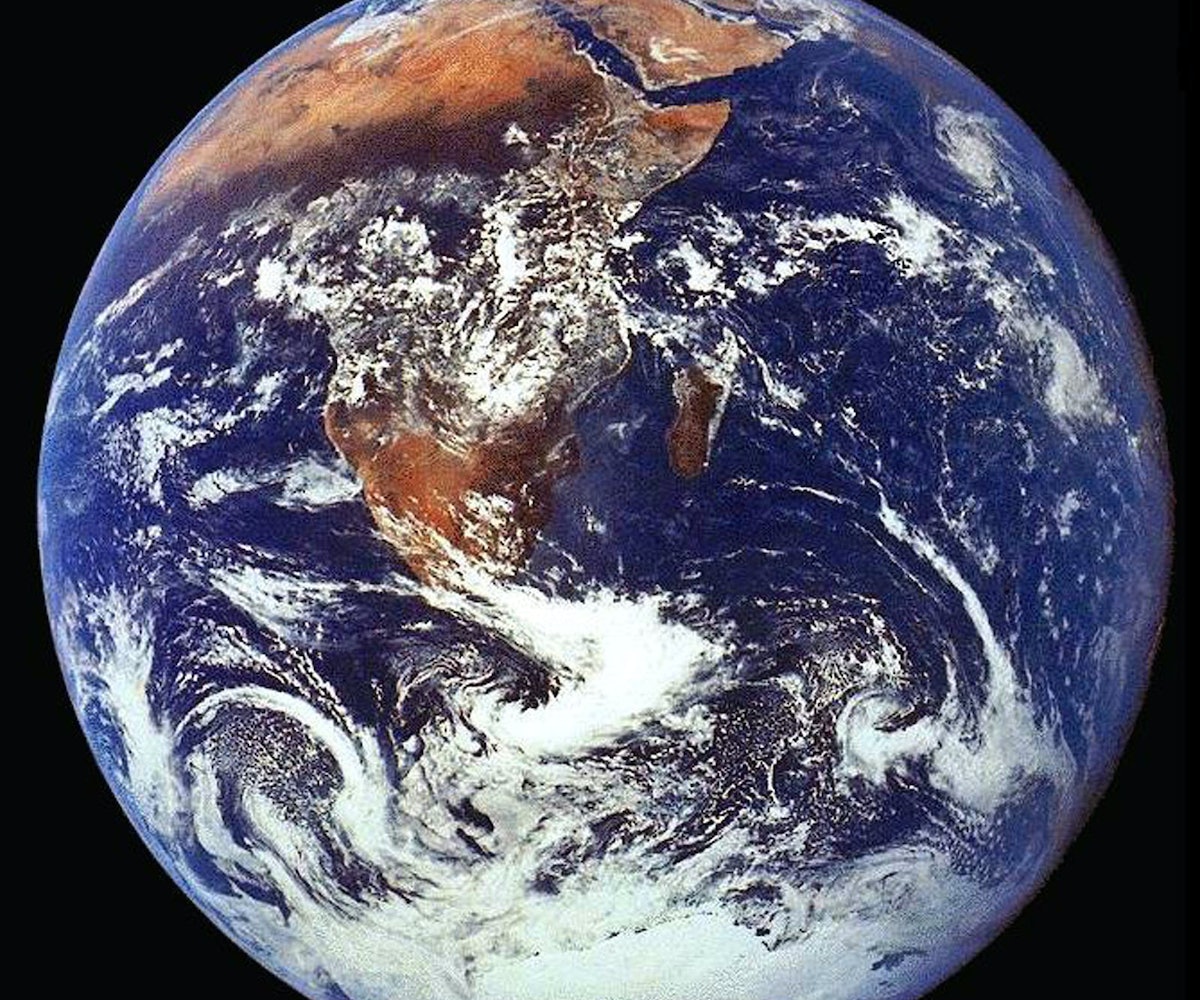 There are many reasons to be outraged and fearful about a Trump presidency, but perhaps the most existentially threatening reason—on a global level—is that Trump does not take the impending crisis of climate change seriously. Trump is, after all, the same man who once tweeted that climate change is nothing more than a hoax perpetrated by the Chinese. And though Trump denied making that tweet during one of his debates with Hillary Clinton, it's becoming more and more clear that Trump has no intention of treating climate change in an appropriately grave manner. Need proof? Trump is reportedly considering putting Myron Ebell in charge of the Environmental Protection Agency (EPA), and has already put Ebell in charge of the transition team for the EPA.

I know what you're thinking: Who? (When trying to Getty Image-search photos of Myron Ebell, I was asked "Do you mean Moron Bell?" Which, no. And yet.) Rather, Ebell is a vocal climate change denier and has headed the Center for Energy and Environment at the Competitive Enterprise Institute, which has received large amounts of funds from ExxonMobil, as well as the Cooler Heads Coalition, which works to discredit the scientific evidence surrounding global warming. Ebell also has the honor of being called out as a "sound-bite artist" and an "oil-industry mouthpiece" by Vanity Fair, whose 2007 profile of him is eerily prescient in how it presages the rise of Trump; when faced with hard facts about global warming, Ebell barely acknowledges them and simply changes the subject to something he's more comfortable discussing. It's unnerving.

The appointment of Ebell to the EPA's transition team, and his probable appointment to head the EPA, is alarming to all people who care about the future of this planet, to say nothing of this country. Trump has actively promised to divert funding from and even completely dismantle the EPA, to get rid of Presient Obama's Clean Power Plan, and to withdraw the United States from the Paris Agreement, which was designed to be an essential part of decreasing greenhouse gas emissions worldwide. As the New York Times points out about the latter:

The Times also quotes John Sterman, a professor of system dynamics at the Massachusetts Institute of Technology, who wrote this the morning after election day: "Pessimists will find abundant support for despair this morning."

We couldn't agree more. We can, though, consider donating time and/or money to organizations like EarthJustice, NextGen Climate Action, and the Sierra Club.