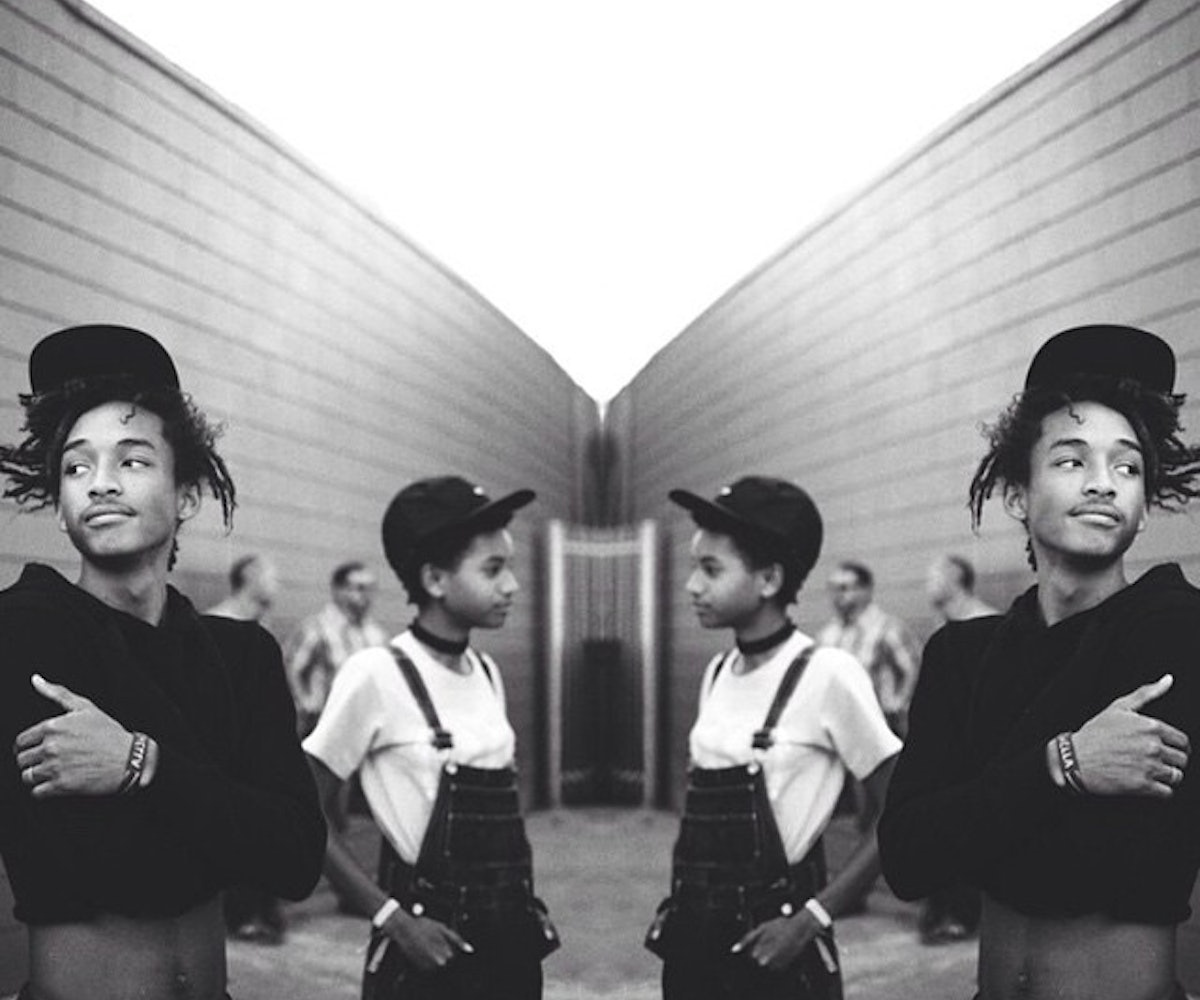 Dear philosophers, cosmologists, and angsty teens: you can stop searching for the meaning of life, love, and the universe as a whole. Because at ages 14 and 16, respectively, Willow and Jaden Smith have already figured it all out—or so they claim.

In a recent interview with The New York Times' T Magazine, the Smith siblings sat down and proved one of three things: 1.) That they have somehow mastered higher levels of consciousness than anyone on the planet, ever. 2.) That growing up in Hollywood does really strange things to children, warping their minds and making them well-spoken and delusional in the process. 3.) That they're aliens sent to enlighten the human race. (To be honest, they may have proved all three at once.)

When asked what their "experience of time" was and if they felt as if "life is moving really quickly" (we believe the interviewer was asking whether they felt they were growing up too fast), Willow answered, "I mean, time for me, I can make it go slow or fast, however I please, and that’s how I know it doesn’t exist." Jaden added, "It’s proven that how time moves for you depends on where you are in the universe. It’s relative to beings and other places. But on the level of being here on earth, if you are aware in a moment, one second can last a year. And if you are unaware, your whole childhood, your whole life can pass by in six seconds. But it’s also such a thing that you can get lost in." How exactly does one know this? Well, as Jaden explains, everyone has an inherent theoretical physicist inside themselves.

If you haven't exactly figured out how to access that part of yourself yet, don't worry. Apparently the only ones who can are the siblings themselves and Stephen Hawking—but Willow and Jaden may have an unfair advantage seeing as they've been writing novels since they were 6 years old and read Osho, The Ancient Secret of the Flower of Life, and "things that can't be pre-dated." Only they're able to fully grasp the concept of mind, which is dual in nature, and break it down into simple terms like, "When you think about an apple, you also think about the opposite of an apple. It’s a tool for understanding mathematics and things with two separate realities."

The only way to reach a state of total being, they say, is through breathing, channeling prana energy, realizing that life is like "a fragment of a holographic reality that a higher consciousness made," and creating art. It's something you can't learn from school—in fact, school might even aggravate the situation. "Here’s the deal: School is not authentic because it ends. It’s not true, it’s not real. Our learning will never end. The school that we go to every single morning, we will continue to go to," says Jaden. "I went to school for one year. It was the best experience but the worst experience," adds Willow. "The best experience because I was, like, 'Oh, now I know why kids are so depressed.' But it was the worst experience because I was depressed." Seems like the curve at the school of life is a little more forgiving than Beverly Hill High.