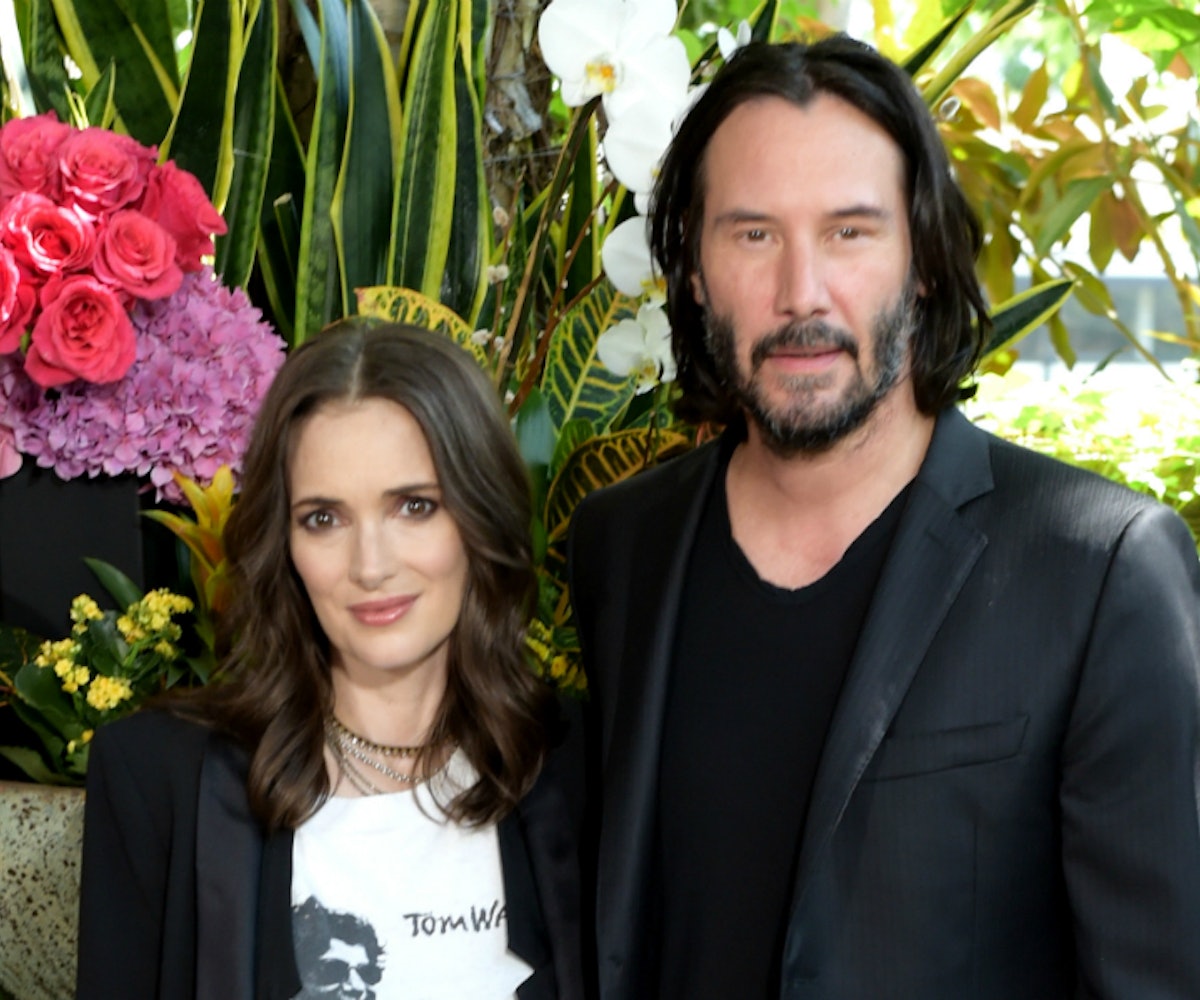 Winona Ryder and Keanu Reeves might be celebrating 25 years of marriage... and they didn't even realize until now. During an interview with Entertainment Weekly for their upcoming rom-com Destination Wedding, Ryder revealed that their marriage in the 1992 film Bram Stoker's Dracula might have been more than just acting.

Reeves poked fun at Ryder for the exclamation, but Ryder insisted that it all may still be quite legal in Romania where the film was shot. Even better? It all went down on Valentine's Day. With all the evidence laid on the table, Reeves had to admit, "Oh my gosh, we’re married." My heart is filled with joy for them.

PS, Keanu: 25 years is the silver anniversary! Get on that.