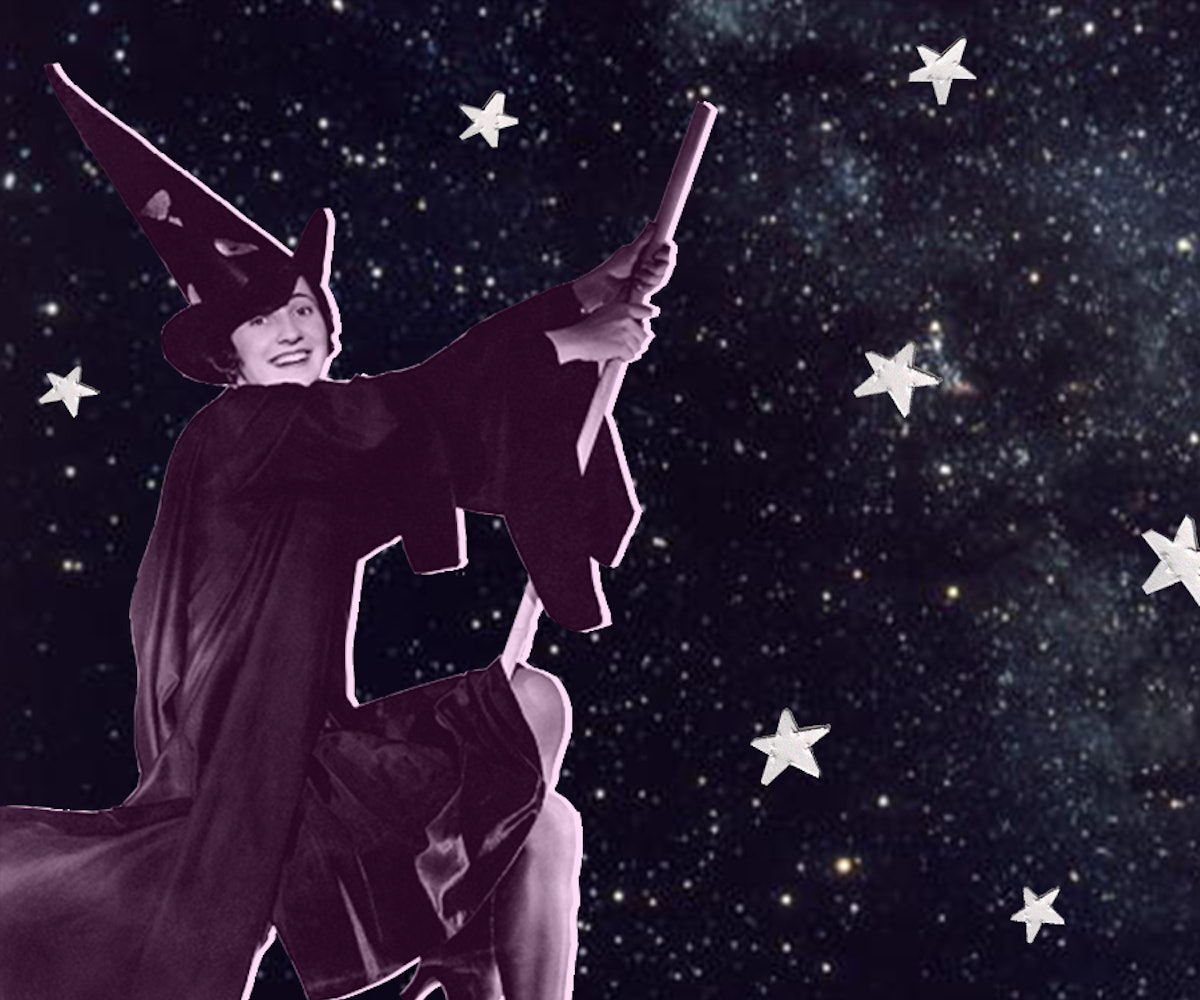 If you're looking to add a little magick to your next vacation, not all roads lead to Salem. Around the world, cultures have been practicing different variations of magick and healing for centuries, and many of their traditions are still around today. Of course, we can all agree relaxing on a beach with the waves slowly lapping in the distance is ideal. But what if you could couple it with a little healing for the soul as well? Isn't every vacation meant to take care of both body and mind? We've traveled the globe to find five unusual vacation destinations that will leave you feeling both refreshed and enlightened. From the deep forests of Brocken in Germany to the serene shores of Siquijor in the Philippines, there's a locale for every taste. Ready for an adventure? Take a dip into the cultural waters below.

Located in the south of Mexico within the state of Veracruz, Catemaco is a drop-dead gorgeous location, notable not just for its rainforests and sizeable lake (which is said to emit its own energy), but also its brujos, a community of (mostly male) sorcerers whose roots are steeped in the pre-Columbian period. Their magical practices are a mixture of those long-ago rituals as well as Catholic rites, with people seeking limpias (ritual cleansings), healing, or even a little something extra to help them with business dealings.

The main event every year is the Congreso Nacional de Brujas de Catemaco, officially known as Ritos, Ceremonias y Artesanías Mágicas (Magical Rituals, Ceremonies, and Handicrafts), which attracts about 200 shamans, healers, herbalists, psychics, fortune tellers... and about 5,000 visitors. Held on the first Friday of March, the three-day event begins with a "black mass" on the edge of Lake Catemaco, and the hours just after the event are best to seek out a shaman, as it is believed they are most powerful after the mass purification. Beware of con artists who claim to be authentic brujos, and take the time to find an authentic practitioner.

Beyond the fest, the area also offers loads of beautiful surroundings including Isla de los Monos (Monkey Island), which is home to stump-tailed macaques originally from Thailand. On the northeastern shore of the lake, in the rainforest of Reserva Ecolólogica de Naciyaga, you can take part in a shamanic-style "spiritual cleansing" or dip in a spa of mineral mud.

Peru has long been known for its shamanism history. A number of the "great masters" can still be found in the Amazon Basin in jungle towns where the practice continues in its least changed form. It trickles down into the bustling city of Lima where, hidden underneath the Gamarra Station, is the Mercado de las Brujas. It is here where bustling city life meets traditional folk medicine, still widely practiced by many in the country.

Within, you can find everything from ritual candles and sea shells to cactus leaves and hatun hampi (a mixture of local dirt, rocks, seeds, and spices), all with guarantees to improve some portion of your life. The stalls are operated by a mixture of salespeople and shamans, making it relatively easy to find a healer or herbal expert should you seek guidance or a reading. If you have the stomach for it, the most proffered potion is made from a puree of frog, pollen, coca, quail egg, honey, local fruit, and a syrup from the black carob tree, and is said to cure everything from respiratory ailments like asthma to anemia. Make sure to keep your wits about you as any crowded area makes for easy pickpocketing.

After the market, Lima offers a wide array of cultural activities, including historical ruins or huacas, ancient Catholic churches, and, of course, the stunning 15th-century Inca citadel of Machu Picchu. If you're feeling daring, there are retreats where, in a safe and monitored environment, you can try the herbal and hallucinogenic concoction of ayahuasca in the same sacred rituals that Peru's shamans have used for centuries.

Located in the Central Visayas region of the Philippines, Siquijor has had a long-time reputation of a place of magic and sorcery. In recent years, high-end hotels have popped up making it tourist-friendly for those who want to come and partake in traditional medicinal practices. During Holy Week Celebration, healers and herbalists come together to prepare concoctions made from a variety of tree barks, herbs, and other local ingredients collected from the island's mountains, caves, and seas. These are all combined with secret substances and coconut oil, and then brewed to create potions that are bottled and sold. There are also objects, like bracelets, that are infused with ingredients and intent, meant to help in everything from love to business opportunities. Head over to Bandilaan Mountain View Park, in the capital town of Siquijor, for the annual event. There, visitors can view and observe traditional cooking and healing activities. Just bear in mind that in some portions of the island, you can be as much of a tourist as you want to be, but others, like Cangmatnog, mandate no interviews, cameras, or video.

Perhaps the best part about Siquijor is the setting for all of this: Pristine, white sand beaches, waterfalls, caves, and jungle walks are all within arm's reach for the intrepid traveler. There's also Bandila, a natural park and butterfly sanctuary; the Mt. Bandilaan Mountain Resort, intended to be the healing center of the island; and some of the world's best dive spots. You don't even have to go deep to see the beauty; the island is also fantastic for snorkeling, so find the nearest cove and slip in the warm ocean water.

Straddling the former border between east and west Germany, the craggy peaks of Brocken are steeped in tales of witchcraft and magic dating back to pre-Christian times. The area's myths spread far beyond the borders of this tiny region, and people, from as far away as France and Sweden, have traded stories of strange happenings atop Brocken Mountain, where witches are rumored to gather on Walpurgisnacht aka May Eve. Hotel brochures in the area even depict witches on broomstick and stores sell everything from felted puppets to tarot cards, capitalizing on the area's legendary history. Come May 1, the local steam train even transforms into the Hexenexpress, traveling from the mountain's summit to Wernigerode—the "fairytale" town of colorful, half-timbered houses and sky-high turrets.

Wernigerode attracts about 6,000 Walpurgisnacht revelers dressed in costume—a sight to behold especially against the town's historic buildings. Come nightfall, it becomes a medieval fairground, with food, drink, and craft booths set up around a giant bonfire with stage plays and fireworks exploding in the background. Nearby, in the village of Thale, up to 35,000 arrive for the same event, taking in not only the wild costumes but the Walpurgishalle museum, which details everything about local myths and rituals. At night, a huge Walpurgisnacht bonfire is lit on a plateau above the Bode River chasm, known as the Hexentanzplatz, or the witches' dancing place.

This same festival is celebrated in other countries, like the Czech Republic and Estonia, but for the real deal, head to where it all originated. Not only will you get the most authentic experience, but you'll see the beauty of the mountains as well as the fantastical villages that surround the base, making you feel as if you stepped into Grimms' fairy tales.

Not only is beautiful La Paz the world's highest capital, set in a basin and surrounded by sharply rising peaks, it's incredibly affordable as a vacation spot, and has a culture rich in witchcraft. The Witches' Market, also known as El Mercado de las Brujas and La Hechiceria, is located in Cerro Cumbre, a mountain clearing within the city. Should you go, expect to find everything from medicinal plants to dried potions to tiny bottles with an assortment of items meant to be carried as amulets.

When walking around the market, you'll probably see yatiri, some of the last witch doctors left in South America. Marked by signature black hats and pouches filled with talismans and powders, the yatiri are said to have the power to contact the supernatural and deal in spiritual as well as physical matters. If you find one, you can have your future examined through a scattering of coca leaves, a "divine" plant known for having permeated every aspect of life, art, and mythology within the Incan Empire. While the majority of the yatiri’s customers are now tourists, locals still seek out the witch doctors to have their illnesses cured and to obtain spells to improve every aspect of their life.

After you're done nurturing your soul, explore everything La Paz has to offer from local salteñas, or meat pastries, to kayaking and even ski parks! We've already picked out La Paz as one of the world's best cities to get a bang for your buck, so what are you waiting for? The world awaits.