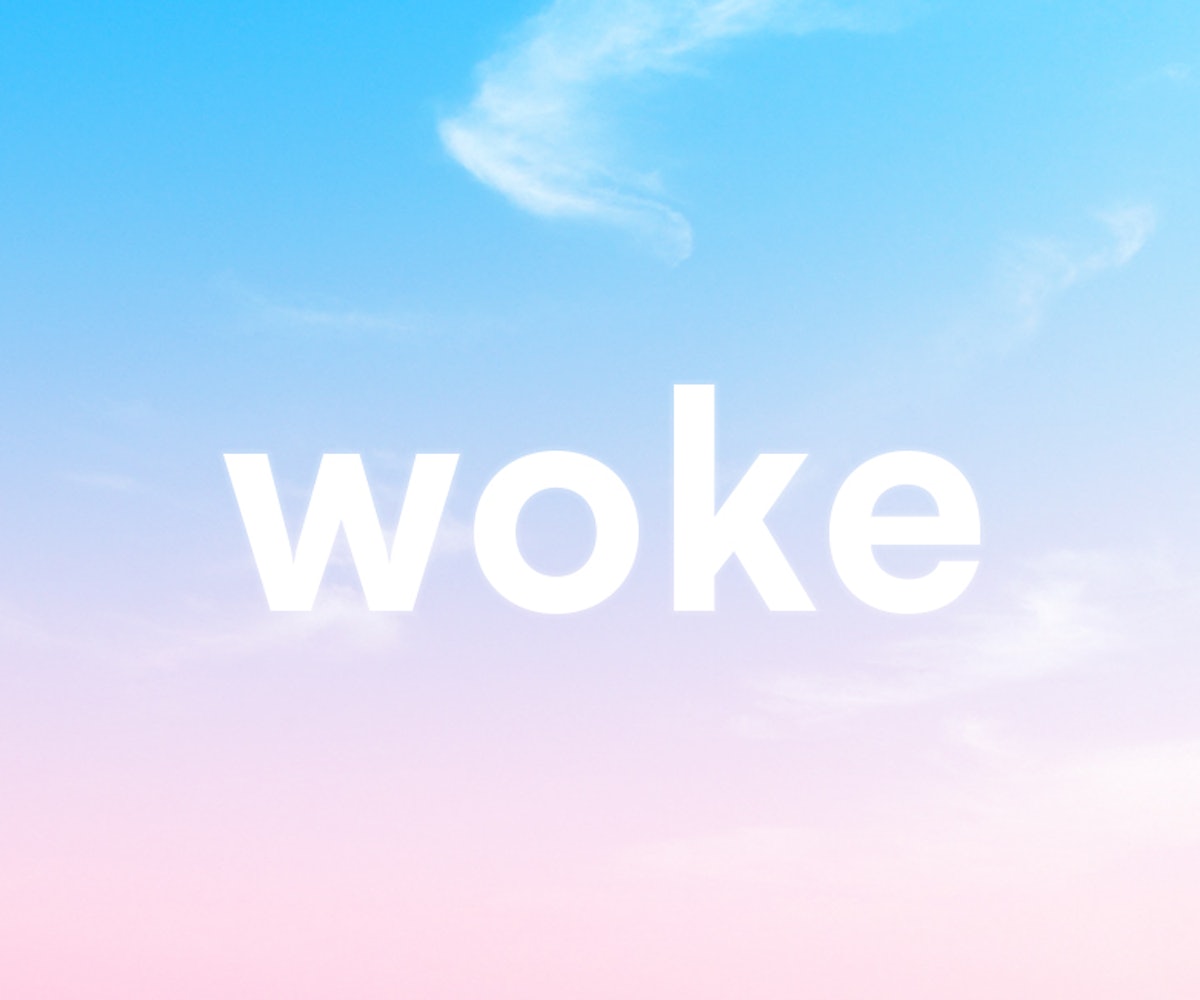 Every June, the Oxford English Dictionary goes about updating and adding words that have seeped into our common vernacular. It usually involves a bit of slang and internet language. This year, it's added "woke" because, well, it's an adjective worth putting into practice.

The OED officially defines "woke" as "originally: well-informed, up-to-date. Now chiefly: alert to racial or social discrimination and injustice; frequently in stay woke." Katherine Connor Martin, the head of US Dictionaries, explains that "woke" used to primarily mean "awake," but "by the mid-20th century, woke had been extended figuratively to refer to being 'aware' or 'well informed' in a political or cultural sense." She attributes its rise in popularity to the Black Lives Matter movement and dates its first use back to a 1962 New York Times article by African-American novelist William Melvin Kelley called "‘If you’re woke, you dig it’, which describes how white beatniks were appropriating black slang at the time." Talk about, uh, being woke.

Other words added to the OED include the adjective "post-truth," which deals with the spread and influence of fake news, and the noun "thing," which they're calling "a genuine or established phenomenon or practice. Typically somewhat depreciative, often in questions conveying surprise or incredulity." "Thing" is a thing now! How meta!

For more OED additions, head on over here.