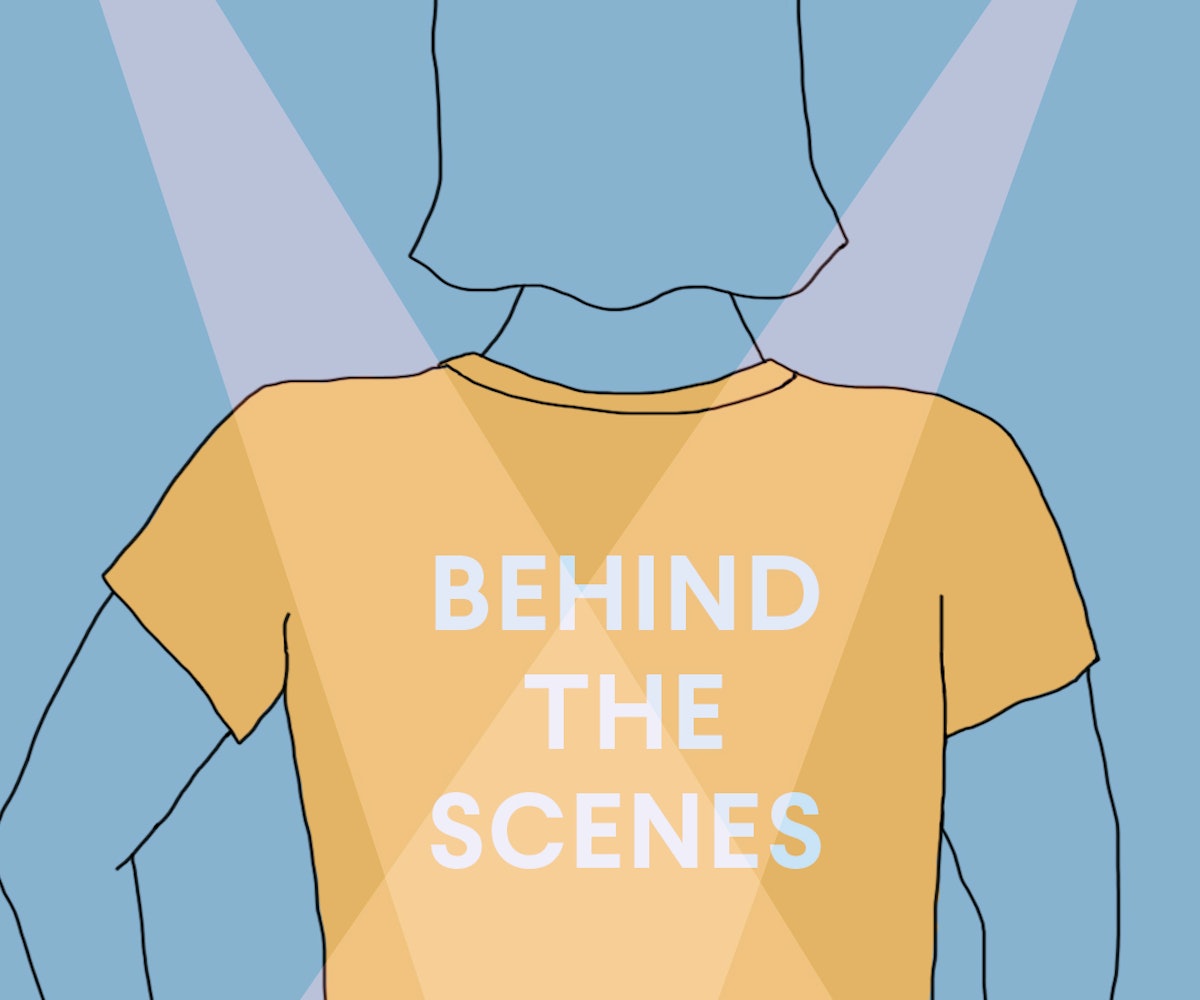 In 2014, 32 million people went to at least one American music festival; almost 15 million of those attending were millennials. To put that in perspective, that's about one out of every 10 Americans and one in every five millennials. And it's hard to believe those numbers haven't risen dramatically in the last three years, with every week seemingly bringing the announcement of a new festival lineup, each designed to attract as many people imaginable by appealing to as wide of an audience as possible. It's not just enough anymore to announce a few splashy headliners and assume the crowds will flock to the festival grounds. Rather, festival planners need to make sure that there is an abundance of activities in which attendees can participate, as well as that the lineups are stacked from top to bottom with a diversity of artists.

But despite active efforts to appeal to a wide range of people, festivals have undergone a great deal of criticism in recent years for ignoring one important segment of their potential audience: women. A 2016 article on the Huffington Post, explored the question of "music festivals' glaring women problem," noting that despite the fact that women make up approximately half of festivals' attendees, female musical acts have an extremely limited presence on festival lineups. This is true of gigantic mainstream festivals like Coachella, which only featured one woman headliner this year (Lady Gaga, after Beyoncé had to withdraw), and niche (though still gigantic) festivals like the EDM-centered Electric Daisy Carnival; in fact, "women ma[de] up just 11 percent of artists at electronic music festivals in 2015."

There have been lots of reasons offered for this disparity, but one foundational problem that tends to be brought up again and again, is that music festivals tend to have sprung from genres like indie rock (Coachella, Pitchfork) or EDM (Electric Daisy Carnival, Ultra) which have long prioritized male artists, and that true change is slow in coming because the institutions themselves—the musical subcultures from which these festivals were born—are inherently gender-biased. In effect, the imbalanced lineups are a symptom of a larger problem, and the cure needs to come from within.

So what's it like within? There are certain industries that don't just seem male-dominated on the outside, but rather seem like they've got testosterone fueling them at their core, and the music industry is a glaring example of this. (See also: the tech world.) And yet, scratch the surface of any of the biggest music festivals, and you'll find that many of the most prominent players are women. From agents like hip-hop powerhouse Cara Lewis, who has worked with everyone from Eminem to Tupac Shakur to Chance the Rapper, and Caroline Yim, who reps Kendrick Lamar and Kehlani, to festival coordinators like Meg Dieter, of Black Widow Group, which works with Golden Voices, the company that puts on Coachella, and women like Kate Truscott, Julie Grant, and Allison Skiff, who manage everything from sponsorship to ticket sales and tour routing at the Vans Warped Tour, women make up a huge component of behind-the-scenes festival workers.

But what's the experience like for these women? Does the gender imbalance which exists on the stage play a role in what happens behind it? Well, as with everything in life, it's complicated.

"I personally always found [the festival industry] to be a very welcoming environment for females," Grant tells me over the phone. "I've definitely had to get myself a tougher skin while working in the industry, but I've always had a lot of female mentors, and I've just always worked around a lot of females."

I've asked Grant what her experience has been like working in this industry in general and on the Vans Warped Tour, which celebrates a musical sub-genre long dominated by males specifically, and she is incredibly upbeat, though practical about her professional reality. She admits that there are difficulties, "There's little things, like sometimes working with male production managers. They don't always feel like they're going to get the proper information from a female. They kind of just don't trust it." But continues on to say, "I use that as an opportunity to prove them wrong and stand up for all the women in the industry. I always want to lift people up and work with their talents so they can feel great about themselves, the same way people did for me when I was starting out in the industry."

Grant's positivity about the industry is not singular to her experience; all of the women with whom I speak acknowledge that while there can be difficulties in working with some men (Molly Scott, the general manager of the Air + Style Festival, says, "There's definitely still people who have that stereotypically male ego mentality, [that] cocky attitude"), what I hear is that, overwhelmingly, festivals have been working to create as positive an experience behind the scenes as they work to create on their grounds; and one way that they do this is by fostering healthy professional environments with diverse teams in place.

Beck, who has been working as a festival booker for nine years, acknowledges that she's had some experiences which are difficult to attribute to anything but basic sexism—"I've been called 'dear' before, and I don't know if [that agent] would say 'son'"—and reports that she also winds up "predominantly working with all males on the agent end... also with the venues, there's probably only one or two women bookers in all of Brooklyn." But she also says that the women agents she works with are "big-time powerful... Cara Lewis is a huge hip-hop agent, Caroline Yim; their rosters are stacked." And Beck does feel like things have taken a turn for the better in the last few years. She also notes that she's "never proposed a female-heavy lineup [to a Northside Festival venue] and had resistance to it in a way that felt like it was because of [the fact that is was female-heavy]."

One of Beck's colleagues at the Northside Festival is Lani Combier-Kapel, who also manages the calendar at DIY Brooklyn, New York, venue Silent Barn. Combier-Kapel says to me that she's "super passionate" about including women in lineups and feels like she "has to be." She explains:

I feel like it's my job to be conscious of not just including women but musicians from marginalized communities as well. In 2017 and in a place as massive as New York City, it's easy to find talented musicians that fit within all genres. Bookers who don't try to diversify their lineups are either lazy or don't know how to reach out to artists not within their social circles.

Combier-Kapel also acknowledges that the fight for women's visibility at music festivals is part of a much larger struggle toward true inclusivity. She says:

I am very sensitive to the makeup of the music community that surrounds me. I see it as a microcosm of our current political landscape; if we think everything is fine as is, that's when others swoop in and make everything 10 times worse. We have to try harder because having a trans person of color isn't a normal festival headliner yet. And its not for any other reason than not having the support to get there. Of course, bookers aren't the only ones that can change that, but maybe we can help.

And when it comes to changing the landscape of festivals, Scott tells me that there are ways that she's working to bring new people into the industry, who might not have known it was an available professional path. She says:

One of my proudest moments at Air + Style this year was the student worker program, where we brought in some students and they happened to be all female just because they... interviewed best [laughs] and got the roles [at the festival]. So we brought in these six girls and had them shadow us and taught them. And, for me, it was like, here's this opportunity that I didn't know about when I was a kid. Granted [the industry's] changed a lot in the last 20 years, the amount of festivals and the amount of businesses, but giving people an opportunity and reaching out that hand to say, "Hey, look what I do. If you're interested, I can help you," it's something that is really important to me to keep doing.

This type of intentional inclusivity is so vital toward making changes in systemic injustices, and it was a common theme expressed by all the women with whom I spoke. In fact, if there was one message which could apply to what all of these women said, it was the importance of not only working toward achieving their goals for themselves but helping others along the way. Change, after all, doesn't happen thanks to passivity, it's all about getting involved and pushing forward. Combier-Kapel says, "I go out of my way to work with women, and I think that's okay. Men who get offended by this are missing the point; if you are given a place of privilege, it is your duty to help others rise. I really believe in that."

So while the world of music festivals might be just as imperfect as the world in general, it's hard not to have hope for their future. What's clear is that there is an abundance of talented women who are paving the way for progress to be made. The road might still be bumpy, and it hasn't approached equality yet, but it feels like it's headed in a positive direction. Scott says, "You make choices to align with people with your values. It doesn't matter if you're male or female but that you're working together for a common goal, and that the goal is more than yourself. It's not ego-driven, it's about creating a great experience for other people. And that's what brings me joy and makes me feel successful."

It also, hopefully, is the recipe for making festivals a more equal space, where the lineups reflect both the audience and the people behind the scenes. And with people in place who want to make this type of world a reality, there's no doubt it can eventually happen. As Combier-Kapel says, "I do think things are changing. The reason I'm doing what I am is actually due to men putting me in positions of power, reaching out to me and saying, 'I acknowledge your work and want you to do this'. This is so important as it's enabled me to put others in power as well."

More power to them all.