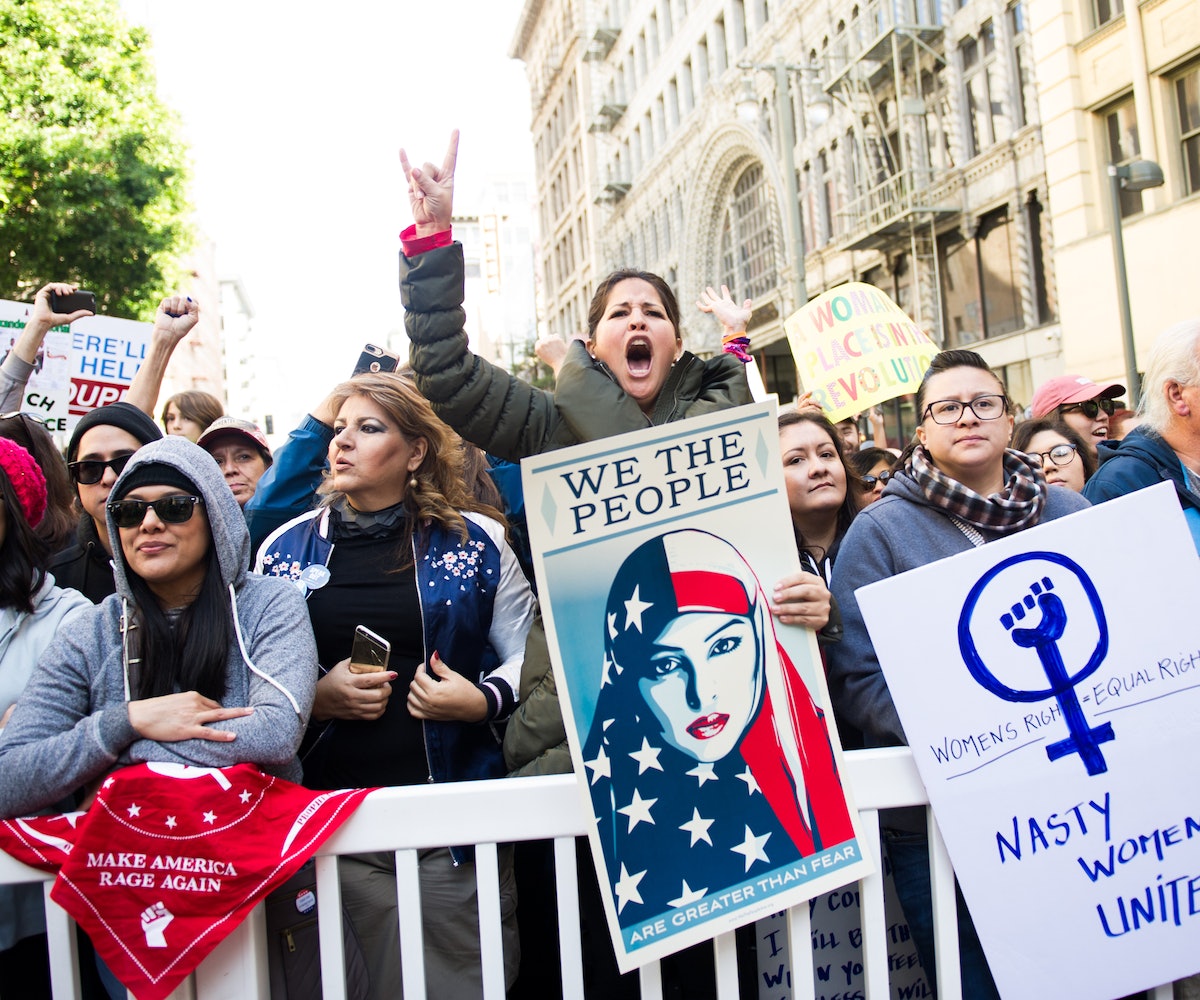 After the international success of the Women’s March last month, the organizers are hoping to continue the momentum brought on by the resistance. Many have gathered since then to protest the immigration ban as well for the rights of the LGBTQI+ community. Last week, a group of women activists called for a women’s strike on March 8, and now the organizers of the Women’s Marches are backing it, too.

According to a post on Instagram, the day of unity will take place on International Women’s Day and is being heralded as “A Day Without A Woman.” In a piece for The Guardian, the original activists calling for the strike, Linda Martín Alcoff, Cinzia Arruzza, Tithi Bhattacharya, Nancy Fraser, Barbara Ransby, Keeanga-Yamahtta Taylor, Rasmea Yousef Odeh, and Angela Davis, wrote that this “new wave of militant feminist struggle” needs to be more expansive than just opposing Donald Trump. It needs to be “anti-racist, anti-imperialist, anti-heterosexist, and anti-neoliberal.” They write:

Lean-in feminism and other variants of corporate feminism have failed the overwhelming majority of us, who do not have access to individual self-promotion and advancement and whose conditions of life can be improved only through policies that defend social reproduction, secure reproductive justice and guarantee labor rights. As we see it, the new wave of women’s mobilization must address all these concerns in a frontal way. It must be a feminism for the 99%.

The organizers are calling for a strike against male violence and in defense of reproduction rights, stating that they are joined with feminist groups from 30 different countries.

The goals for the Women’s March organizers come March 8 are a bit more vague. An Instagram post from yesterday reads:

We ask: do businesses support our communities, or do they drain our communities? Do they strive for gender equity or do they support the policies and leaders that perpetuate oppression? Do they align with a sustainable environment or do they profit off destruction and steal the futures of our children? We saw what happened when millions of us stood together in January, and now we know that our army of love greatly outnumbers the army of fear, greed and hatred.

The post promises that, in the next few days, the organizers will share more information on what the actions will entail. In the meantime, they suggest reaching out to friends and family to start thinking about ways in which you can improve your community and stand up to the administration. “Remember: this is a marathon, not a sprint,” the post concludes. Resist on.