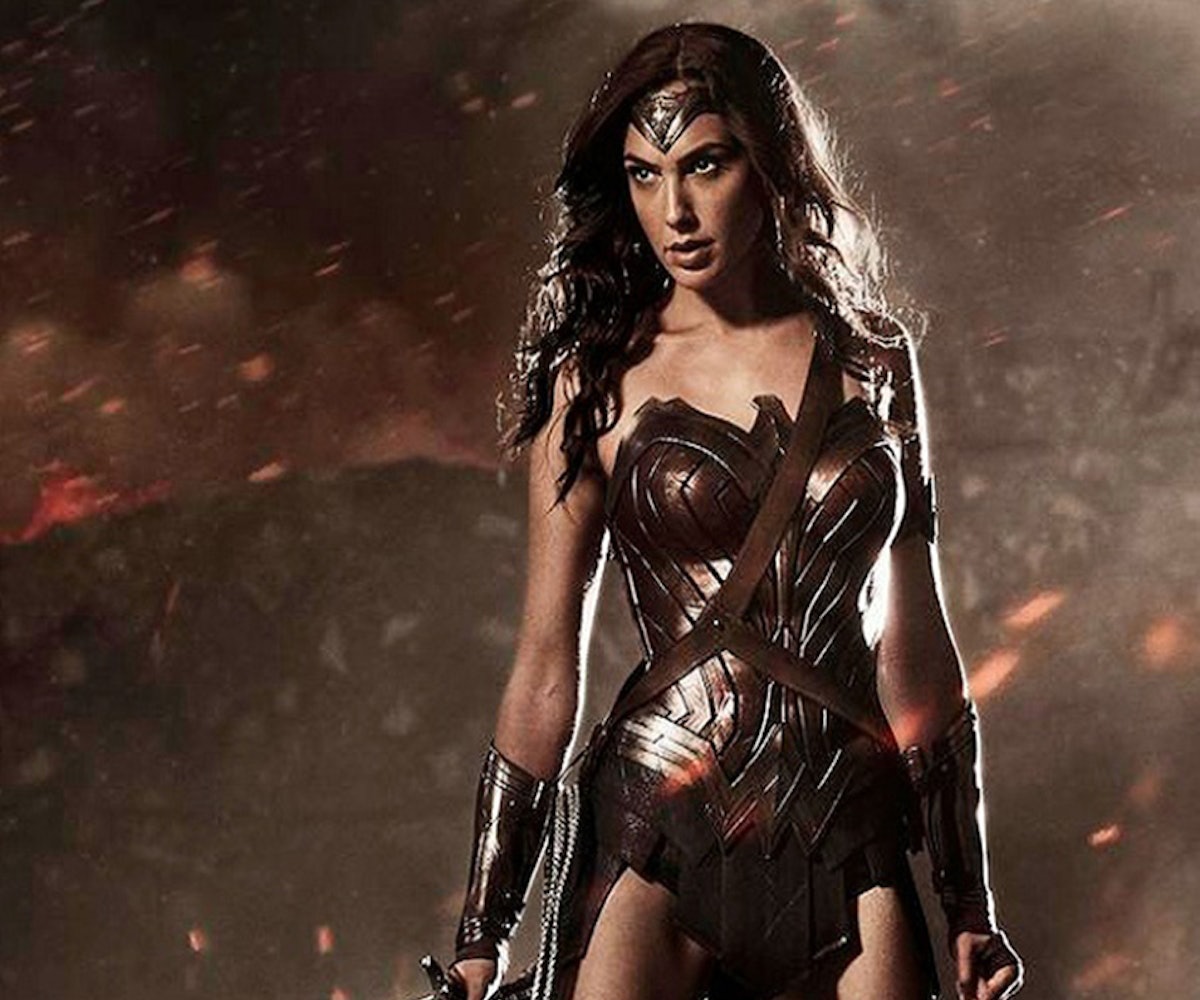 Yesterday at San Francisco's Comic-Con, Warner Brothers unveiled a first look at Wonder Woman, the first female-centric superhero movie to be released by a major company in recent years (helmed by DC Comics, not Marvel)—and it looks good.

Starring Gal Gadot (who first appeared as the character in 2016's Batman v Superman: Dawn of Justice) and directed by Patty Jenkins (who directed Charlize Theron in her Oscar-winning performance in 2003's Monster), Wonder Woman dives into the mythology of the titular character (she was created by Zeus) and places her in the middle of World War I. She’s dressed in her iconic red, blue, and gold leotard, but she’s not a fragile, delicate creature. After all, Gadot herself was previously a combat trainer in the Israeli army—she knows how to fight.

The Wonder Woman in this trailer isn’t afraid to voice her own opinions and to counter those of her male lead Steve Trevor, played by Chris Pine. There’s hope, then, for a female superhero movie that doesn’t fall into clichés, sexualizing the leading heroine or making her less badass than she could be.

According to Gadot, Wonder Woman could not have been made without a female director, and she’s making the most of this opportunity to bring a strong woman to the screen. “It’s a story about a girl becoming a woman. I think only a woman, who has been a girl, can be able to tell the story in the right way,” she told Entertainment Weekly. “I feel that I’ve got the opportunity to set a great role model for girls to look up to a strong, active, compassionate, loving, positive woman and I think it’s so important. It’s about time that somebody will do that and I’m very privileged and honored to be the one.”

In light of Wonder Woman’s impending success, Marvel Studios has also stepped up to the plate to give women the superhero spotlight they deserve. The production studio tweeted yesterday that Oscar-winner Brie Larson will take on the role of Captain Marvel in the superhero’s titular film, slated for 2019.

With studios (finally!) recognizing the need for more diverse, strong, and inspiring women on the screen, it’s safe to hold out hope for even more incredible female-driven comics getting Hollywood treatment.