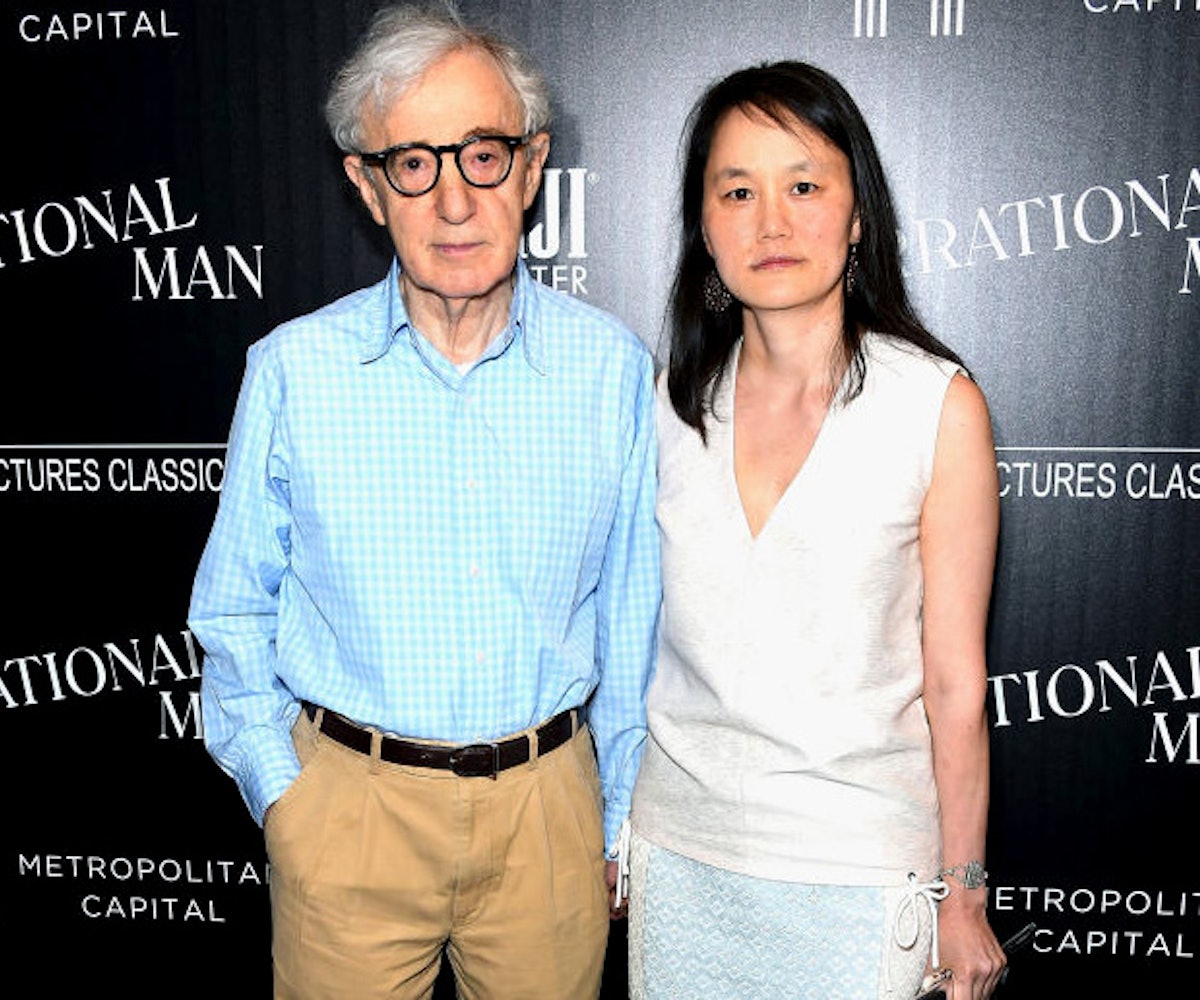 Oh boy. Woody Allen sat down for a rare, wide-ranging interview with NPR where he and interviewer Sam Fragoso discuss all sorts of things, like making movies, smoking weed (Allen claims he never has), and therapy. But all of those topics amount to white noise, thanks to the part where Allen talks openly and creepily about his relationship with his much, much younger wife and one-time stepdaughter, Soon-Yi Previn. Allen, who married Previn when she was 27, describes their relationship as "paternal." The following are things that he said, on record, to a journalist.

"I lucked out in my last relationship. I’ve been married now for 20 years and it’s been good. I think that was probably the odd factor that I’m so much older than the girl I married. I’m 35 years older, and somehow, through no fault of mine or hers, the dynamic worked. I was paternal. She responded to someone paternal. I liked her youth and energy. She deferred to me, and I was happy to give her an enormous amount of decision-making just as a gift and let her take charge of so many things. She flourished. It was just a good luck thing."

Shockingly, Allen did not stop there, going into more and equally disturbing detail about the beginning of his relationship with Previn.

That Allen could be so open about a subject many people feel strongly about—and that he's notoriously remained silent on—means that he's either stopped caring or is completely clueless about how he's perceived. Fragoso then asked Allen if he thinks the sexual-abuse allegations against him have hurt him at the box office. "Not for a second," he says. "It has no meaning in the way I make movies, too. I never see any evidence of anything in my private life resonating in film. If I come out with a film people want to see, they flock to see it, which means they see it to the degree of Manhattan or Annie Hall or Midnight in Paris. That’s my outer limits. If I come out with a film they don’t want to see, they don’t come."

We've made our feelings about Allen and his sketchy past clear, but his statements here pretty much speak for themselves. It turns out no one is better at exposing Woody Allen than Woody Allen himself.