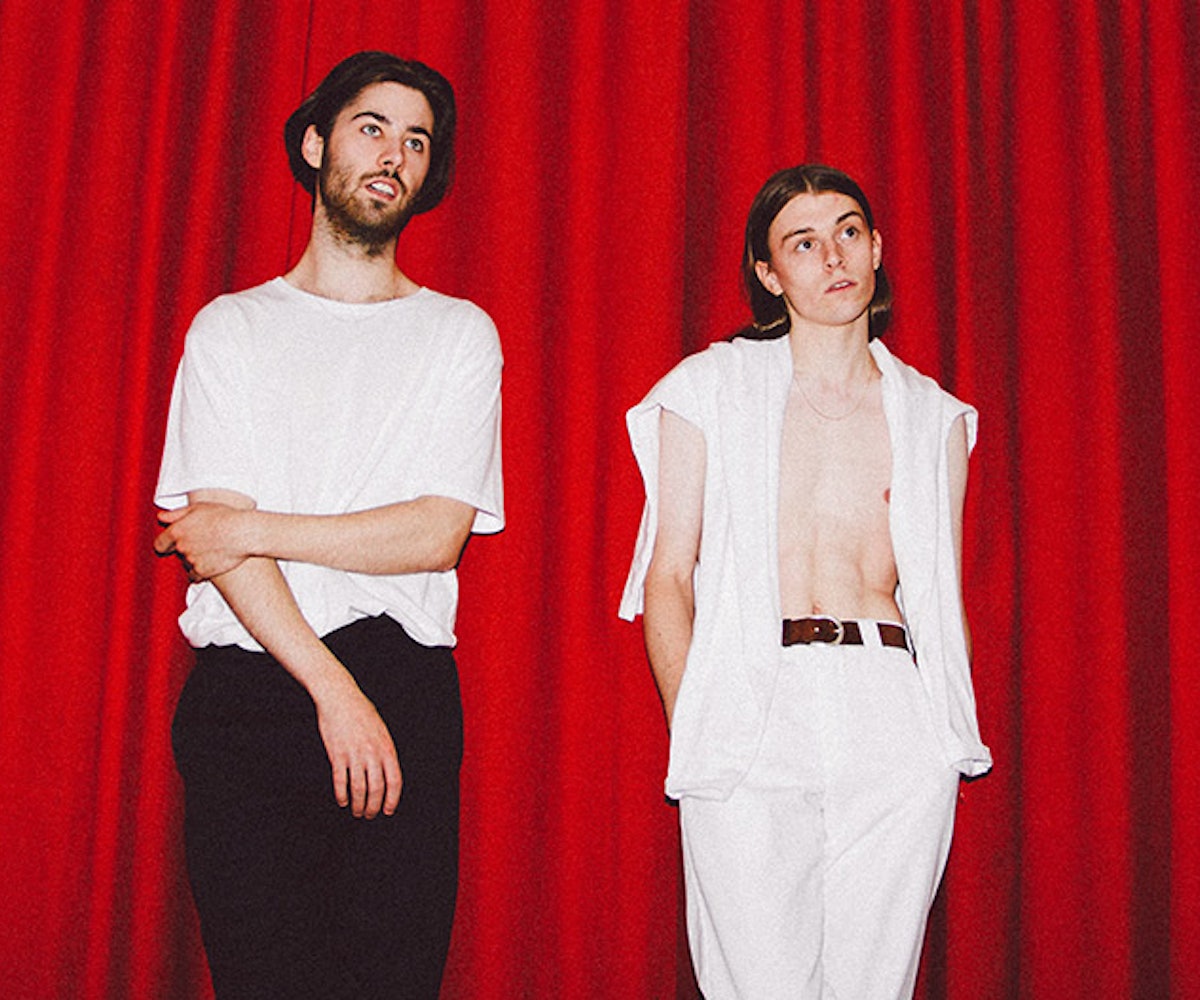 Fashion loves the '90s. Music loves the '80s. You can't release a new song without someone crying "It sounds like the '80s!" Most of the time, the influence is too loose to really resonate, but when it does, it really, truly does. (Looking at you, Carly Rae Jepsen.)

For Manchester duo World Radio, the decade of glitz and stylized pop-rock is alive and well. Their debut single "New Romance" doesn't just pull influence from the '80s, it packs the era's timeless vibe. They tell us they wanted it to "sound like night time," which it does. There's an ease to the intro that bursts into brightly lit keyboard chords while a bouncing bassline drives the track forward. "Lyrically it reflects on ideas of romance in the modern world," they add. "It’s kind of like a modern love song." A modern but timeless one. Pepper this in between tracks from fellow Manchester foursome The 1975, The Radio Dept., and The Cure and you've got yourself a perfect ode to today's most sought-after sound; one that's effortless in its execution.