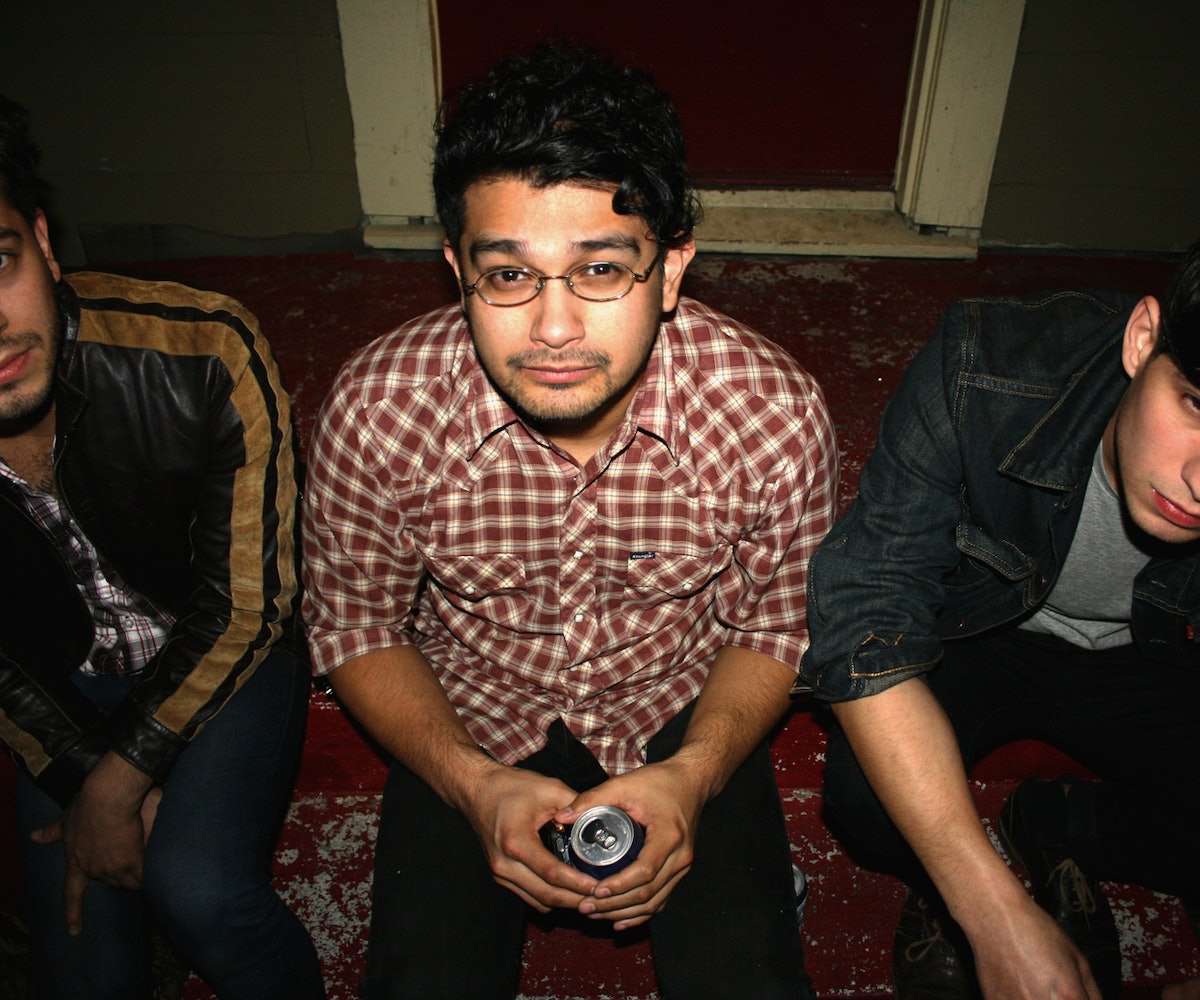 Young Girls are neither young nor girls (cue the Jerry Seinfeld, "What is up with that?!").

So what are they? A fuzz-rock four-piece with a bit of a soft spot. Because you don't make a song like "Vigilante," with a guitar part that alternates between buzzsaw and hummable and loads of oohs and aahs, if you don't secretly love your pop.

The single is off of the band's upcoming limited edition vinyl release, out January 28 on Austin Town Hall Records, but you don't have to wait until then to listen to it. We've got the exclusive premiere and download--grab it now, bring it to play at the party later.