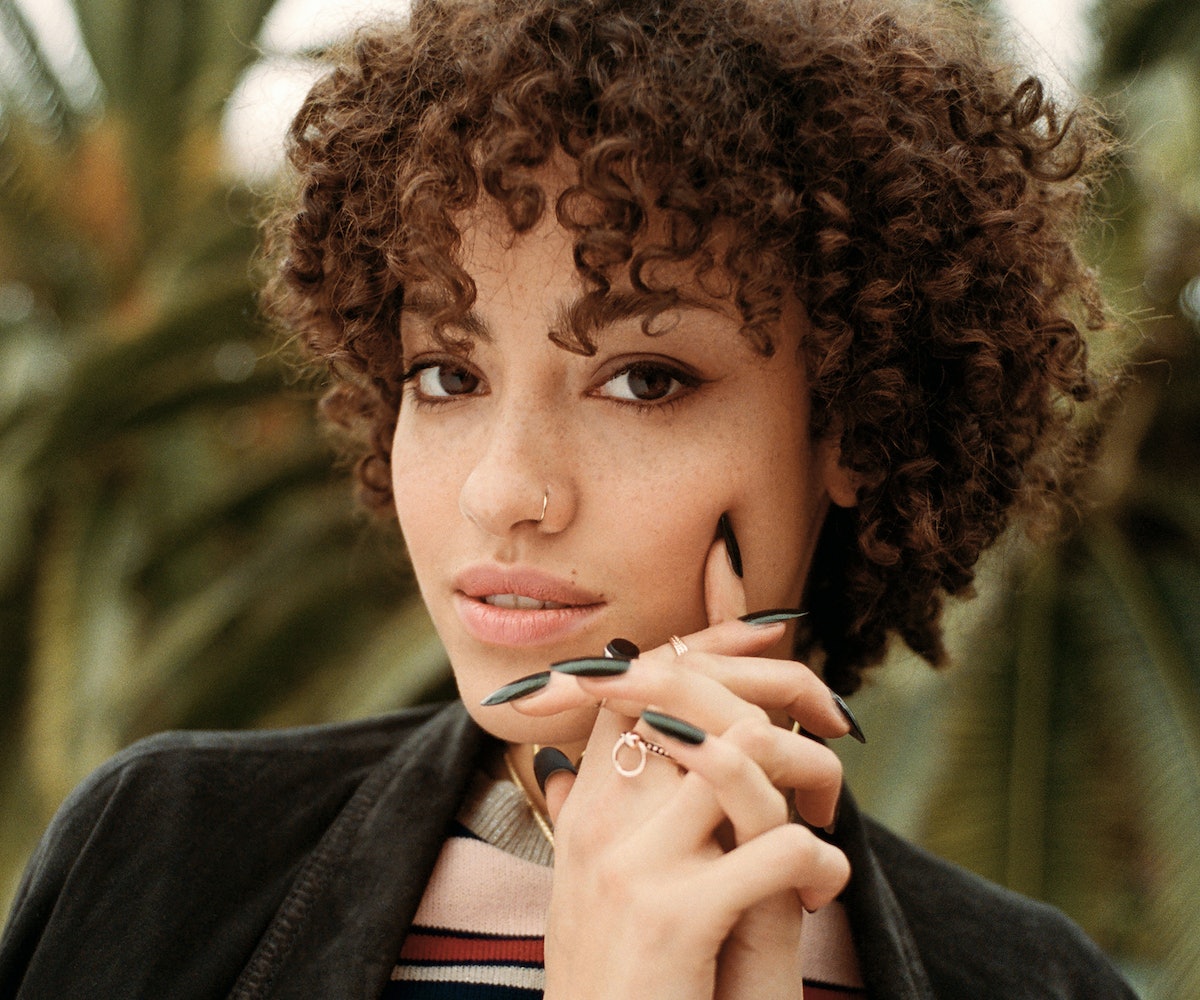 Photographed by Felisha Tolentino. Styled by Dani Michelle. Jacket by Faith Connexion, dress by Missguided, necklace and ring on right middle finger by Luv Aj, cuff by We Who Prey, all other rings Singer’s own.
by Lisa Butterworth
May 19, 2016

“It’s like the key to life,” Paulina Singer says via Skype of the tiny ankh tattooed on her left pinky finger. The actor, dancer, and musician talks about her mom’s love for musical theater being an early influence of hers—Little Shop of Horrors and Cabaret were mainstays during Singer’s New Hampshire childhood—but more often than not, she leans toward heady topics like transmigration and environmental sustainability. And she prefers not to share her age: “I just think it’s cool to remain a mystery.” What’s not a mystery is her quick rise in the world of TV and movies, despite the fact that she doesn’t watch much of either. With roles in Gotham, South of Hell, and The Intern under her belt, the New Yorker is now in Vancouver filming Freeform’s new camp-set horror-drama Dead of Summer. We’ll be tuning in, even if she doesn’t.

I got into acting in elementary school. I would watch movies and videos and be like, “Oh my God, I want to pretend to be other people. That’s so cool!”

I used to think I was a brand-new soul because I was so naive and I do whatever I want. And then I realized, I might actually be a really old soul. If there’s such a thing as reincarnation, I think I have a lot of lives that led me to be able to be so free.

Growing up I didn’t really fit in. A lot of people had the same mindset and the same goals. Not to say that’s bad, but I was constantly questioning and wondering, while everyone else was OK with [the status quo].