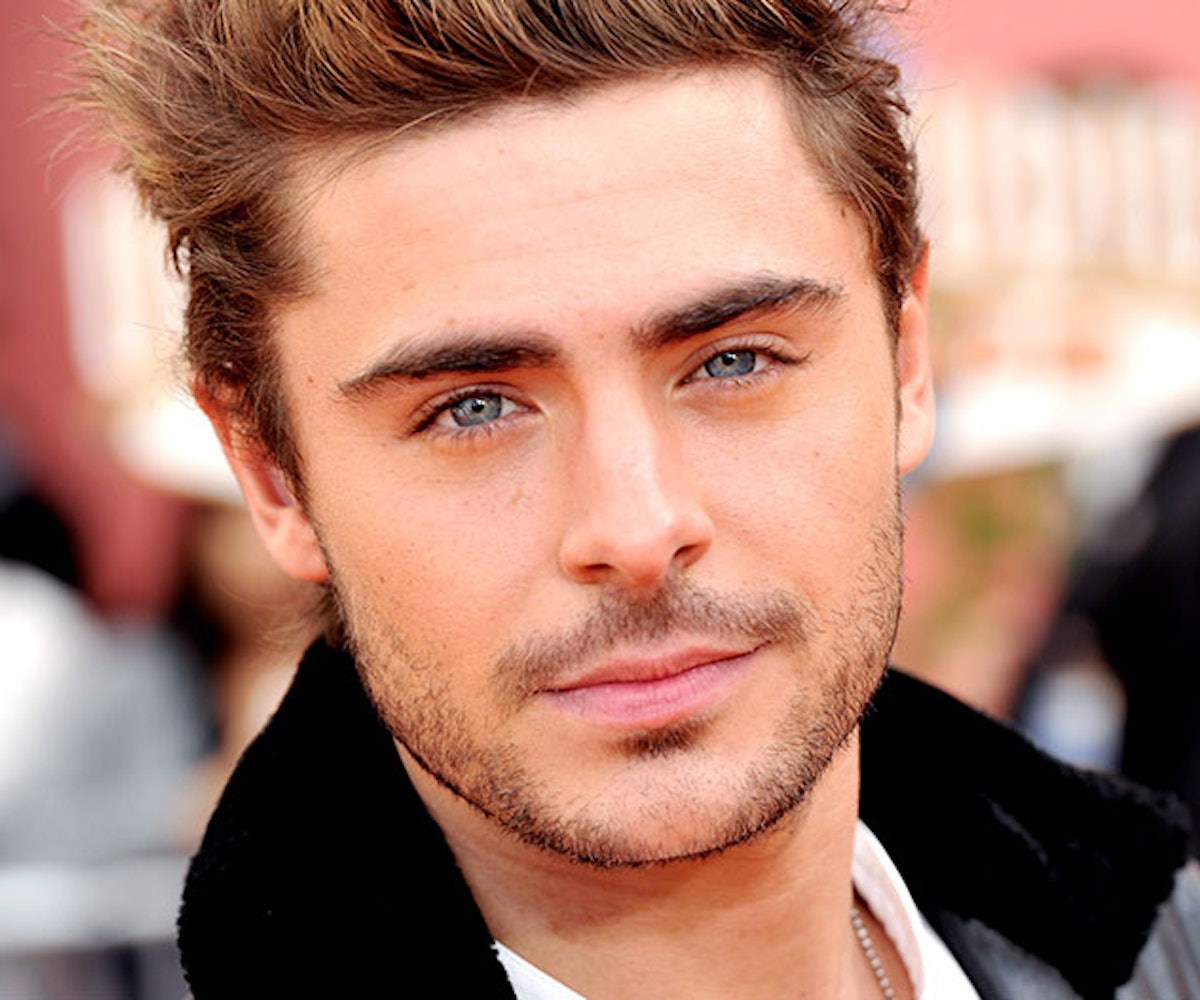 Zac Efron, he of chiseled man-flesh and sharp, angular features, has a brother. His name is Dylan. He is 23 years old. He’s a former poet, but all of that is irrelevant because look at his abs. Look at his smile, his chest, his jawline, his aaaaaaabs!

The Internet is thirsting after Dylan since Zac posted a black-and-white shot of he and his “hot brother” to his Instagram. The comments are riddled with the clapping-hand Emoji, wide-eyed Emoji, and the hearts-for-eyes Emoji. One commenter who goes by @lewisolivia wrote, “I want you both. Omg.” Another user @priyanka.john tagged a friend in the comments and decided to divide and conquer the Efron manscape. “I take one and you take the other,” she wrote before adding three winking Emojis. (Side note: Do you think Zac reads these comments?) Googling “Zac Efron’s brother” reveals Dylan Efron is “shirtless,” “hot,” and some outlets are even questioning whether he’s “hotter than [Zac Efron]??”

Only you possess the answer to that question. Gaze upon the photo below—you know, really examine it. It’s pretty blurry, but the muscle definition in still there. And with Instagram rolling out a new high-res image update, them abs will be HD: short for “Hot Damn!”