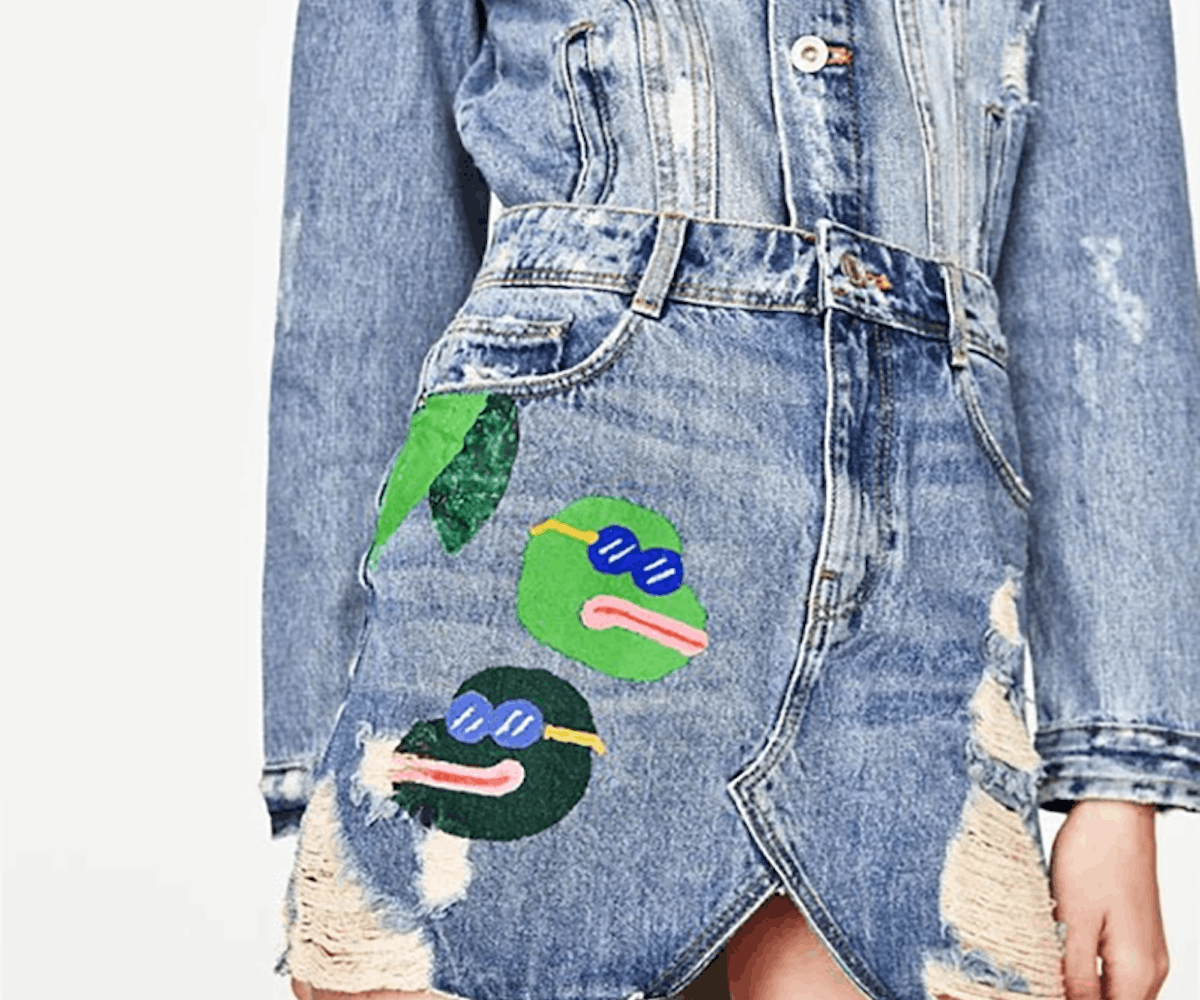 Well, it looks like Zara is up to its usual tricks: Paying very close attention to trends, and then closely replicating them. This time, perhaps not paying enough attention, though.

The fast fashion retailer recently listed a skirt for sale, under its new spring styles section, that was mostly typical: distressed denim, high waist, some sort of embroidered/painted design.

But, wait a second, isn’t that Pepe the Frog?

While Pepe may have at one point been considered a harmless meme (along with Dat Boi and other amphibious illustrations that flooded our social media feeds), it has more recently become closely associated with the alt-right and white supremacists. In fact, racist and bigoted Pepe memes flooded the internet at such a growing rate (despite a #SavePepe campaign by the original artist, Matt Furie), it was designated as a hate symbol by the Anti-Defamation League.

Did Zara put sunglasses on him in order to mask the fact that he’s now officially a symbol of racism, violence, and hatred, or are they just completely oblivious? Either way, this is totally not okay.

The skirt has since been pulled from the website, but we cringe at the thought that unassuming Zara fanatics (particularly on the younger side) unknowingly already purchased the skirt emblazoned with hate symbols. Eek.