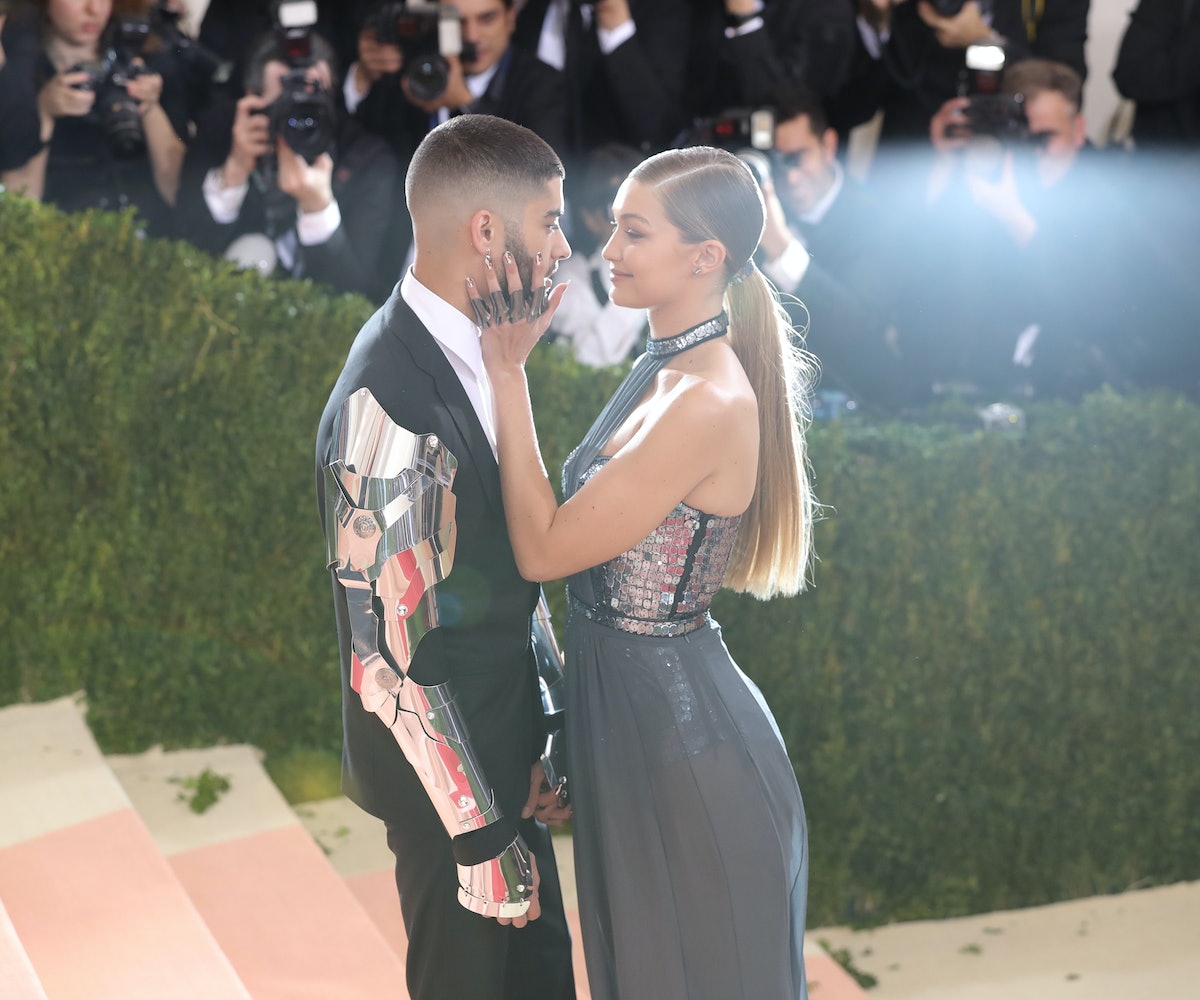 Only about 32 hours have passed since Taylor Swift and Calvin Harris terminated their relationship (on "good terms"), but the squad has already been shaken up. Word on the web is that Gigi Hadid and Zayn Malik—everybody's favorite cyborgs—are also breaking up after seven months filled with polaroids that captured their shared admiration for cuddles, selfies, and monochrome.

Sources claim that the relationship has always been on the rocks. Apparently, the two were fighting during Hadid's birthday, which should typically be a happier occasion focused on the celebration aspect. Even though the couple has split, an insider told E! that they could wind up getting back together as soon as tomorrow. "It's all very unclear what's going on between them now. They been having some issues lately that involved communication and getting along," the source said.

This morning, Hadid posted a cryptic message on Snapchat that is definitely about Malik. The source added that "Gigi is really sad about this, though, and in a way would like to work it out. It's more about that constant contact with Zayn that she misses and they did get very close."

We're really going to miss Zigi. The couple that takes their relationship straight to the pages of Vogue usually stays together, but perhaps it all happened too soon. It makes you wonder if this could be the end of Hadid's video girl days as well. (Probably not, though she might want to consider taking a break since she starred in videos for two of her exes now.)

Given the timing, we're convinced that it has something to do with Swift, but who knows. (Okay ladies, now let's de-cuff in formation!) Besides, who wants to be tied down in the summer? Zigi will always be remembered fondly in our hearts.