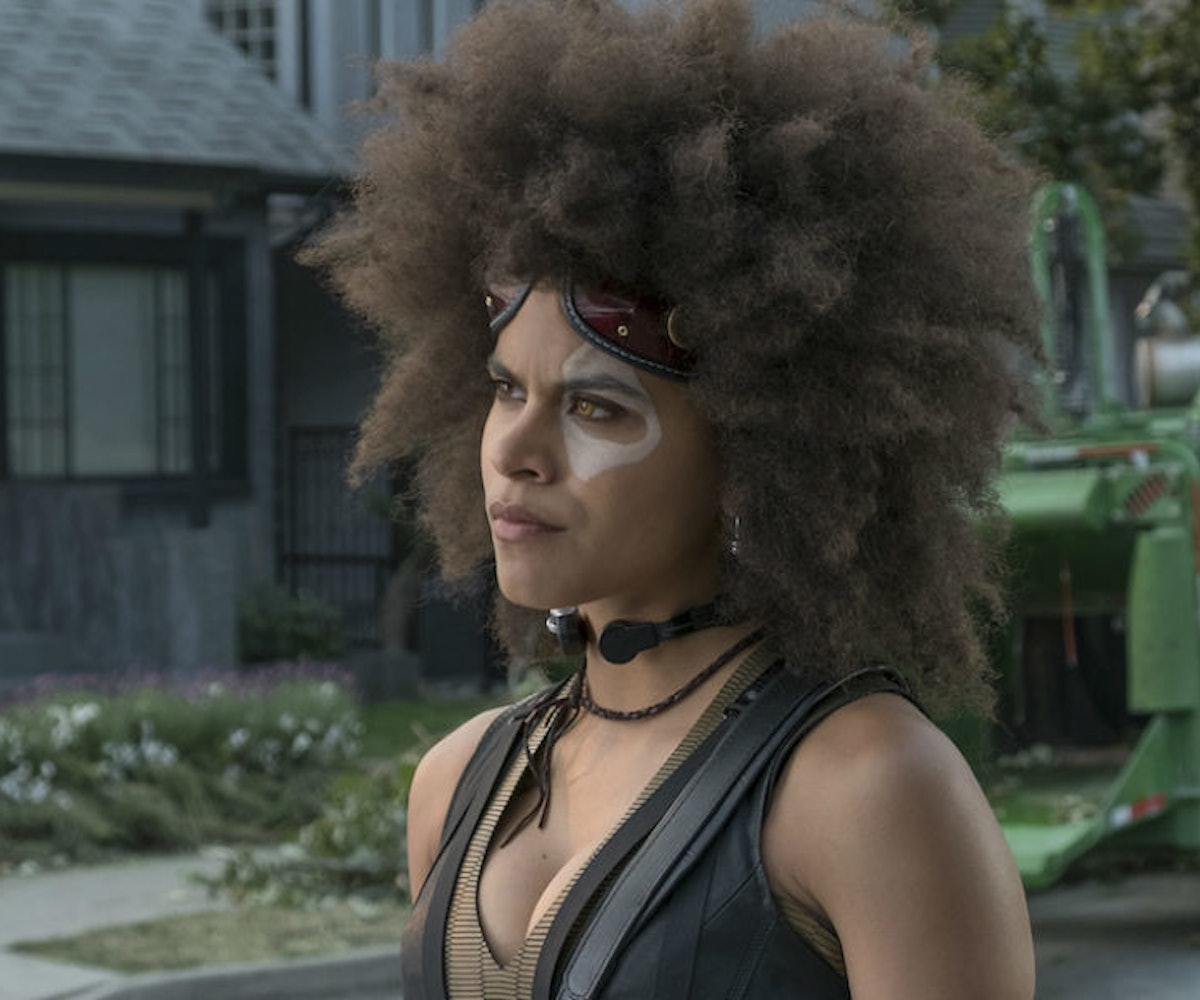 One of the more unconvincing aspects of superhero movies is the fact that, somehow, in between saving the world and beating up bad guys, the female characters have time to stay well-coiffed, put on makeup, and keep their armpits hair-free. Zazie Beetz’s Domino of the Deadpool franchise, though, is switching things up and embracing her body hair for the movie's sequel.

In an interview with The Independent, Beetz revealed that it wasn't a planned thing or a feminist statement when her armpit hair was briefly revealed in the film's action sequence. She explained that, before filming, she hadn’t shaved in a while and her boyfriend simply suggested that she not. “And I was like, ‘You know what? That’s kind of a good idea,’” she tells the publication. “So I just kept it. And then I sort of tentatively brought it up. Well, not really tentatively, I brought it up.”

She initially worried about how the internet would react, but she realized that what people said had nothing to do with her. “That’s about social conditioning and about people’s perception of what people should look like,” she says. “I felt if people got offended by that, that’s not something I really have to worry about.”

She says it was something she wanted to do for herself, but also for her friends who are discovering a newfound confidence in their body hair, sending a message that it's not “something that is gross or shameful,” but rather normal and natural and should be embraced, off and on the big screen.