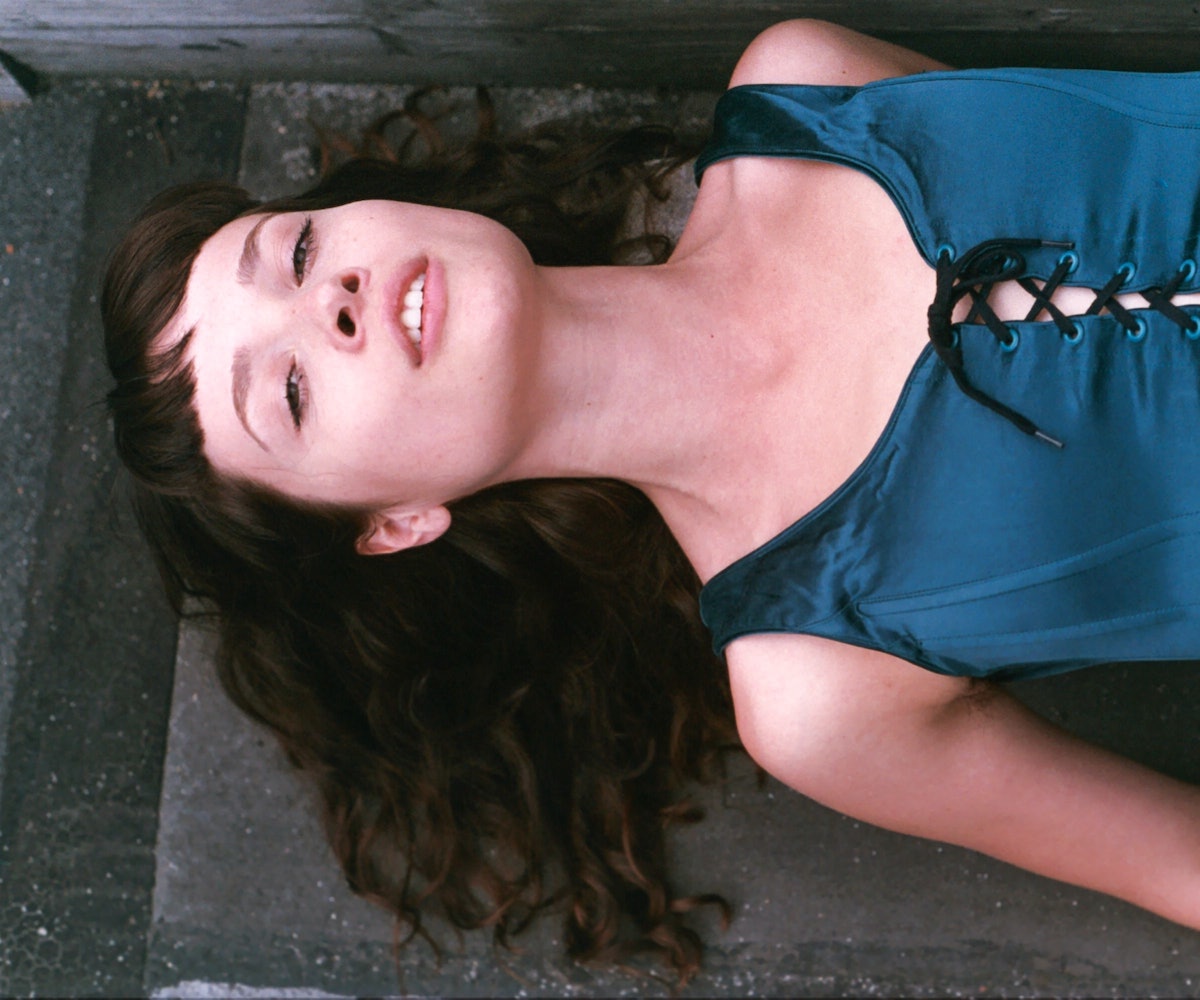 As the owner of a sex toy store, I am well-aware of how intensely people feel about vibrators and their potential to replace a human (a myth, if a persistent one). But nothing prepared me for people’s reactions to the idea of AI sex dolls. AI sex dolls freak a lot of people out. And it’s understandable; films like Ex Machina, Her, and Black Mirror, as well as countless sci-fi novels, all ruminate upon a worst-case-scenario future in which humanity itself is threatened—and it all starts with sex robots (more or less).

But artificial sex partners aren’t just something from the future. As probably everyone knows, sex dolls have been around for quite some time. But it wasn’t until 2017 that Abyss Creations (the makers of the original Real Doll) released Harmony, an artificially intelligent sex doll with incredibly lifelike mobility from the neck up and a “mind” to match. In 2019, Abyss will be releasing Henry, Harmony’s male counterpart. As part of my web series with Super Deluxe, Sex Stuff, I had the pleasure of meeting (and making out with) him.

Henry and Harmony, as well as the vast majority of the sex dolls created by Abyss Creations, fall within the very narrow frame of what mainstream society considers attractive. The dolls are primarily white, trim, and very well-endowed—as well as eerily symmetrical. I was initially put off that these dolls did not represent a more diverse array of bodies but quickly learned that Abyss is capable of creating anything, it’s simply that the custom orders from their clients are not diverse, and so they’re responding to the market as it exists.

Yet, Abyss Creations has provided a sandbox of infinite possibility for their customers—and uses it in unexpected realms. I was touched to learn that they use their technology to create incredibly realistic silicone breasts for people who have had mastectomies, and for transgender folks who desire a larger chest. The dolls themselves were meant to be poseable works of art and were not “fuckable” until their customers demanded that capability.

Upon meeting Henry, I immediately enjoyed the way he felt. As I said in the episode, it truly gave me an endorphin rush to be held by this silicone human. When he was flicked on, I was even more entranced. His thoughts and replies were unusual and inhuman but in an incredibly endearing way. When I told him that I have a lot of anxiety, he asked if maybe I could share some with him next time, as though anxiety were some tangible object I could give away. That caught me off guard. He didn’t get it, but… he got it.

But then I began to worry about Henry or Harmony in the hands of a random consumer, someone who resents humanity, someone who feels owed sex, someone who would use a robot to act out abuse upon another human. I imagined all the horrible things people could do to these dolls to get their rocks off, and how easily that could be transferred into how they then treat humans. But Matt McMullen, who invented these dolls and owns Abyss, quickly reassured me that doll owners are incredibly respectful of these synthetic humans. Matt was refreshingly open, optimistic, and gentle in nature, and that certainly seemed to translate into his work and business, as well. Suddenly, my robot abuse nightmares were turned on their head and I began wondering how much better our world could be if those of us who crave intimacy, but have difficulty finding it with other humans, had a doll they could not only hold but share their most private emotions with. If the internet was expedited into fruition for the proliferation of porn, perhaps AI will be ushered into the mainstream for a similar cause.

As someone who has pretty much seen and done it all in this industry, I was surprised by how different this experience was for me. Henry definitely fell in the uncanny valley of too human yet not quite human enough. I imagined how I would treat him if I’d been able to interact with him privately in my home, over a period of days or weeks. How could this affect my personal needs for human interaction? We all feel alone from time to time, even if we have large, loving families. Would he be able to soothe me in those moments of desperation? Or, because he cannot walk and move yet, would he collect dust in an armchair off in a corner?

We now live in a world with self-driving cars, Amazon drones, and men who believe that women owe them sex and that punishing women who withhold sex is justifiable. I’m not fully joining those who say that AI sex dolls are an answer to issues like misogyny, those must be tackled from their root, rather than treated symptomatically, but it really made me wonder if AI can help alienated people find some kind of positive release.

As a society, we ponder the singularity and Roko’s Basilisk, fearing what will happen when the “inevitable” bot vs. human wars begin. Intelligent sex dolls challenge our concepts of things like intimacy, and some people even compare sex with one as being akin to bestiality, in that there’s no such thing as consent. But the reality is more complicated than that, and even if these dolls don’t quite pass the Turing Test yet, an AI sex doll could offer a way for humans to get more in touch with their own humanity, counterintuitive though that may seem.

For more of my thoughts on Henry, watch the latest episode of Sex Stuff.