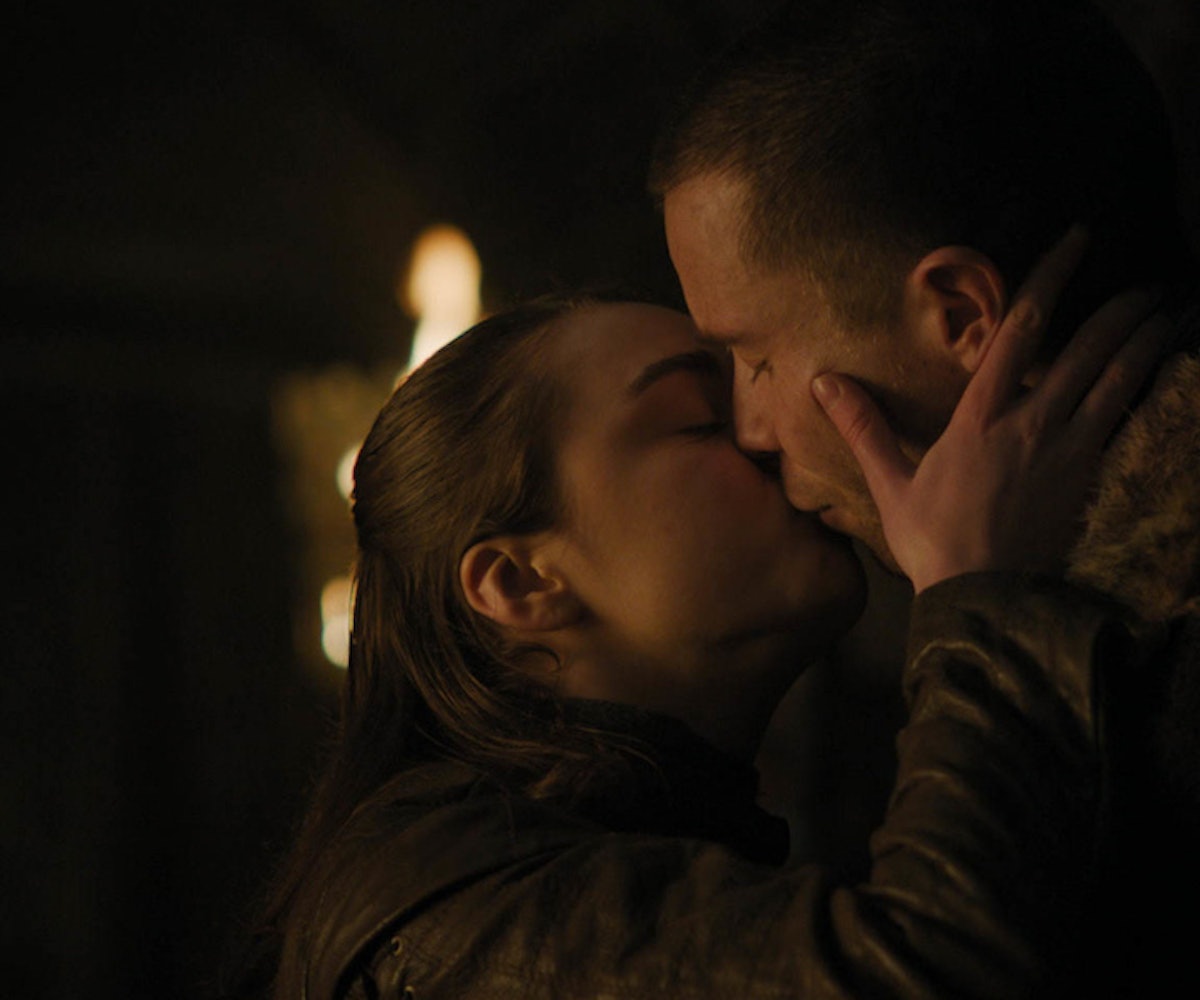 Arya Stark just had the most empowering sex scene in the entireGame of Thrones series, and while the full act wasn't shown, a little side boob was enough to rattle the entire internet. While some people said the scene was uncomfortable, they definitely weren't as uncomfortable as actress Maisie Williams, who explained what it was like for her on Twitter.

Williams tweeted, "If you feel uncomfortable just know that my mother and my step dad and my two sisters and my four brothers have all probably watched this too ahahakillmeehehe." Sure, all we saw was a little side boob, but imagine your entire family also seeing it, right before you're about to get it on? I'll pass, thank you.

But as one fan pointed out, it was all for a good cause. The silhouette of Arya's boob has immense power. So much so that this fan declared, "ur side titty will defeat the night king & thanos." In fact, it might also get justice for Peter Parker and his untimely death in Avengers: Infinity War. Williams was definitely moved by the declaration, replying to it with a series of crying-face emojis to emphasize just how good (and true) it was.