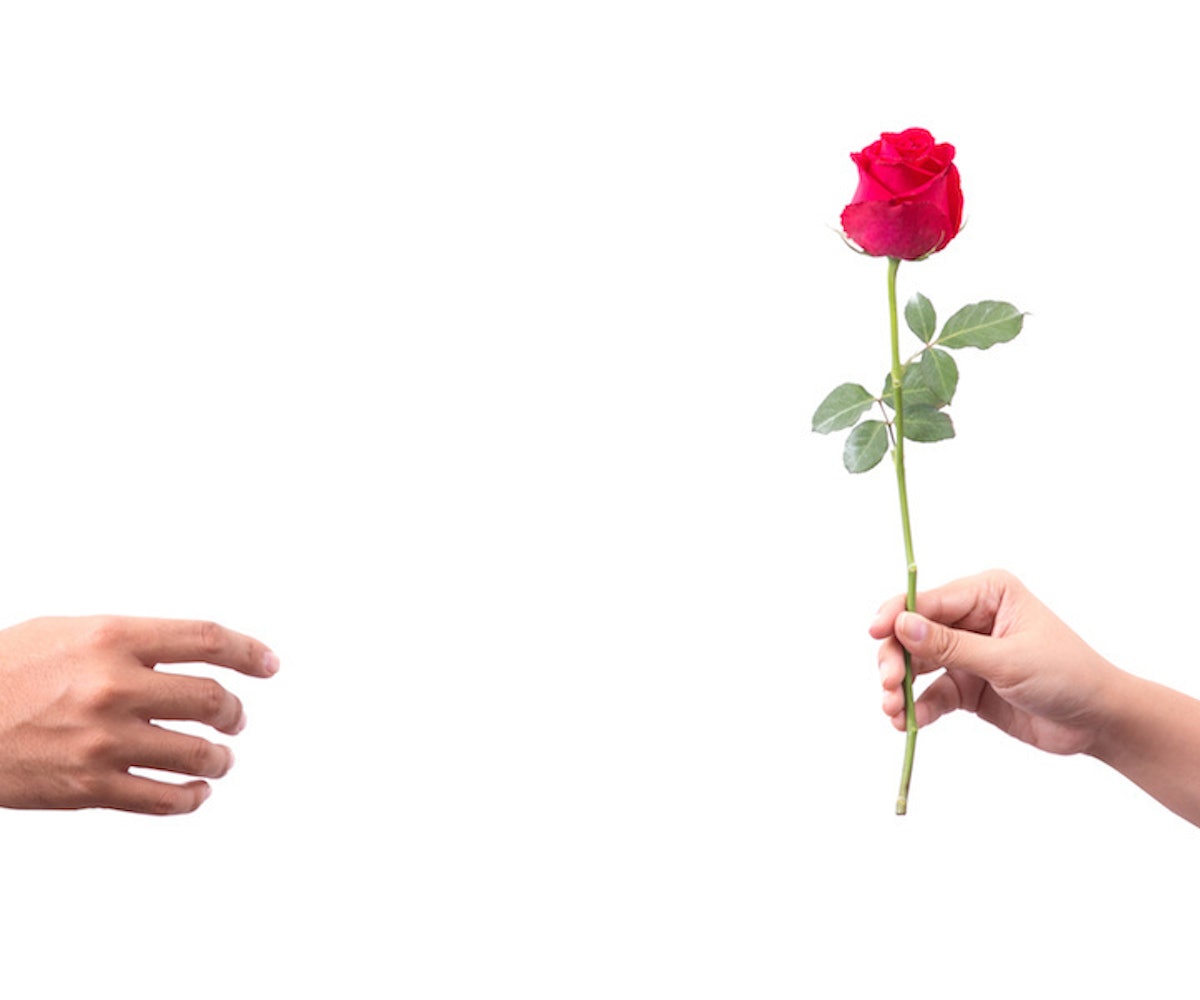 A hopeful single meant to compete on the forthcoming season of The Bachelorette has been revealed to have sent aggressive direct messages over the course of two years to one woman, despite not getting a response from her, which have since gone viral on Twitter. Matt Dionne has reportedly no chance at winning Hannah B's heart now that his former love interest Sam Smithburger and bad-DM aggregator SheRatesDogs let the entire world know just how creepy he is.

After Smithburger shared her screengrabs late Friday evening, which showed Dionne endlessly messaging and calling her "rude AF" despite never receiving any reply, SheRatesDogs shared them with its followers. Since then, Smithburger's original tweet has taken off—and may have successfully gotten Dionne removed from the show prior to it filming.

Former contestant Ashley Spivey was tagged and promised to alert the producers of Dionne's "disgusting" behavior, which may have also contributed to him getting kicked off.

Since then, more women have shared stories (with photo proof) of their bad experiences with Dionne—which allegedly included him buying a dog to "keep" one woman "around" and getting a fake ID for a 19-year-old woman so he could "lie to his friends" about her age—so it's not looking good for his television prospects.

ABC has yet to publicly comment on the matter.