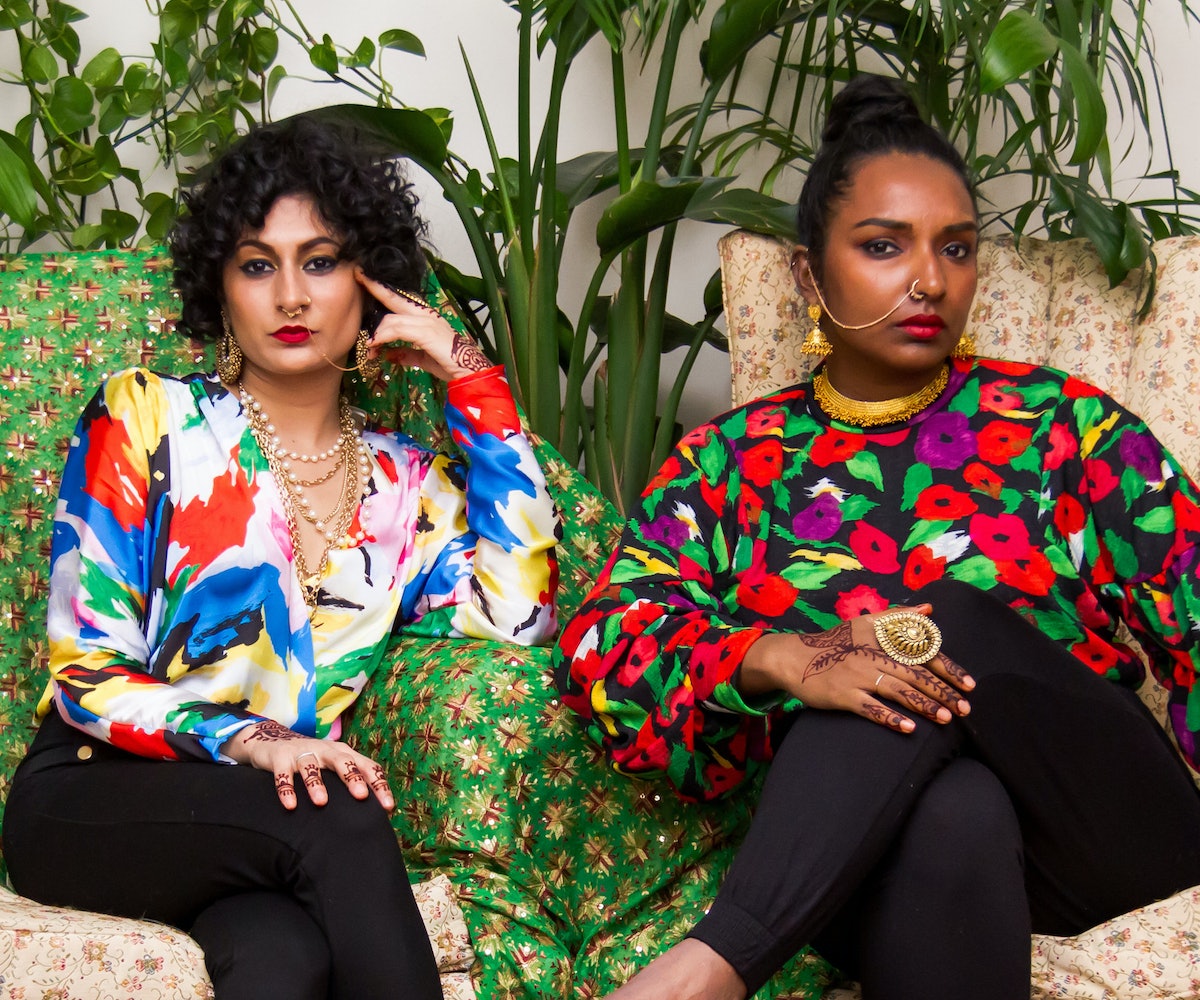 What do you mean when you call someone an "auntie?" Public defender Rage Kidvai and activist Thanu Yakupitiyage explain that the term offers a broad umbrella over a specific type of figure; an auntie could be a mother, or, yes, an aunt, but not all mothers and aunts are aunties. But, an auntie is a person who may have helped raise you, and who has helped you grow to be the person you are in a big or small way. They may also be gossipy, or they may interfere in your life in a way that you don't really appreciate. And, with their podcast Bad Brown Aunties, the two are unpacking the myriad meanings of the word.

Kidvai and Yakupitiyage's podcast is interview-focused, and they use it to amplify the voices of people of color, specifically those who work in white-dominated industries. They're celebrating existing aunties, and figuring out how to become aunties to a new generation. The episodes, as Yakupitiyage describes, "have ourselves and our guests reflect on what it means to be people who are impacted by intergenerational legacies."

Interviews with actress Lupita Nyong'o, activist and artist Alok Vaid-Menon, and creative Kimberly Drew reveal the way aunties have influenced how they see themselves and their work. "When people are given the opportunity to really reflect and think about their history, you find out things—more than you would [than through] the way people are forced to curate themselves in a very particular way," points out Yakupitiyage.

The podcast also challenges any gendered connotation of the word and invites you to expand your definition of it. "I think we have a pretty expansive idea of aunties in terms of gender," says Kidvai. "For instance, trans women have been holding community down forever, and it just feels like that's not the mainstream narrative at all."

Kidvai and Yakupitiyage want to interrogate how the mainstream meaning of what it means to be an auntie has been narrowed by the world that we live in. "I think the concept of aunties suffers from the biomes of patriarchy," Kidvai says. "There's this idea that they're vacuous or they're always really gossipy and not really talking about anything of substance. I know the gossipy, meddling auntie is a part of cultures, but I also grew up when aunties started the feminist movement. My aunties were dancers, they were activists, they were writers, they were the people who were banned from being able to perform."

However, Kidvai doesn't want to diminish the pain that some have suffered from their aunties—in fact, one of the show's guests, writer Fariha Róisín, goes in-depth about her own negative experience with her own aunties—but both she and the hosts want to take it a step further and actually examine "why aunties had been hurtful characters in our lives."

"If you're the subject of patriarchy, if you experience a bunch of patriarchal violence yourself, then the weight of you being an actor of that violence is really complicated," says Kidvai.

But despite the ways in which some aunties have negatively affected those under their influence, the podcast wants to honor these people who have served as role models to countless generations, and proven that a mature person is a beautiful thing: an emblem of wisdom, not irrelevance. Kidvai says that some of the dismissal of aunties is because the term "connotes, for a lot of people, middle-aged women—and that connotes stagnation, being past your moment."

However, that's an archaic way of looking at aunties; after all, it's their world, and we're lucky to be learning from them.

The first season of Bad Brown Aunties is available to stream on Spotify and Apple Music.