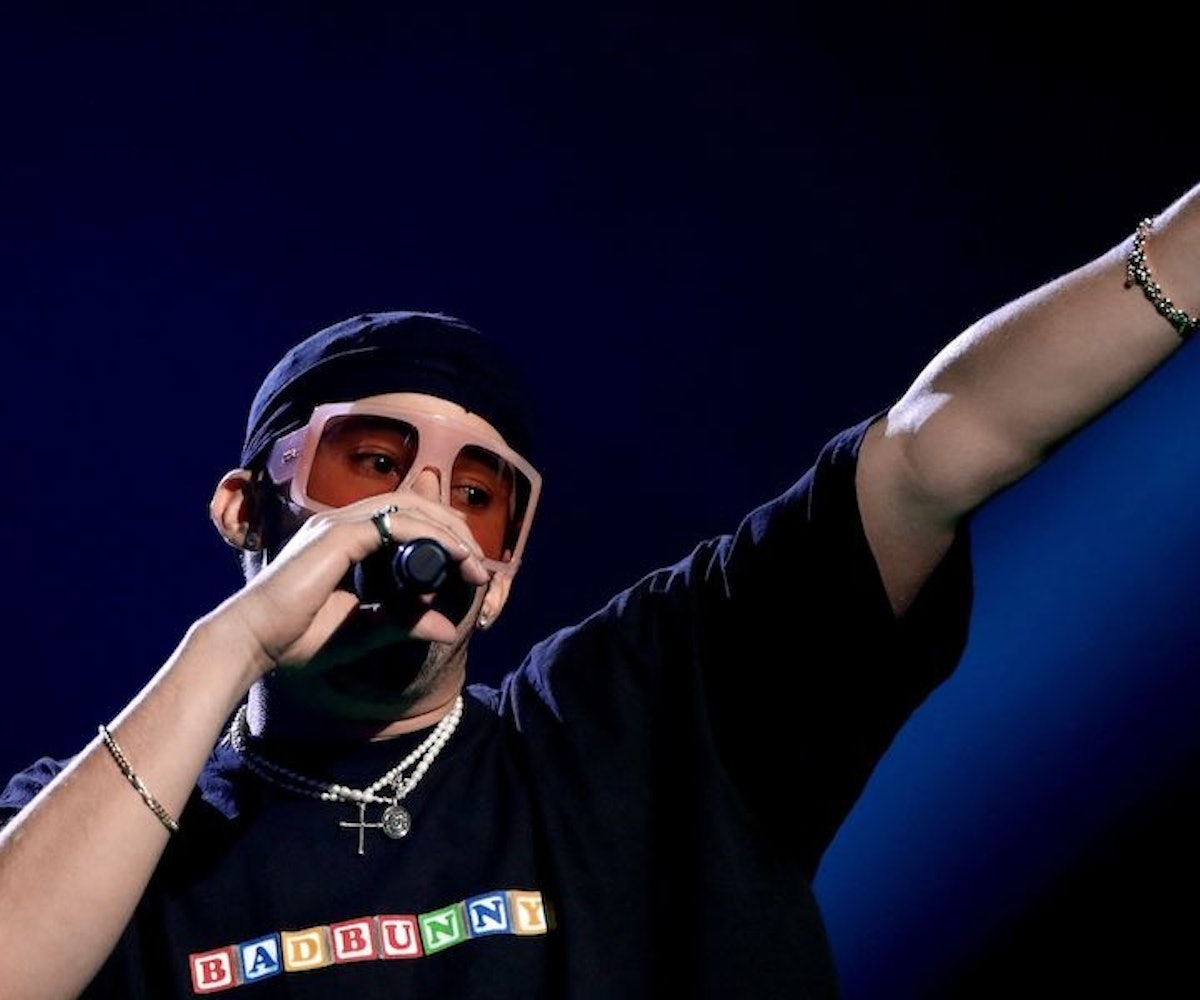 Our current pandemic-induced quarantine is one of the first things in decades to level the playing field between multi-millionaire A-List celebrities and us, the everyday, 40-hours-a-week working folk. (Okay, maybe it's not the exact same when people like Justin Bieber are quarantining in houses that could double as community colleges, but I digress.) So it hasn't been too surprising to see the stars whose lives we once envied now succumbing to the same cabin fever that has befallen the rest of us. Celebrities are bored too, so they've taken to going live on Instagram at all hours of the day, recording full music videos in their bedrooms, and making massive martinis when it's still bright outside. Now, with social distancing rules keeping some celebrity couples apart, they're even admitting to how horny they are. Look no further than Bad Bunny's most recent single, "En Casita," which literally translates to "at home" and finds the Grammy-nominated artist complaining about how much he misses his girlfriend.

It's only been a month since Bad Bunny dropped his critically-acclaimed sophomore album YHLQMDLG (which dethroned Shakira to become the highest-charting Spanish-language album ever), but the Puerto Rican rapper is apparently not done feeding his fans. Over the weekend, he dropped “En Casita" on Soundcloud with very little fanfare (just a simple tweet with four emojis: a germ, a face-mask-wearing smiley, a house, and a black heart), and though it's clearly borne of the current moment, its touching message and crisp production could easily mark it as a hit worthy of future album placement.

When translated, most of the song's lyrics are about the frustrations Bunny is currently feeling about being holed up at home alone — whether it's because he can't see his girlfriend Gabriela, who also sings on the track, or because he had to cancel upcoming concerts. "I wanted to see you but it's not going to be possible," he says in the catchy chorus, echoing something many of us have been feeling about our socially-distanced significant others. At the top of the first verse, El Conejo Malo intones, "The sun already set and the day never started" before bemoaning the ultimatum he's been given with, "I don't want to die or break the law, so I'll be stuck here until May 16th."

While many people can certainly relate to the message of “En Casita," the new song takes on a heightened significance coming from Bunny, who is holed up in his native Puerto Rico, where there has been a very strict 9:00pm curfew for everyone who doesn't work an essential job. Let's just hope May 16th is indeed the last day we all have to deal with this stuff, for Bad Bunny's sake.

Check out Bad Bunny's tweet and the song below.