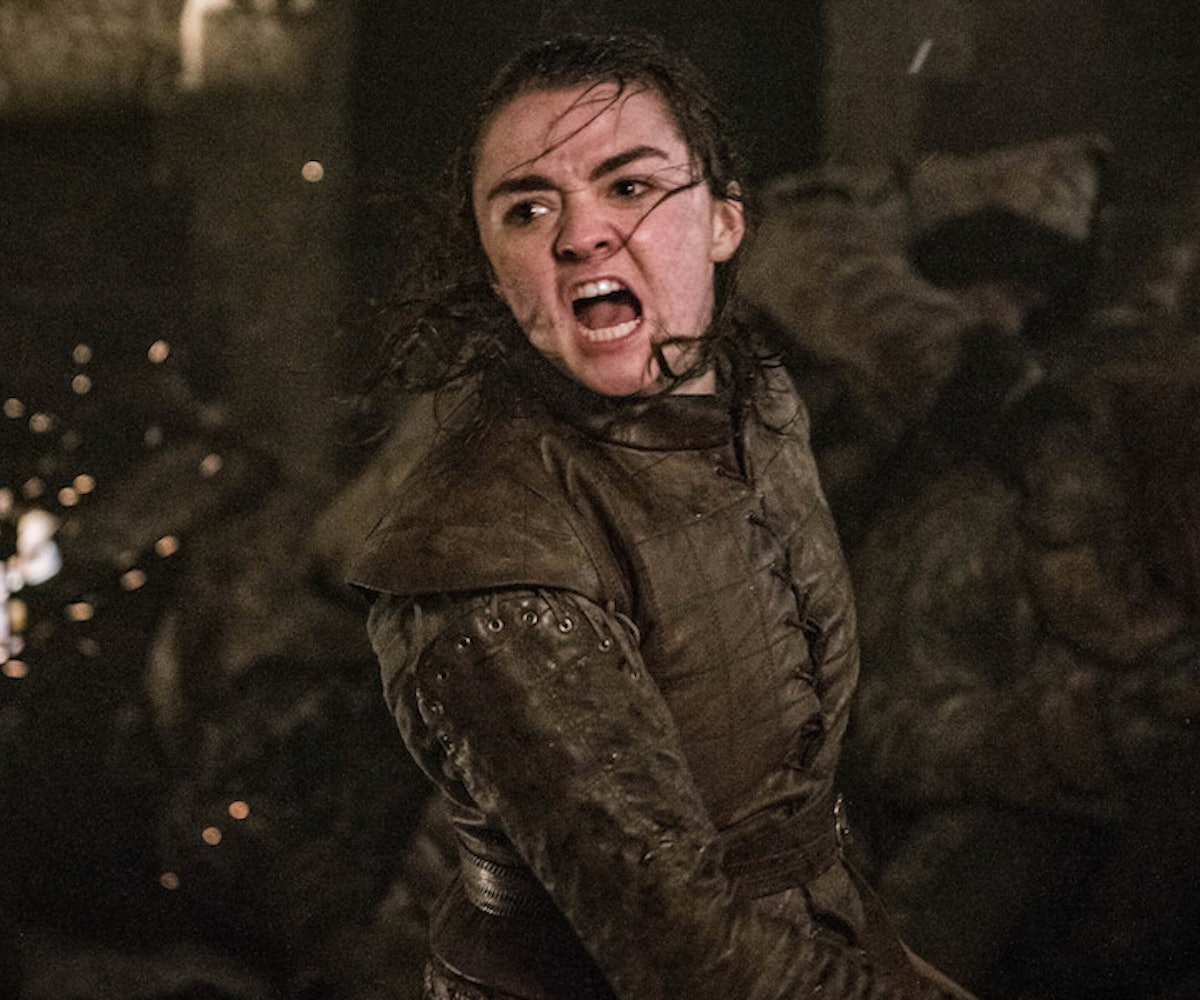 Winterfell may have been frozen over by a zombie-induced blizzard, but the memes were still piping hot during last night's episode of Game of Thrones. The episode had the potential to be the most gut-wrenching in the entire series, with all your faves facing death head-on, but internet debauchery came through and kept morale high. Spoilers ahead, so if you haven't watched "The Long Night" yet, turn back until you've caught up on everything that went down when the Night King came to town.

The third episode of the final season was dark, and we don't just mean figuratively. The lighting budget on this show must have gotten used up on other episodes, because we couldn't see a thing. This led to some confusion as to who was alive or dead (or undead), but that's the Long Night for you.

Meanwhile, bad bitch/witch Melisandre rolled up at the start of the battle to predict her own imminent demise, and then try to, uh, lighten things up a little bit, because why not? The White Walkers weren't impressed with her spectacle for too long, stomping out her magical flames pretty soon after they started, but hey, at least they were a little stalled?

Just as Melisandre said, she was there for a good time, not a long time. She didn't need Thanos to snap his fingers to make her turn to dust; once her fiery work was done, she called it quits for good.

One of the most talked about aspects of last night's episode is the vast differences in effort put into the battle by each character. Bran decided he was going to change the channel in that wacky brain of his and proceeded to zone out for nearly the entire episode, while Arya saved the whole damn day.

Like, really Bran? Really? Maybe all his warging was what brought the Night King to Bran, and gave Arya the perfect moment to sneak in unnoticed, but I'm pretty sure Bran could have provided a bit more intel as to what he was checking out through the eyes of the ravens.

And on that note, how TF did Arya sneak past all those White Walkers to attack the Night King? Was it just the perfect distraction, having him be so entranced by Bran? Regardless of how she got there, she really came through, just as the army of zombies made their fateful slip-up.

If it wasn't for Arya, Winterfell would be a whole lot deader. Even Jon and Daenerys have a chance to sort out their drama and lick their wounds because of Arya's swift kill. She's the only person I want to see sitting on the Iron Throne, thank you very much.

Of course, while Arya saved the day no thanks to Cersei's lack of support, Cersei was living it up at King's Landing thinking her brothers would die defending Winterfell. Well surprise, bitch! If Arya doesn't come for you, there are plenty of others who would love to have a shot at your neck now.