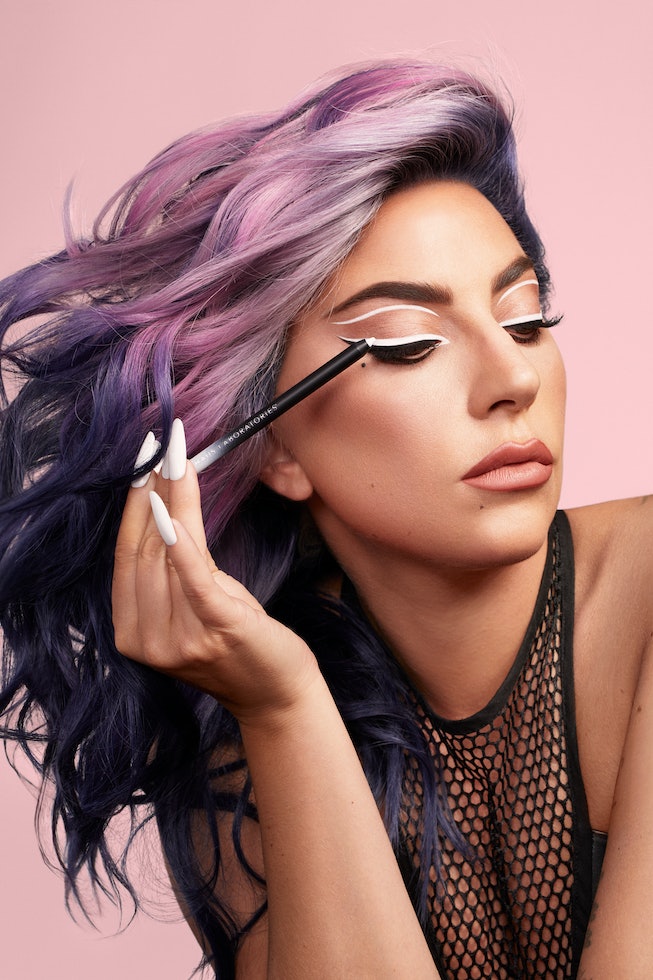 The art of eyeliner has always alluded me. Drawing a perfect line is no simple task, especially when I attempt to get artsy, recreating the wings and negative space popularized by social media. I had accepted my fate as a beauty writer that would never understand or properly wear eyeliner, but with the new Eye-Dentify Gel Pencil Eyeliner from Haus Laboratories, there may actually be hope.

Retailing for $18 and available in 20 shades — including shimmer, matte, and metallic finishes — the liner was specifically created to help users boldly express themselves. Unlike the previously released liquid eyeliner from Haus Labs, this gel formula liner, officially launching on August 4, was made for serious, pigmented payoff.

Lady Gaga has never been one to follow any sort of norms, making her own rules in every aspect of her career, including these liners. As Sarah Tanno, Global Artistry Director, Haus Laboratories, explained to NYLON, the gel pencils were made for smudging, drawing, lining, and creating the looks that you want to wear, no matter how perfect the application.

"We wanted something that would be really bold, full pigment, and an incredibly creamy application," Tanno said. "We put most of the focus on the application for the user. They glide on easy, and they're very easy to clean up. If you want to create your everyday wing, it's very easy to effortlessly throw it on."

In using the products for the first time, I found myself easily able to draw across my lid. The gel-formula went on smooth, and dried quickly. Smudge resistant and transfer proof, I felt that in applying the product, whether it was above my eye or below the brow, I was able to go back over multiple times without messing what was already applied. For one look, I used two shades, first going in with the deep navy shade Creep, and then applying a line of Pride, a violet with pink pearl, above it. Each color stayed within its boundaries, and it dried quickly enough that I was able to combine the two without creating a smudgy mess of color.

Going off a suggestion from Tanno, I also used the liner as eye shadow. Applying a touch of Antique Rose to my lids, I quickly smudged it across my eye with my finger before it dried. The color applied smoothly when drawn, and I found that it would make a great alternative option for eyeshadow, particularly when I might be on the run or traveling and don't want to pack a full palette.

The 20 colors included of the launch were made to play off one another, and in addition to creating wings, Tanno suggested layer colors around or across the entire lid, creating a look inspired by the "Rain On Me" video, or mixing metallic and matte shades for a fun look.

Although the creamy formula did make creating a wing a little easier, I also took advice from Tanno, who suggested, just going with the first application. "Don't do it in a way where it's so perfect that you're spending all this time making the perfect eye wing," she said. After applying, she suggested going back in with a Q-Tip and a touch of makeup remover to sharpen the wing or clean up the edges.

Tanno noted that Haus Labs wants to create products and tools that any makeup fan can use, regardless of their skill level. For my final look, I did a once unthinkable task, and created a floating eyeliner. Gliding Royale, a metallic gold color, along the creases of my lids, I went back and forth, creating a simple, but successful look in minutes. Admiring the completed line in the mirror and realizing I had completed a look I once thought impossible, I'd say that Haus Labs has definitely accomplished that mission.