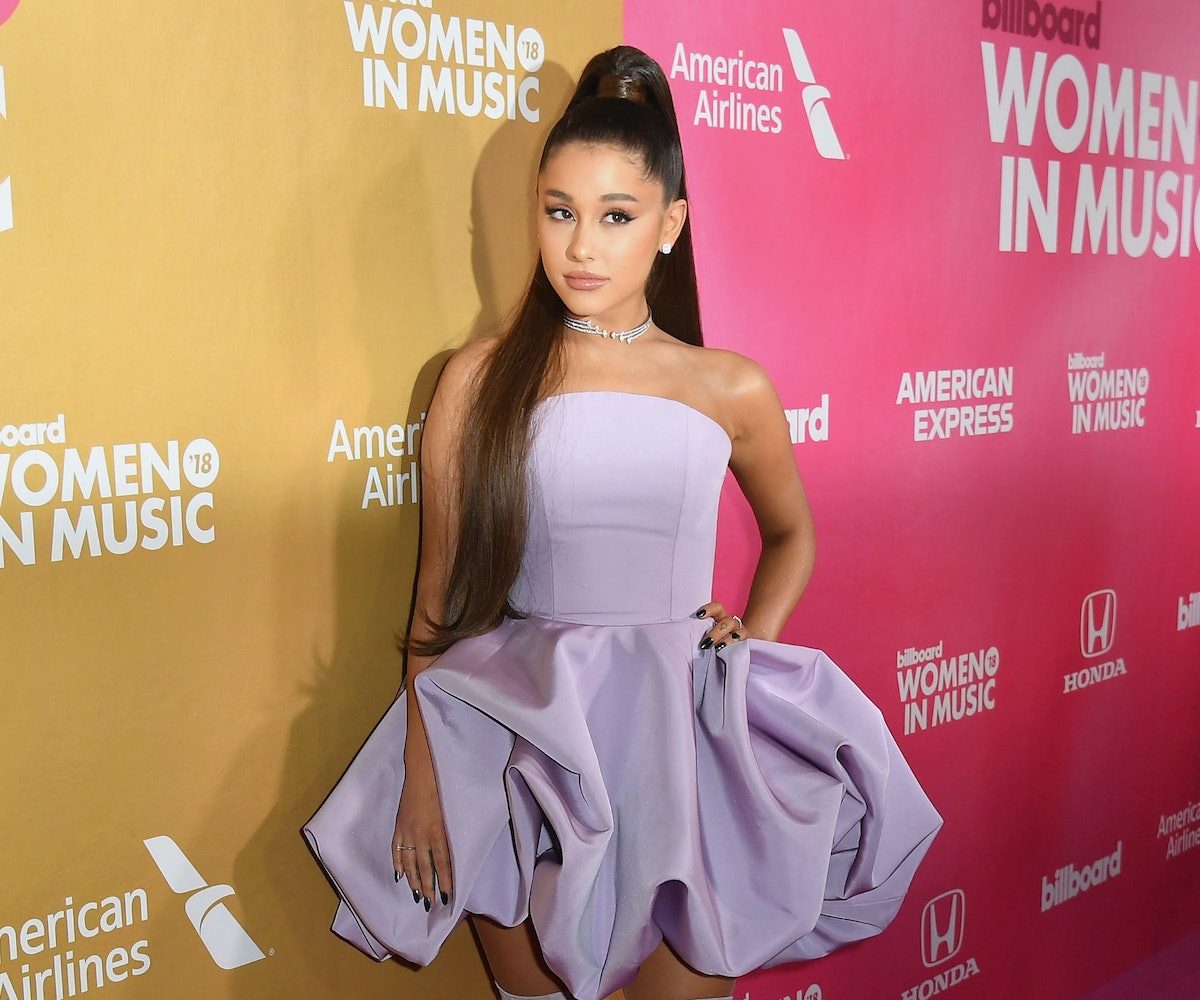 Ditching her quarantine curls, Ariana Grande fully embraced the look of her Disney doppelgänger during the Disney Family Singalong. Much of Grande's current social distancing routine has included wearing natural curls, but on Thursday evening she took on the role of Megara from Hercules, and used her sweet singing voice, along with some sequins, to fully embody her character.

As part of the televised singalong, Grande sang "I Won't Say I'm In Love" from the popular Disney animated film. Naturally, the performance was flawless, but her beauty routine proved just as spot on. During her virtual appearance, the singer wore her hair in a tight, high ponytail. She accessorized with defined, black eye wings, a set of sequins placed beneath her bottom lid, and a glossy lip.

Sharing a selfie on Instagram, she also gave followers a look at her manicure, which featured a heart-shaped cutout on the tips of each nail. She tagged the person possibly responsible for her mani, writing, "meg nails by @bettyinacherry." As Allure previously reported, the singer had shared an early look at the press-on nails worn during Thursday's singalong. In an Instagram Story posted early this month, Grande had photographed her nails in the midst of application.

Following the performance, fans on social media quickly noted the singer's resemblance to Megara, writing, "Looks like Ariana has got that Megara live action role on lock" and "It's wild how identical they look." One follower even pointed to the singer's signature hairstyle, writing, "It's no coincidence that they have the same iconic ponytail! Ariana Grande was born to play Megara!"

Unfortunately, Disney hasn't exactly confirmed or given any word on a reported Hercules live action remake, but if anything changes in the future, it looks like fans are officially ready for Grande to join the cast.

See the look for yourself, below.