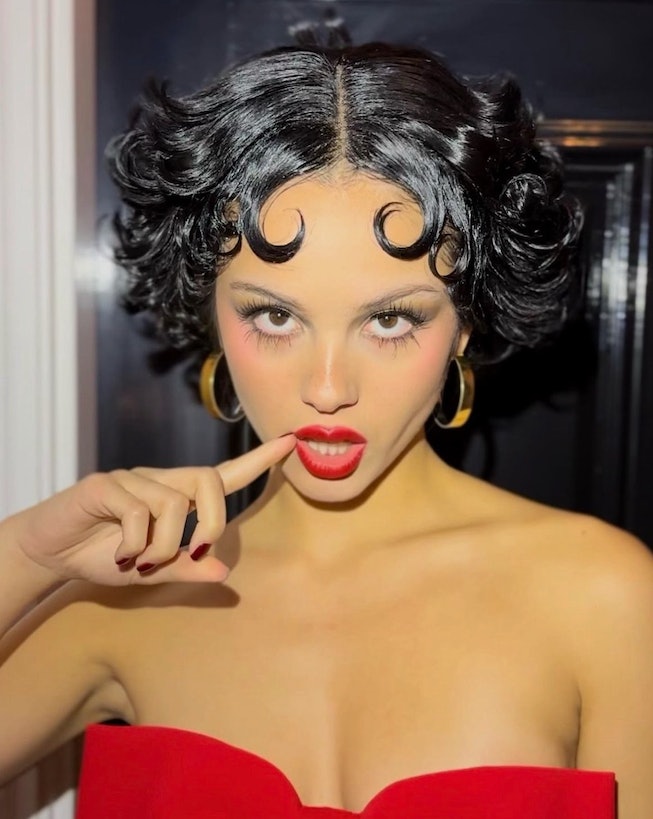 Halloween weekend 2022 is over, and yet the celebrity Halloween costumes keep rolling in on Instagram. With the sheer number of surreal and sometimes spooky celebrity Halloween costumes that appear over Halloweek, it can be tough to keep track of the best ones—especially when some of our most festive celebs offer us two or three different looks throughout the season. As the holiday that’s all about dressing up, wigs, and dramatic makeup, it’s prime time to see what celebrities and their professional glam squads can do. It’s fun to see our favorite celebrities in a number of different ways, including sometimes dressed as on another.

From all-over body paint to creepy contacts to full on movie recreations, the best celebrity Halloween transformations are totally over the top. Here, we’ve rounded up the best celebrity Halloween 2022 hair and makeup inspiration that win the year. Whether you’re looking for a last-minute costume idea or are already preparing for the festivities of next year, here are the transformations you don’t want to have missed.

Megan Fox and MGK as Pam and Tommy

Kourtney and Travis as Chucky and Bride of Chucky

Kourtney and Travis are basically the patron saints of Halloween. Every year we can’t wait to see which goth couple costume they’ll embody next.

Olivia Rodrigo took a break from her usual Y2K cosplay to dress up as the 1930s cartoon sexpot Betty Boop.

Kylie Jenner is known for nailing Halloween makeup year after year and this year’s costume may be her best yet. As the bride of Frankenstein, she wore a voluminous wig with two light highlighting pieces, pointed eyebrows, and real-looking facial stitches.

Why do one makeup transformation when you can do multiple? This year Jennifer Garner got into the Halloween spirit (pun intended) with the help of her makeup artist Fiona Stiles.

Doja Cat may have not known what she was dressed as this year but her blunt wig, line-drawn eyebrows, and lip liner combo is delivering major makeup inspo.

Ciara and Daughter Sienna as Serena and Venus Williams

Ciara and her daughter’s matching makeup milk mustaches and white beaded braids were as cute as they are accurate.

Diddy as The Joker

Halle Bailey as an Avatar

Another full-body blue transformation, this year Kim was almost unrecognizable as X-Men’s Mystique in a scaly super powered look.

Halsey as The Black Swan

Halsey did her own makeup for her dual White Swan/Black Swan Halloween costume—using all About-Face and af94 makeup, of course.

The group costume award officially goes to Lili Reinhart, Camila Mendes, and Madelaine Petsch, who teamed up to dress as the witches from Hocus Pocus.

Heidi Klum as a Worm

Heidi is known for being the queen of Halloween prosthetics, outdoing herself this year with her realistic-looking worm costume.

Hailey Bieber as a Versace Vampire

Janelle Monáe was unrecognizable on Halloween night, covered head to toe in white fur and bringing wonderland to life.

Lori Harvey as Beyonce was the crossover we didn’t know we needed.

We love Jordyn Woods’ Diana Ross makeup and the three-part black and white photoshoot she captured it with.