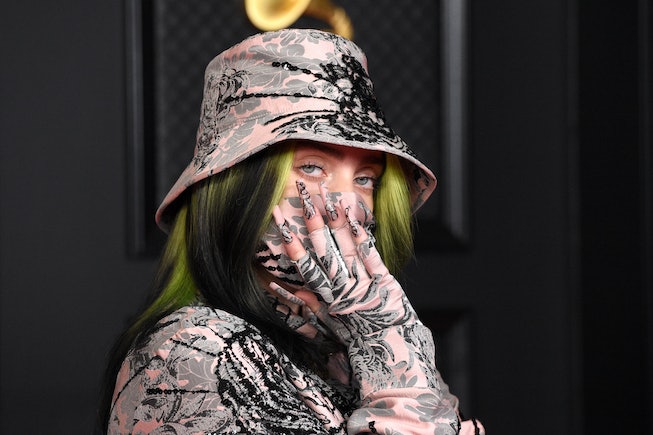 It’s a brand new era for Billie Eilish. After going through a prolonged period with her signature green and black hair, the singer has made a major change, and just revealed a brand new platinum blonde coloring.

On Wednesday (March 17) afternoon, Eilish unveiled her new hairstyle, sharing a video with the caption, “did you guess correctly?”

When the clip starts, Eilish isn’t on camera. However, seconds later, she appears, pulling her head upward to show off her new hair. She then shakes the style into place. Along with her unexpected change in color, Eilish also now has bangs. Other pieces of hair frame her face, creating the look of layers.

She later posted a second photograph, posing against a wall with parted bangs, and the blonde hair. “pinch me,” she wrote.

There’s no word quite yet on what might have inspired the change, but Eilish did hint that something was coming. Prior to the Instagram reveal, she had posted a photograph of a white wall to her Story, writing, “can you guess what color?”

The brand new look naturally has fans online buzzing. “Im living for it,” one person tweeted. Others couldn’t handle their feelings, writing, “BILLIE EILISH LOOK SO GOOD IN HER BLONDE HAIR HELP.”

Her major change in hair comes just months after Eilish responded to a fan that questioned her continued dedication to two-toned hair. At the time, she admitted that the color was the longest she’d ever stuck with one look, saying, “It's called not being depressed anymore pls just be happy for me...i've had the same hair color since I was 13 & and that's on mental stability and growth leave me alone."

She later confirmed that after the release of her Apple TV+ documentary, The World's A Little Blurry, she'd start a new musical era with a new hair color. As of yet, there’s no new music, but if the blonde hair is any indication, it’s only a matter of time.

See the transformation, below.