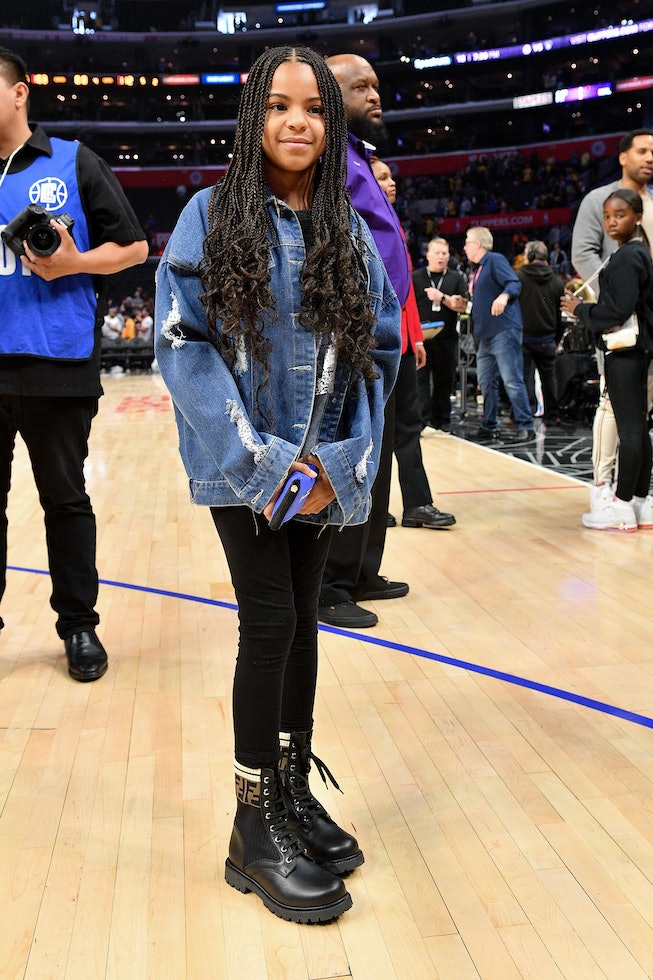 Without confirmation, it has become largely understood that 8-year-old Blue Ivy Carter is the one pulling the strings, making the calls, and getting things done in the Carter household, also occupied by her parents, Beyonce and Jay-Z, and her two siblings, Rumi and Sir. On November 9, more evidence to support this theory was shared on Twitter, as filmmaker and author Matthew A. Cherry quietly shared that the new audio version of his book, Hair Love, was narrated by no other than Blue Ivy Carter herself.

Released in December 2019, the story of Hair Love made history when the six-minute animated film — which followed the adorable process of a father learning how to do his daughter's hair for the first time — won an Academy Award for Best Animated Short Film, marking the first time a Black woman secured an Oscar in any animation category, and only the second time a Black man was awarded an animation Oscar. The film, created to "normalize Black hair," also received a 12-episode order from HBO Max for a spinoff, titled Young Love, announced earlier this year. A project this groundbreaking could only have been made more so with the inclusion of Miss Carter.

Available on Audible Plus ($14.95/month for subscribers) in the Children's Audiobooks and Literature & Fiction sections, you can hear Blue Ivy narrate the 4-minute long story — that already has a near perfect 4.9 rating — right now.

NEXT UP
Culture
Jenna Ortega’s Childhood Hobbies Included Animal Autopsies
Culture
Remember When Gossip Girl Made The Quintessential Thanksgiving Episode?
Culture
The White Lotus Will Return For A Third Season
Beauty
Taylor Swift Had 2000s-Inspired Side Bangs At The 2022 AMAs