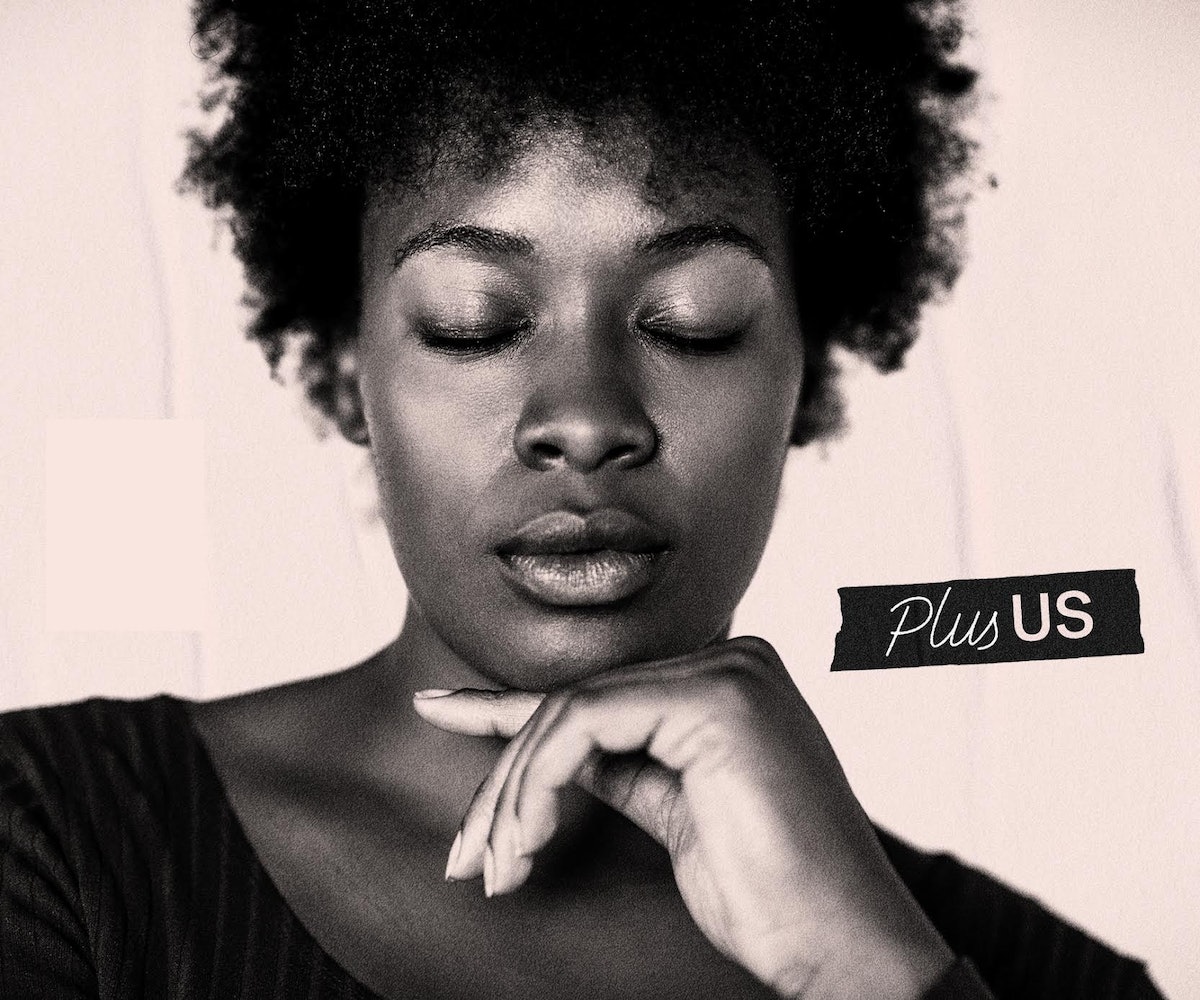 What really is body positivity? Well, that depends on who you ask.

As body positivity has become increasingly commercialized over the years, the message behind the movement — which originated as an offshoot of fat acceptance in the 1960s and ’70s — has become convoluted and one-size-fits-all. For many, body positivity and self-love are interchangeable terms, reminders that everybody deserves to be loved, appreciated, and respected. While that remains a warranted message, it raises a core issue: How will self-love save fat people from systemic fatphobia?

Many have seen the heated Twitter debates comparing “skinny shaming versus fat shaming,” placing side by side the different levels of oppression bodies face. And while it’s certainly true that no one body type is free of scrutinization from society’s toxic beauty ideals, the conversation at hand is not about which is worse but rather why they must be analyzed as two different forms of discrimination on two different playing fields.

“In general, the conversation around weight discrimination has become centered on white people’s bodies and thin bodies, and I think it has a lot to do with the fact that most times, this conversation is in the mainstream because of celebrities,” says writer Amapoundcake.

Celebrity power often drives the narrative, and the lack of big-name plus-size advocates — specifically Black and brown plus-size women in the mainstream — has diluted body positivity of its original intent: to dismantle systemic oppression of fat bodies. A lot is lost in the terms, however, especially in online screaming matches, making this conversation a vital one to continuing forward progression.

According to the Collins Dictionary, fatphobia is an “irrational fear of, aversion to, or discrimination against obesity or people with obesity.” The roots of fatphobia can be traced back to racism and the hatred of Black bodies, spiraling into the multi layers of oppression that fat folks face today. Fatphobia is far more complex than body shaming. It is an inescapable plague that affects fat people in the medical industry, in employment, in the fashion industry, and more.

Body shaming, on the other hand, is defined by Merriam-Webster as “the act or practice of subjecting someone to criticism or mockery for supposed bodily faults or imperfections.” As opposed to fatphobia, body shaming can be experienced by anyone, regardless of weight. This is especially true for those who battle eating disorders, body dysmorphia, or other body image-related obstacles.

Lumping these two issues together as one when they differ in fundamental ways downplays the extent to which fatphobia has reigned terror over fat bodies for centuries. While body shaming may sting and destroy on a personal level, systemic fatphobia is a societal issue that, for lack of a better term, often carries more weight on one’s life.

“There is a level of violence when you deny me access to a job to feed my family or feed myself, to provide clothes for myself, to live and thrive as a complete person,” Amapoundcake adds. “I love myself, but what does that mean for me when I go to the doctor’s office? What does that mean when the HR person has an internal bias against fat people? What does it mean when I get on an airplane and the airline has an obesity policy? Self-love just cannot save us.”

The very concept of self-love has become so convoluted that many believe that plus-size people should feel “empowered enough” by this movement to want to lose weight and “better themselves,” as if fatness is the worst state of being.

Charlotte Zoller, a curve model and columnist at Teen Vogue, thinks that analyzing the language we use may help in offering a better understanding to the situation.

“Fatphobia is the most comprehensively used term, but I think that we, as a community, should start to narrow down exactly what we mean when we’re discussing fatphobia,” Zoller says. She points to a recent conversation with Aubrey Gordon of Your Fat Friend, who suggested to Zoller that the term “systemic anti-fat bias” may be a better option.

“It’s weight-based oppression on a macro scale that affects those with intersecting marginalized identities to a much greater degree.”

The hope behind this language change would be to help thin folk better understand that the oppression of fat bodies is far more damaging and long-reaching than just being told to lose weight.

“If they’re unwilling or blind to the idea of anti-bias existing, it just perpetuates the idea of hierarchy of bodies,” Zoller adds.

Often, however, the experiences of fat folk are downplayed as fatness is still viewed as a choice or moral failure, a factor of life that could be “easily” changed with enough hard work and determination.

“Obesity research has been weaponized against fat people,” she continues. “There’s such a big push for ‘obesity care,’ but what about making sure that therapists understand weight discrimination? Or accommodating for our bodies? Or just being able to address body image outside of people needing to lose weight.”

While society at large still uplifts and prioritizes thinness, fat bodies are continuously exiled and ridiculed. And that is the cause being advanced with the fight against systemic fatphobia. For equal access, equal respect, and fair treatment across the board.

Body shaming anyone, regardless of size, is unacceptable and abhorrent behavior. People of all sizes, races, backgrounds, and genders are impacted by eating disorders, bad body image, and the like. And that is why we need more self-love in the world, to remind us all of our worth in those times of utter darkness.

But fatphobia is a different playing field, not one that needs to be compared on a greater or lesser scale, but one that must be acknowledged as a separate battle. Because while it’s phenomenal to see more and more thin celebrities speak out about their body image battles, that often does little in helping the fact that 48 states allow your employment to be terminated on the basis of weight.

There’s work to be done, more than most realize. The first step, however, is sincere conversation and true understanding.