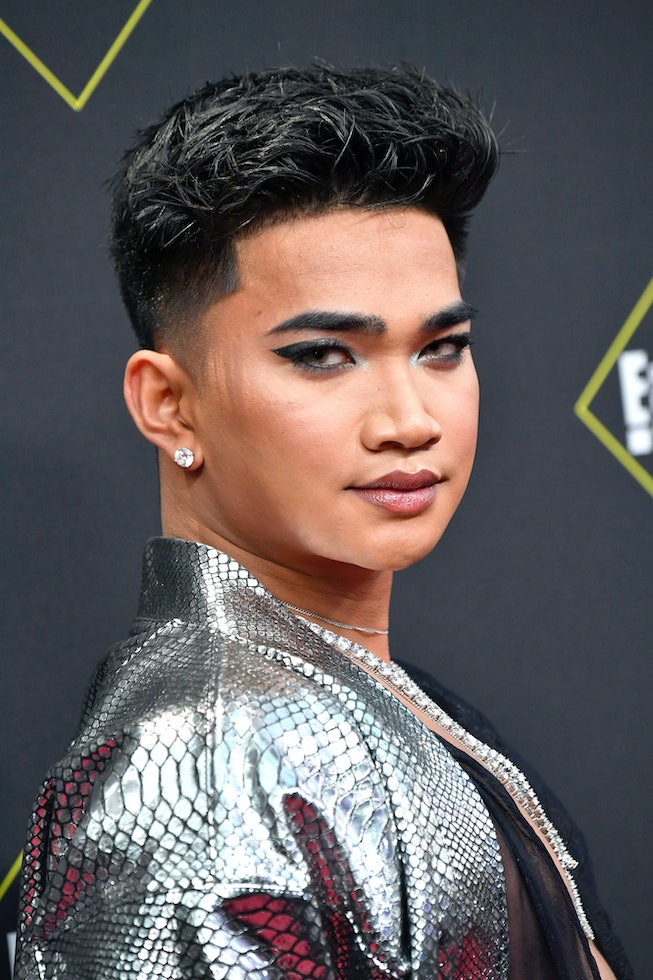 Bretman Rock is newly single, and he's sharing the news with everyone that follows him on social media.

On Tuesday (September 1) night, the YouTube makeup artist shared a brand new TikTok, captioning the clip with, "I’m only gonna address this once so listen up.... #fyp and Yes I’m good y’all I’m a bad bleep." Although the caption didn't directly address his relationship status, the video did, as, the YouTuber dances along to a backing track of "Single" by Popp Hunna.

The TikTok relationship update is brief, but Rock packs it with dance moves. At one point, he gazes into the camera and shrugs. The video then concludes with Rock bashfully hiding his face behind his hands.

Rock later made the relationship news official on Twitter, telling followers, "Lol go to spotify... look up Big Sean and then title of the 5th song suggested. This is the best I could come up with to say that lol but yes you guys I’m good don’t worry bout me I’m a bad b*tch." As followers helpfully pointed out, the fifth song happens to be titled "Single Again."

Prior to his social media announcements, Rock had included his former boyfriend in some social media posts and videos. However, he never showed his boyfriend's face, previously explaining that his partner did not like social media. His boyfriend had also noted that he didn't believe appearing together for online content "makes a relationship."

NEXT UP
Beauty
TikTok Wants You To Wear Mascara Anywhere But On Your Lashes
Beauty
Lil Nas X’s Beauty Evolution, From TikTok Star to Red Carpet Icon
Beauty
Where To Shop For TikTok’s Trendy Color Eye Contacts
Beauty
Harry Styles’ Beauty Brand Is Dropping Their First Makeup Collection This Week