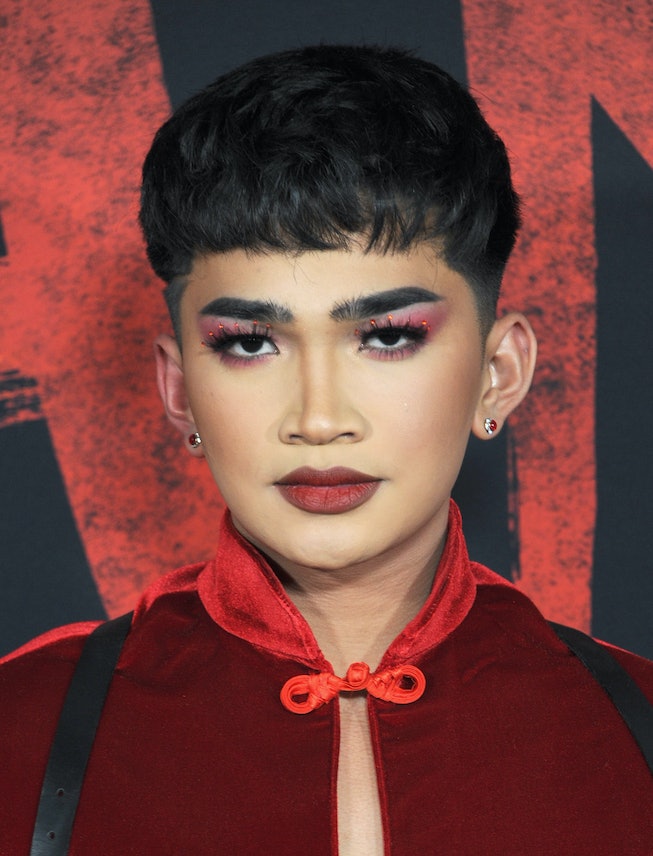 After waiting “so long,” Bretman Rock shared the surprising way he first met David Dobrik. Recalling how the pair met at the 2019 People’s Choice Awards, Rock revealed that Dobrik had made him feel “irrelevant.”

According to Rock, the pair first interacted after both won a People’s Choice Award. “I won Beauty Influencer of the Year at the People's Choice Awards. That was the same year that David motherf*cking Dobrik won Content Creator of the Year, whatever. They literally said our names back to back from each other when we won,” Rock said.

He went on, saying, “I went to his table to show my friends my award and this motherf*cking white b*tch — I wasn't even talking to him — he goes up to me and goes 'Who are you? What do you do? What did you win?'"

Rock was taken aback, saying, “First of all, I don't f*cking owe you an explanation. Second of all, they literally said our names and category right after the f*ck each other.” He went on to point out that the interaction came the day after Rock’s father had passed away. “No one has ever sh*tted on me and made me feel so irrelevant," he said.

As for what inspired him to finally go public with the story, Rock pointed to Dobrik’s recent “cancellation.” Buzzfeed News reports that multiple members of Vlog Squad, a YouTube group consisting of Dobrik and his friends, were accused of sexual misconduct.

Following the March accusations, Dobrik made multiple apology videos, saying that he believed the allegations, and that he was distancing himself from those accused. After sharing the video, Dobrik had chosen to take time away from social media, saying, “I think it is important to show that change is possible, and that I’m learning. And maybe even forgiveness is possible.”