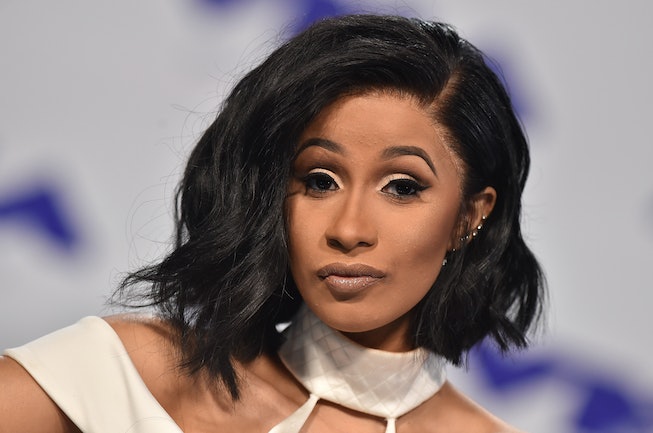 Cardi B is throwing it back to 2018. Nearly three years ago, the performer made a major beauty statement, debuting a sleek, red carpet-ready pixie cut at the MTV Video Music Awards. Now, the shorter style has officially returned.

On Monday evening, Cardi B unveiled new pastel pink-colored hair. The change in hue wasn't the only major beauty surprise from the star, though, as her Instagram reveal also contained the first look at a return to a shorter hairstyle.

Often hiding her natural hair under colorful wigs of all lengths and styles, this latest look was a departure from her usually lengthy hair. Keeping it closely shaved to her head, Cardi B's pixie cut came with a side part, and one section that retained some length.

She didn't reveal what inspired her to go so short, but she posted a number of selfies and videos that contained various looks at the style. In one video, she showed her latest manicure, which is painted a similar shade of pink.

In another clip, she confessed that "pink hair always gets freezy," and she later added an accessory, sharing a video of her with a pink headband adorned with bunny ears and flowers.

Get a look at the spring-ready style, below.