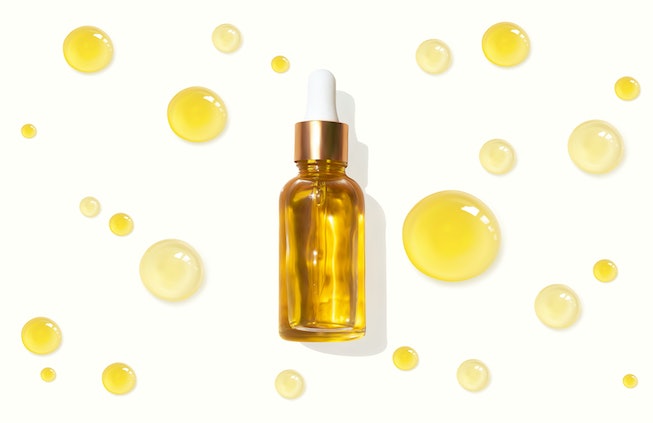 If there’s one thing Caroline Calloway knows how to do it’s to create buzz on the internet. The self-confessed “writer, artist and scammer” became a household name after she hosted failed creativity workshops and the tell-all essay of her former friend and ghostwriter Natalie. Since then, she’s dropped her book deal, started an OnlyFans, and continued to prove herself as the influencer the internet loves to hate.

The beauty and skincare space was one corner of the internet she had yet to infiltrate – until now. In line with her chaotic style of posting on social media, last night Calloway dropped her beauty secret—a homemade concoction aptly named, Snake Oil.

“I have the skin of a viral 18-year-old TikToker and I’m turning 30 in December,” Calloway addressed her followers on her Instagram story. She then proceeded to show a behind-the-scenes look at the at-home potions she creates, made from her collection of beauty oils from a variety of unlabeled bottles.

Calloway claims to use a special mixture, which she refers to as her “elixir of youth”, every night for glowing skin. Although she didn’t outline the full list of ingredients, she did mention using clary sage and sandalwood for their anti-aging properties–which are, in fact, real ingredients.

Soft-launching on Instagram with just nine bottles available for $75 each, Calloway says she’s been making the snake oil mixture for friends and called for her followers to make a waitlist on the post.

With a brand name that’s clearly a nod to her scammer reputation, there’s no way to be sure what you’re getting with her Snake Oil formula, just like with Calloway herself. For the brave or drama-adjacent, she’ll be restocking (allegedly) on Wednesday, June 7, with 48 new vials with the assurance of an ingredient list with new professional labeling. But for the more wary, you might be better off trying something tried and tested.