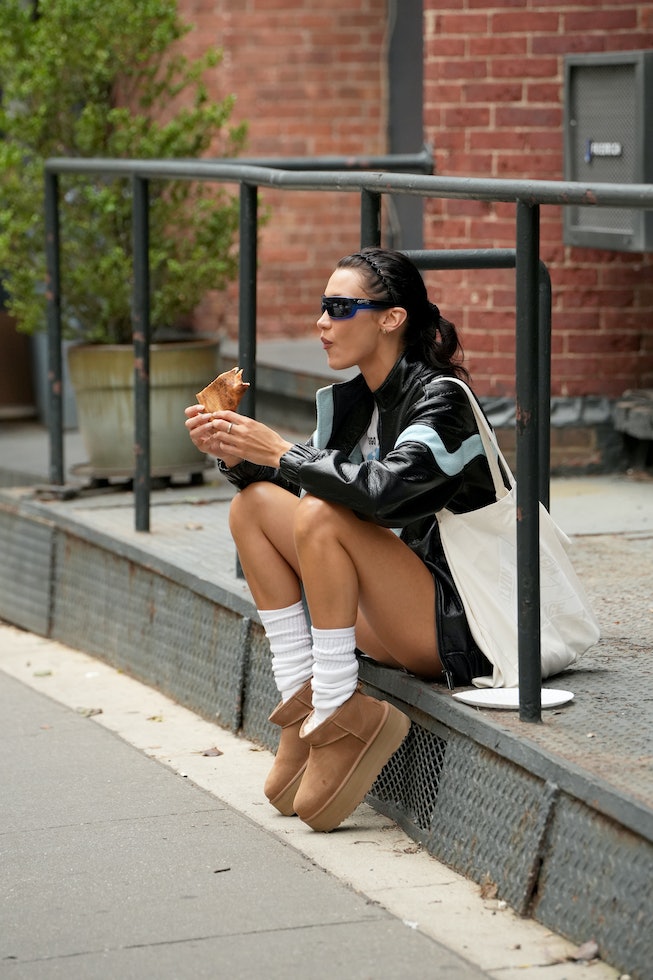 Although the classic sheepskin boots premiered on the fashion scene the late ’70s, it wasn’t until the Y2K era when the UGG brand began to branch out from SoCal beach culture into celebrities’ closets—and then the world. During that time, everyone from Beyoncé to Paris Hilton were seen pairing the cozy boots with mini skirts and expensive handbags. There seemed to be no occasion too formal (or too warm, for that matter) to keep celebs from wearing their UGG boots.

Like all trends, the craze died down after the original hype, but with the return of all things 2000s, UGG boots were poised for a comeback. And while it’s still debatable whether these boots are truly stylish, what’s for certain is that they are having a new moment. (When Bella Hadid was seen wearing her Ultra Mini Platform Boots, the style sold out immediately and have been on backorder ever since.) Below, check out the celebrities who are responsible for making 2022 the year of the UGG boot revival.