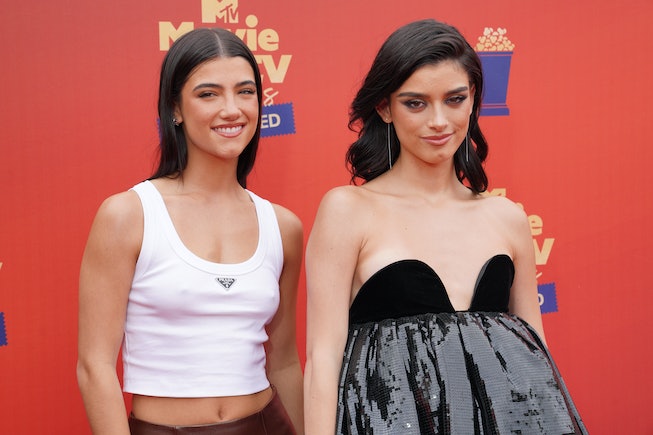 Looks like another celebrity skin care line will be coming soon. With a second season of Hulu’s The D’Amelio Show just around the corner, the powerhouse family is launching a brand, D’Amelio Brands, as part of a bid to extend their influence into the greater beauty and fashion space.

The sisters are already no strangers to working in beauty and fashion. Dixie has partnered with Puma on a collaboration earlier this year and just this June, Charli launched her first fragrance, Born Dreamer. Together, Charli and Dixie have also had a clothing brand with Hollister, Social Tourist, since 2020. Now, the creation of D’Amelio brands is part of a strategy to have the opportunity move away from branded deals in favor of their own brands.According to Bloomberg, “Their father Marc D’Amelio will run the new operation, which has already integrated the family’s existing fan merchandise shops”.

For their first ventures, “D’Amelio Brands plans to begin with a women’s footwear line and a skincare label to be released by the end of the year”, continues the Bloomberg article. So you heard it here— we may be getting a Charli and Dixie D’Amelio skin care line as soon as in just a few months.

Charli and Dixie who are 18 and 21 years old, respectively, have already garnered 400 million followers across social platforms since rising to prominence on TikTok in 2019. Charli is now the second most-popular creator on the app and currently more than 146 million followers alone. The family also is the subject of their own streaming TV show, The D’Amelio show, which is set to release season 2 on September 28. Both the social media stars have had numerous brand partnership deals that have intrigued new investors in the family’s latest brand ventures—such as the Fanatics Inc., Apple and Lionsgate Films. As of now, the D’Amelio’s already have $6 million in capital toward their growing brand.

But for the moment, Charli and Dixie D’Amelio will be focused on their current projects, with Charli having her acting debut in the upcoming horror movie, Home School, and Dixie continuing her pop music career (her latest song is “A Letter To Me”). They are still never far from a red carpet for continuing beauty inspo, but we’re looking forward to the sisters revealing their beauty secrets on their own terms.