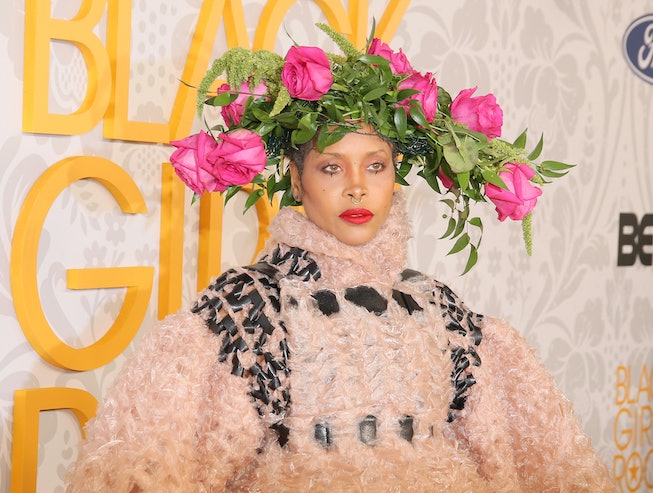 2020 has become the year of many things — but on the lighter end of the spectrum, its seen the rise of extremely unique scented goods. Following the news that Gwyneth Paltrow turned to her orgasms for inspiration on a candle scent, Erykah Badu confirmed she's working on a perfume named Morning Wood.

Arriving to her online store in August, Badu shared news of the perfume and its scent with Twitter. According to the performer, Morning Wood features "natural sandle wood resin with pine and cedar and other thangs" and it's "perfect with a cup of tea as u wake and bake." Closing out her tweeted announcement, Badu wrote, "Innuendos not included" with purchase.

As for what inspired this premature perfume announcement, Badu was merely responding to a Twitter user that inquired what products she had for "the gays." It's a fair question, considering the inquiry came as Badu announced a restock of her vagina-scented incense.

Released to coincide with the launch of an online store, Badu had created an incense called Badu's Pussy, Rolling Stone reported. She also shared of her creation process, saying, "I took lots of pairs of my panties, cut them up into little pieces and burned them. Even the ash is part of it…The people deserve it." And now, the people deserve perfume.