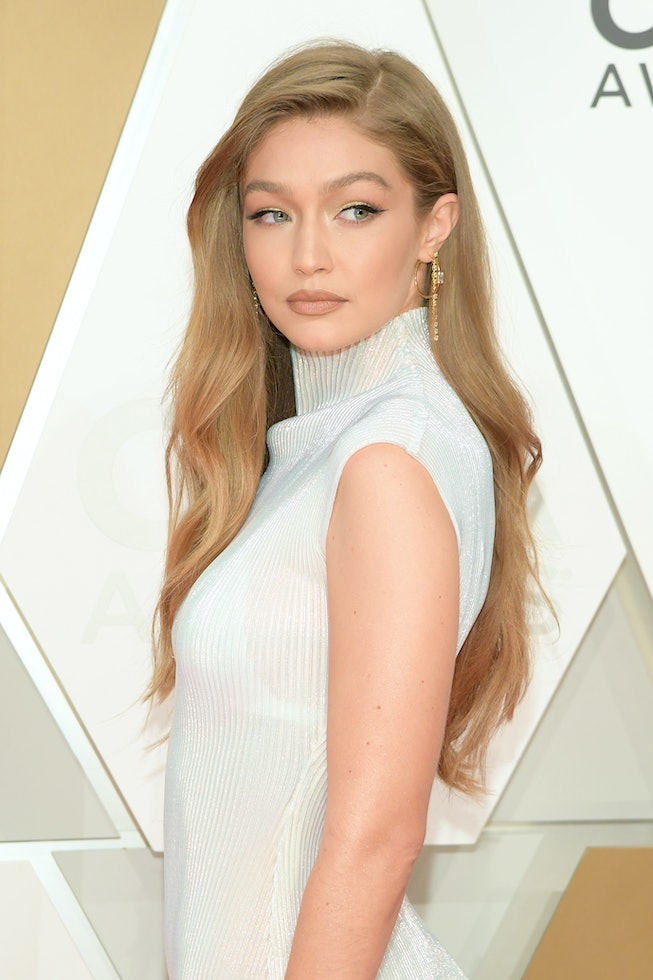 Gigi Hadid revealed the major skin impacts she experienced during pregnancy. Appearing in a video for Vogue, the new mom shared the changes she made to her beauty routine while she was pregnant, confessing that ultimately, despite the skincare woes associated with that time, she learned to not be so hard on herself.

The model explained that she chose to swap out her usual skincare regimen for the duration of her pregnancy, choosing to instead use natural, clean products. She used mainly items from Oliveda, but reported that after having her daughter, she's resumed her use of Cetaphil.

When it comes to skincare tips, Hadid suggests applying lip balm at the beginning of your routine, noting that it can really moisturize the lips until you're ready to later apply lipstick. As for hiding unexpected blemishes, Hadid shared her Fashion Week go-to, revealing that she uses toothpaste as a means of acne treatment.

To get her everyday glow, she uses Charlotte Tilbury’s Wonderglow Face Primer and Hollywood Flawless Filter. In the midst of application, she reflects back on her makeup journey, noting that she's used tips from makeup artists and photographs to discover what looks best on her. "I'm gonna teach my high school self what she should have done," she says of her current routine. Other featured items in the routine include a selection of shades from Maybelline's Nudes of New York palette, a dash of metallic lip coloring, and mascara.

As for achieving Hadid-inspired eyebrows, the model relies on a tip from her mom, and never lets anyone else pluck her brows. She also uses eyebrow wax, saying that she likes to keep things looking fluffy and natural.

If you decide to follow this routine for yourself, Hadid does have one helpful hint, remarking that it's important to take the time for yourself and be creative. "It's really about focusing on myself for half an hour," she says.

Watch her every skincare secret in the video, below.