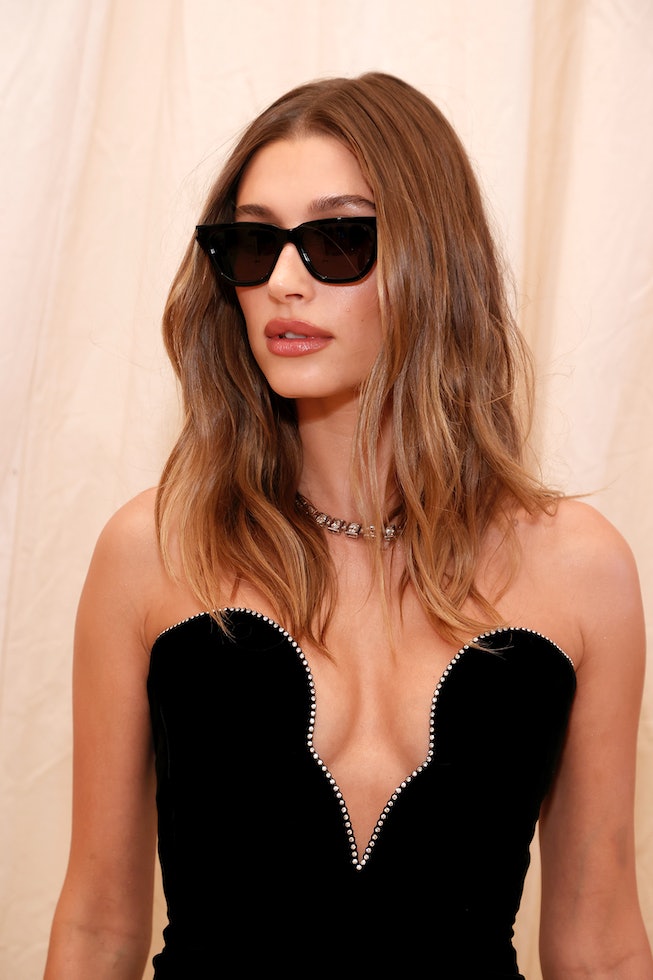 Hailer Bieber may have asked her husband, Justin Bieber, to stop adding tattoos to his neck, but she just got another one of her own. December 19, tattoo artist Dr. Woo shared on Instagram that the 25-year-old got a neck tattoo a while ago, capturing the photo “Lil NY 🍎 love ✍🏼 on Hailey awhile back.” In the picture, the words “new york” were written in a delicate font below a small diamond tattoo.

It’s not Hailey’s first tattoo—or neck tattoo—as the model has "20-something" tiny tats on various parts of her body. On her neck area alone, she has the word “belleza” (which is Portuguese for “beauty”) as well as the word “lover” in large writing and a tiny cross. Despite this, in Justin Bieber’s 2020 YouTube documentary series “Justin Bieber: Next Chapter,” he said, “I think I’m done on my neck. That’s a Hailey request”. Justin has a number of neck tattoos already, including a large, thorny rose and a peach (also done by Dr. Woo).

In recent years, neck tattoos have gone from being taboo to a go-to spot for celebrities like Ariana Grande, Demi Lovato, and Britney Spears—part of the shift to normalize more visible tattoos (like face tattoos) that were previously deemed “unprofessional”. While Hailey is yet to post the new tat to her own Instagram, with her most recent pic being a beachy photo with her hair covering the back and sides of her neck, we no doubt will see it poking through her hair soon.

Hailey wasn’t born in New York, she and Justin now share an apartment together in Brooklyn and the model has lived in the city home since she was a teenager—so we think it’s safe to say she calls New York City, home. A cute but subtle tribute to the city that never sleeps, we hope Hailey reconsiders Justin’s neck tattoo ban. We’re also yet to see if the model will stop getting neck tattoos of her own. We hope not, she makes them look so good.