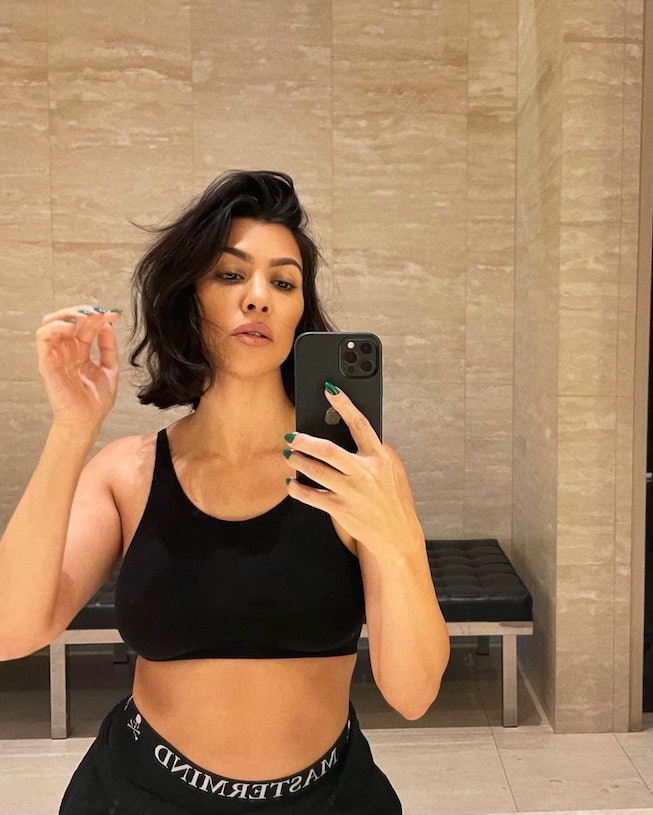 A shift in seasons is a natural opportunity to switch things up and there’s nothing that screams change better than a new fall haircut. This season, especially, there are many reasons to consider getting a real cut. For starters, you can actually go to the salon with little event and get regular trims if you find a style you love. Bangs and bobs are nearly impossible to maintain with only a pair of household scissors and a can-do attitude. With a little more access, fall 2021 can be the season of the haircut.

Look at it this way– you’re probably in need of a cut anyway. Chances are your hair is experiencing some damage after some summer activity like lounging by the ocean or swimming in a chlorine-filled pool. Or maybe you’ve just been beating your hair into submission with hot tools on the daily due to the above-average humidity. If you’re honest with yourself it might be time to let some of that length go.

If you’re not sure what style to try next, we’re here to help. We’ve searched far and wide for the hottest hairstyle trends of the upcoming season. During the Fall 21/22 Couture fashion season we saw a lot of chic short-length hairstyles on the runways of Chanel, Fendi, and Christian Dior. Close-cut afros and chin-length bobs are going to be major players this year. For the girls with longer tresses, you don’t have to chop everything off to be on trend. We’ve been seeing a lot of our favorite celebrities rocking face framing layers. If you want to split the difference between long and short styles, you’re in luck because the shaggy mullet is here to stay. Keep on reading to see what fall 2021’s five top haircut styles will be.

The bob has officially made a comeback. The short-length hairstyle is great for showing off your face and a confidence streak. This season, the classic hairstyle has been reimagined for different textures with blunt ends to really add some edge. It doesn’t have to be super pristine anymore. If you want a big change or you’re looking to cut out damage on your ends try the bob. It has to be between chin and nape length or it doesn’t count.

When Rihanna brought back her mullet earlier this year, there was an energetic shift. While Rihanna’s style choices don’t necessarily indicate what mere mortals can pull off, something about the shaggy style really took hold. Teens have been cutting off their ponytails to create uneven layers ever since. Miley Cyrus has also exemplified the style and appears to be bringing it into the fall. With these harbingers, you know the style will be one of 2021’s hottest haircuts. A rock and roll mullet (or it’s more wearable cousin: bangs and short, choppy layers) is an easy way to let everyone know you’re not one note.

If you’ve been itching to get the big chop and start new with your strands, there’s no time like the present. Mini and short Afros have been all the rage on the runway these past fashion seasons. The cropped cut is model-esque on more than just models as it reveals pretty much everything. Better yet, in one haircut you can (a) get completely on trend and (b) get rid of many years of past damage.

For those who aren’t ready to part ways with their lengths, getting layers is the simplest way to make long hair look like something different. Depending on the layers, it can give you hair texture, bounce, and sometimes even make it look fuller. Shorter front framing pieces are also a boon for those, now popular, ’90s style updos. Bonus points if you add the subtle layers to bold colored hair like Sadie Sink.

Ever since Netflix released the most recent season of The Crown, the fascination with Princess Diana (especially amongst people who were born after she passed) has sky rocketed. As life continues to imitate art, the late princess’s ’90s esthetic has only become more relevant. As image leaks of what the new season continue to roll out as well as anticipation for Spencer staring Kristen Stewart increases, we can expect that versions of Princess Diana’s classic face-hugging haircut will attract those with shorter, wavy to curly hair. It’s surprisingly short, but that’s part of the fun of making a change.