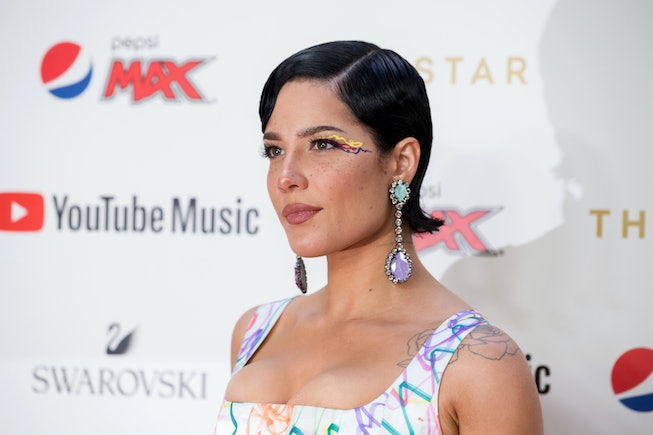 Social distancing has become a time of major beauty experiments for many celebs. Following in the footsteps of stars that debuted DIY trims and new dye jobs, Halsey experimented with her own look, showing off a very Sailor Moon-inspired ensemble. On April 21, Halsey transitioned from pop star to Sailor Scout with a pink wig and matching Sailor Moon-inspired outfit on her Instagram.

Sharing the photo with her followers, Halsey joked about her move into cosplay, captioning the post with, "Alex, I’ll take: “Things I’m Doing” for 500." As for what exactly she's doing, the singer decided to cover her short brunette hair with a pink wig. The pastel wig matched Halsey's choice of clothes, which included pink combat boots, a pink skirt, and a matching crop top with bow.

The photo, which racked up nearly two million likes, featured plenty of supportive comments, including one follower's request to join this unofficial gang of Sailor Scouts. Others pointed out that Halsey appeared to be thriving, writing, "Anime girl on lock" and "IM SCREAMING."

Halsey didn't reveal whether she's contemplating a more permanent shade of pink or a future of fighting crime, but a color change wouldn't be out of the question. In the past, she's went with rainbow roots, a blue buzz cut, and at one point, in 2017, she did have pink hair.

Peep Halsey's all-pink look for yourself, below.