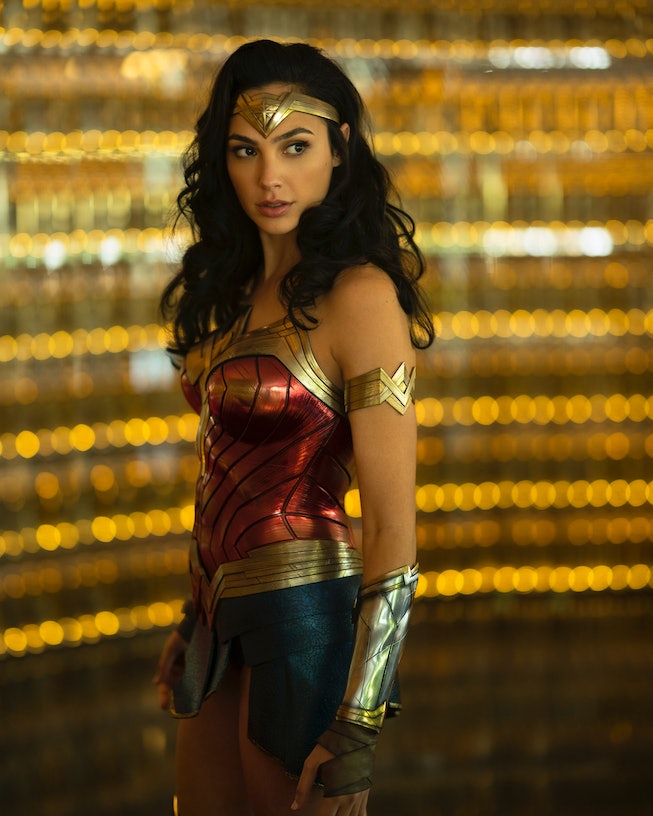 Set against the backdrop of the '80s, Wonder Woman 1984 features a film filled with beauty trends popularized of the time. While many of the film's characters, including Barbara Minerva (Kristen Wiig) embrace the decade's big hair and bold coloring, Wonder Woman goes for her own look. As the film's star, Gal Gadot, revealed in an interview with Allure, there was a purpose behind her character's decision to blaze her own beauty path.

A trip through Wonder Woman's beauty past will lead you to a character that often relied on red lipstick and voluminous curls. But, for Hollywood's latest adaptation, the film chose a look of subtly. "Wonder Woman works in the shadows," Gadot explained to Allure. "She's already Wonder Woman, and she's tall. She doesn't go unnoticed – and we found that going with a bold lip was just going to draw more attention."

Instead of wearing a lip packed with red pigment, Gadot's character prefers a light, natural pink. However, Gadot shared that one scene in the film did feature the use of red lipstick. According to her, the more pronounced shade of dark red was the Crushed Rubies hue from Revlon. As for Wonder Woman's hair in the 84 adaptation, she's often spotted with soft curls, even when her hair is placed under a tiara.

For those looking to recreate the looks depicted of the film, there are multiple beauty collaborations available to meet your heroic needs. Prior to the movie's official release, Ulta released a collection of themed beauty items from the movie, including a cosmetics bag, while Revlon unveiled a palette and lipstick made with the decade's rich hues in mind. KIKO Milano also got in on the fun, unveiling metallic lip coloring, and House of Silage unveiled a luxe version of red lipstick, complete with a collective case.