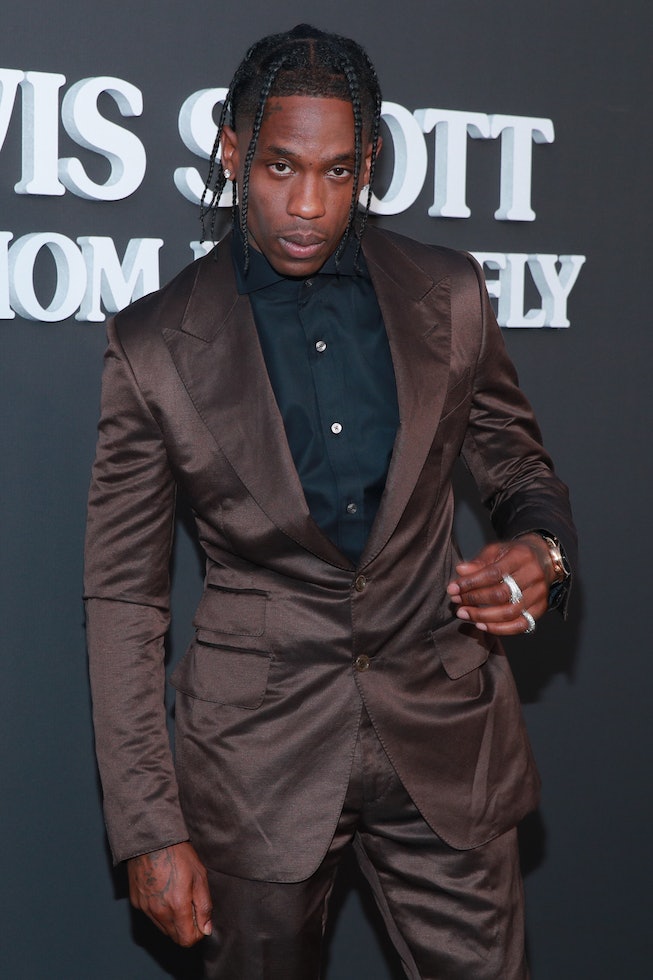 There is apparently no industry that Travis Scott can't touch. Following the launch of his very own McDonald's meal and Twitch livestreams, the rapper is trying his hand at fragrance with no other than Byredo. On November 30, the beloved fragrance and cosmetics company announced and subsequently launched the Cactus Jack for BYREDO collection.

Inspired by the galaxy and all things cosmic, the collection includes Scott's take on two of the brand's best-selling products: a wearable, 100ML Travx eau de parfum ($285) and a Travx candle ($95), both formulated with the same notes. What those notes are? Hard to say. Leaning extremely hard into the collaboration theme of space, both products are listed with vague, fantastical sounding notes — like top notes of cosmic dust and antimatter particles, middle notes of starlight (what the brand is explaining as "the scent of supernova") and base notes of atmospheric vapor and dark nebulae.

Unsurprisingly, the collaboration sold out in record time on both byredo.com and travisscott.com, but if you're still hoping to get your hands on the collaboration, regardless of what it actually smells like, a restock is inevitable. Currently, there is an option to be notified when the collection becomes available again on both sites — and when it is, you'll want to move faster than last time.