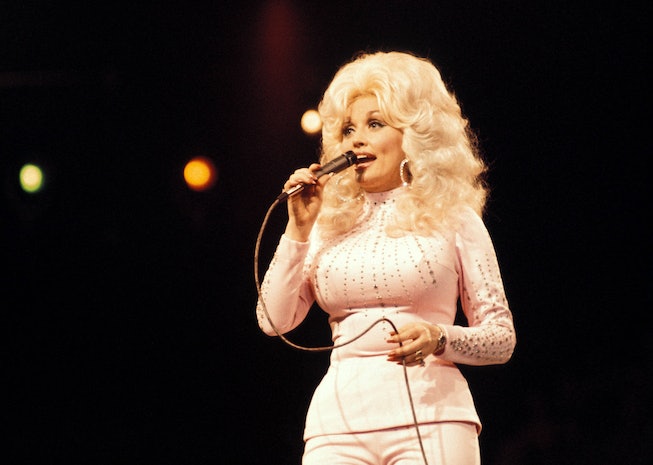 While a majority of the country will have their attention on the biggest football game of the year, one of America's favorite singer-songwriters, Dolly Parton will be announcing her latest beauty venture during the game's commercials, giving the world yet another reason to stay in love with her.

On Sunday, February 7, Miss Parton will be announcing the launch of her new fragrance line. The new bottle of perfume — titled "Dolly, the Scent From Above" — will be appearing in a commercial for Squarespace during the duration of the game.

The fragrance will come in a pink square-shaped glass bottle with a pink butterfly topper, filled with top notes of black currant, crisp pear, mandarin, and peony blossom; middle notes of jasmine, lily, and vanilla orchid; and a smokey base of sandalwood, musks, and amber wood.

While the actual fragrance won't be released until July of this year, fans of Parton can head to the fragrance's website, DollyFragrance.com, immediately after the commercial airs to purchase a deluxe sample size of the fragrance, and receive a $10 off credit of the full-size version when it's released.

Get a closer look at the bottle, below.