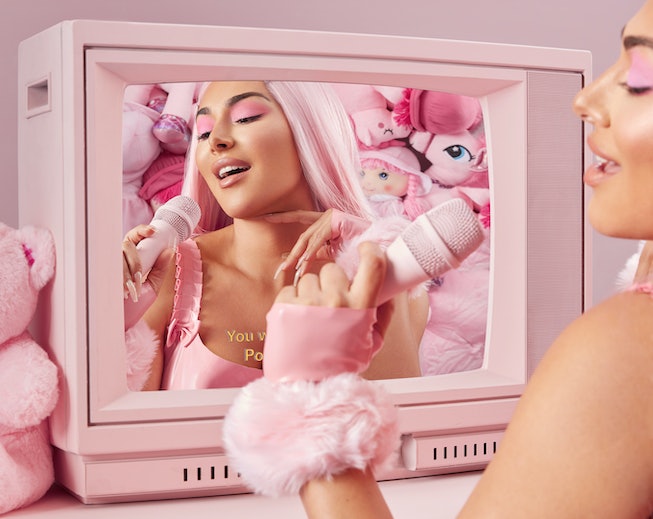 Influence in the beauty community is no longer determined solely by sales. Thanks to the rise of social media platforms including TikTok, Instagram, and YouTube, a beauty brand can potentially reach millions, and based on some recent number crunching via Cosmetify, it appears that two brands are at the top when it comes to influence.

Although storied beauty brands including M.A.C. Cosmetics, Maybelline, and e.l.f. will always have a place in the makeup industry, Cosmetify reports that the top two most influential beauty brands, according to its calculations, are Huda Beauty and Kylie Cosmetics. Both are relatively new, having been founded only within the last decade.

As part of its tabulation method, Cosmetify examined the social media reach of each company, and included the number of YouTube subscribers, Instagram followers, and TikTok followers in its count. Based on its findings, Huda Beauty has more than 53 million combined social media followers. Kylie Cosmetics comes in second with 26 million followers, while M.A.C., Anastasia Beverly Hills, and NYX round out the top five.

Other featured names include Fenty Beauty, which is estimated as the eighth most influential brand with 11 million followers, while ColourPop ranks as number 13.

NEXT UP
Beauty
30 Latinx-Owned Beauty Brands You Will Love
Beauty
September 2022’s Best Beauty Launches Will Keep You Cozy And Cute Throughout The Fall
Beauty
Olivia Cooke’s Beauty Evolution, From Indie Ingenue to ‘House Of The Dragon’ Queen
Beauty
Halloween Cat Makeup Ideas, From Easy to Inspired