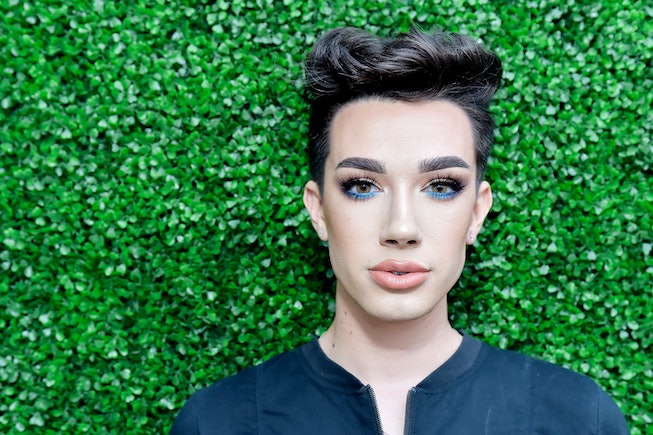 The beauty YouTube community has been relatively drama-free since the events of Dramageddon 3 last unfolded. With many of those involved now pledging silence and resuming work on other projects, James Charles has spoken up with the help of a current TikTok trend.

As of late, TikTok users have used La Roux's single "Bulletproof" to create videos that highlight their resilience. Many of the videos are humorous in nature, with users joking about their "Bulletproof"-like abilities to move on past hardships. On Sunday, August 16, Charles referenced his own brush with drama, uploading of a video of himself set to the trending TikTok song.

For the clip, Charles blinks and smiles beneath a caption that reads, "You think you can hurt my feelings? I lost 3 million subscribers in one day & cancelled over something I didn't actually do." He accompanied the video with a caption that read, "2019 was a dark year."

More than 4 million TikTok users have liked the clip, which is a reference to the year in which Charles became the focus of a negative video created by fellow beauty YouTuber Tati Westbrook. Titled "Bye Sister," the video, which was later deleted, focused on why Westbrook had chosen to end her longtime friendship with Charles. Others in the beauty YouTube community, including Jeffree Star and Shane Dawson came forward with comments that aligned with Westbrook's views.

In a surprising turn of events, Westbrook returned in June 2020 with a secondary video, alleging that Star and Dawson had purposefully given her misinformation on Charles. She offered an apology to Charles, and since then, Star has responded, refuting claims that he was at the center of the "situation." He too apologized to Charles, and said he intended to remove himself fully from the situation going forward. For his part, Charles has remained relatively quiet on the events of Dramaggedon 3. This TikTok marked Charles' first public comment of the whole debacle — watch it below.