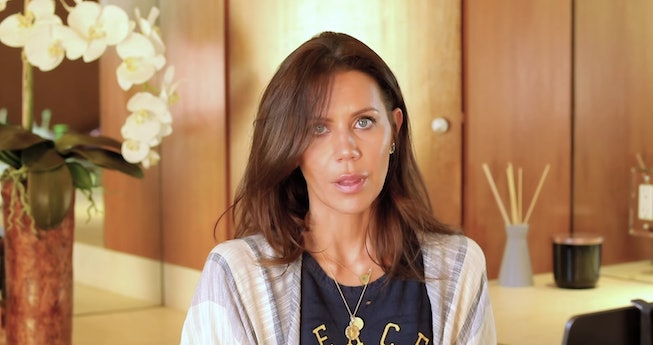 There's a fresh chapter in the ongoing drama that is Dramageddon 2. After a year of silence on the beauty YouTuber matter, Tati Westbrook has come forward, releasing a 40-minute video that details her decision to once disavow James Charles. In the clip, she attributes most of the misinformation she received on Charles to the actions of Jeffree Star and Shane Dawson.

For those unfamiliar with the matter, it was nearly a year ago that Westbrook had made a video titled "Bye Sister." In the now deleted clip, she announced her friendship with Charles was over, and she had called out a number of instances in which she disagreed with his behavior.

At the time, Star had made comments that aligned with Westbrook's views. Charles later denied the accusations, and both Westbrook and Star later said they would no longer address or participate in any further discussion regarding their previous accusations; Westbrook also deleted her original video which contained the accusations.

Now, Westbrook is claiming that Star and Dawson were the ones that fed her the information she used to back the claims made in her "Bye Sister" video. She begins the video by saying, "I have struggled privately every day to restore my now poisoned reputation, the heartbreak that was born from the scandal still lingers."

As the clip continues, Westbrook dives into what happened leading up to the video and after. She denies ever calling Charles a predator, and directs an apology at him. "I allowed myself to be worked by Shane, Jeffree, and others," she says. "I was foolish for believing them."

Later in the clip, Westbrook addressed her previous friendship with Star, noting that any relationship she had shared with him ended after she released her "Bye Sister" video. According to Westbrook, when she met Star, he had presented himself as someone who had changed, and she felt she "could be a positive influence" on him.

Westbrook later explains what she believes motivated Dawson and Star to feed her stories regarding Charles, saying, "Neither of them were happy with standing in his shadow on YouTube anymore. I believe James Charles was gaining more followers and receiving more views and more press faster than anyone in the history on the platform and it’s also my opinion that Jeffrey and Shane needed James marginalized and out of the way for their November launch of the conspiracy palette along with Shane’s merch."

Westbrook also hinted that her role in pursuing this matter isn't done. Calling statements made by Star and Dawson regarding the video as "cowardly and defamatory," the YouTuber said of others, "Anyone who did anything underhanded or defamatory over the last year, I am still well within the statute of limitations for bringing a civil action to seek recovery for my damages. Should I proceed with this course of actions, my attorneys will be deposing all witnesses who have information about the truth of what happened here. For anyone else, whose hands are dirty, that have not yet come forward, be careful of your allegiance. You don't want to be on the wrong side of the truth."

Star has not yet publicly commented on the clip, but Dawson had gone live, disputing claims made by Westbrook. The video also comes as Dawson announced his decision to leave the YouTube beauty community. Since then, he's made further communication via social media, apologizing for past racist behavior. However, a recently unearthed video showed Dawson sexualizing a poster of a then 11-year-old Willow Smith, and this resulted in further pushback from the Smith family; Morphe Cosmetics also removed any of Dawson's products from the site, but declined to comment as to why.