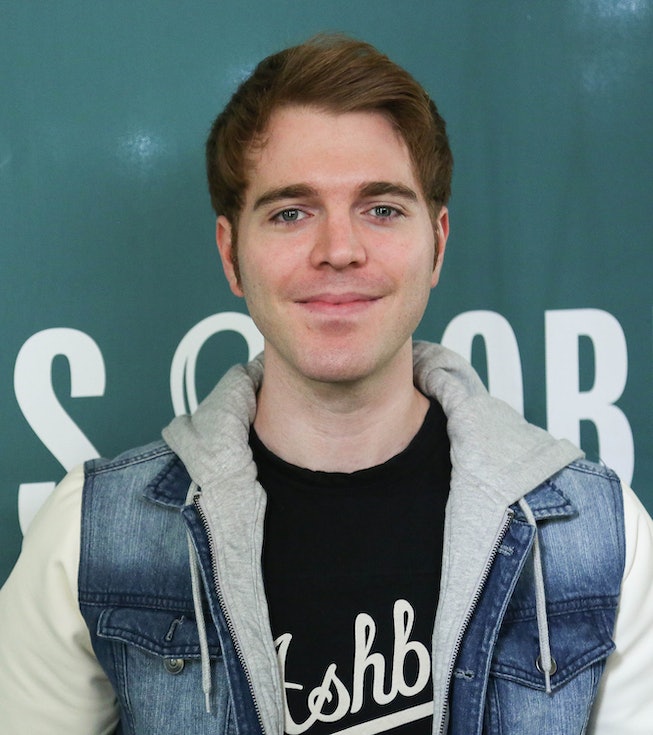 In a now deleted tweet, Shane Dawson announced he's officially done with the YouTube beauty community. While the YouTuber might be "over it" when it comes to the frequent drama surrounding the community, that doesn't mean he left without addressing some of what previously occurred between James Charles, Tati Westbrook, and Jeffree Star.

Over the weekend of June 20, Dawson posted, and then deleted, a lengthy note addressing the "circus" like atmosphere that is YouTube beauty. The note, which was screencapped and shared by others, had Dawson addressing speculation that he was involved in the drama between Charles, Westbrook, and Star, Insider reports.

For those not keeping tabs on what previously went down, nearly a year ago, Star and Westbrook had accused Charles of predatory behavior, Insider reports. Charles later denied the accusations, and both Westbrook and Star later said they would no longer address or participate in any further discussion regarding their previous accusations; Westbrook also deleted her original video which contained the accusations.

Although it's been more than a year since the accusations against Charles were made, Dawson appears to freshly address them in his note. He admits that he did know Westbrook intended to make a video addressing Charles, but he did not know the clip would be "intense." He denied having any involvement in the creation of the video, and said that since it's happened, he's "really sick of hearing about it and having people constantly using it as a way to keep my name and other names tagged together in drama videos."

He apologized for any role he might have played in fueling the drama by hinting at what occurred in promotional videos for his Conspiracy palette launch, Insider reported. "Putting drama in the trailer was something i regret more than anything in the world and I'm mad that I chose tea over my morals," he wrote. Even with the apology, Dawson wrote that Charles was a "young egocentric power hungry guru who needed to be served a slice of pie the size of the f*cking Empire State Building."

Calling his collaboration with Star "one of the best experiences" of his life, Dawson pointed out that anyone subscribing or watching YouTube beauty gurus should know, those who are "always involved in scandals are all the f*cking same. They are all attention seeking game playing egocentric narcissistic vengeful two faced ticking time bombs ready to explode." Calling YouTube gurus creative and talented, he said that side of the Internet is "obsessed with looks, money, power, fame, screenshots, and subtweets."

After posting the four-page explanation, Dawson then deleted his tweet. He later explained why, writing, "I’m done. For those who wanted me to “address it” I did. I’m sure u can find it reposted somewhere. But I don’t want this energy in my life or on my timeline. I’m too sensitive for this shit and I’m done."

After sharing his note, SocialBlade reports that Dawson lost more than 52,000 Twitter followers, and reactions from social media have been mixed. "I’m not going to disregard your feelings or mental state right now and I hope you heal but it seems like you’re passing the blame around. You can’t make a statement and then avoid the situation," one person tweeted. "Oh my god take accountability for once," another follower remarked.

Since making the original post and deleting it, Dawson has remained silent on Twitter. His last post on Instagram featured the YouTuber unboxing a restocked Conspiracy palette, which was announced by Star and Dawson just days before his departure. As for those mentioned in the note, Star, Charles, and Westbrook have not responded. The letter from Dawson also comes after Kameron Lester created a video in which he had accused both Star and Dawson of speaking about Charles, and addressed Star's tokenizing behavior.

NEXT UP
Beauty
This Hailey Bieber-Approved Blush Now Comes In 4 New Shades
Beauty
12 Lunar New Year Beauty Releases To Ring In The Year Of The Rabbit
Beauty
Isamaya Beauty’s New Lipstick Was Designed To “Celebrate The Male Form”
Beauty
This Viral Black Honey Lipstick Dupe Is Only $5
Style + Culture, delivered straight to your inbox.